From 1 January 2014 the new Euro VI emissions standard will come into effect. That is why the next Unimog implement carrier generation, the Unimog extreme off-roader and the new Econic with low-level entrance will be introduced in autumn 2013 with the new Mercedes-Benz BlueTec 6 engines in their established markets. In addition, these three vehicle model series go to the starting line with extensive design innovations to the interior and exterior, as well as innovations concerning driving and operating characteristics. Many components have been adopted from large-scale truck production, such as the new electronics architecture, chassis components, new drive train and control elements. The Econic in particular has become a new vehicle, except for the tried-and-tested cab body. With it, new standards for this unique vehicle concept have been set for municipal transport, refuse collection and short-radius distribution applications. 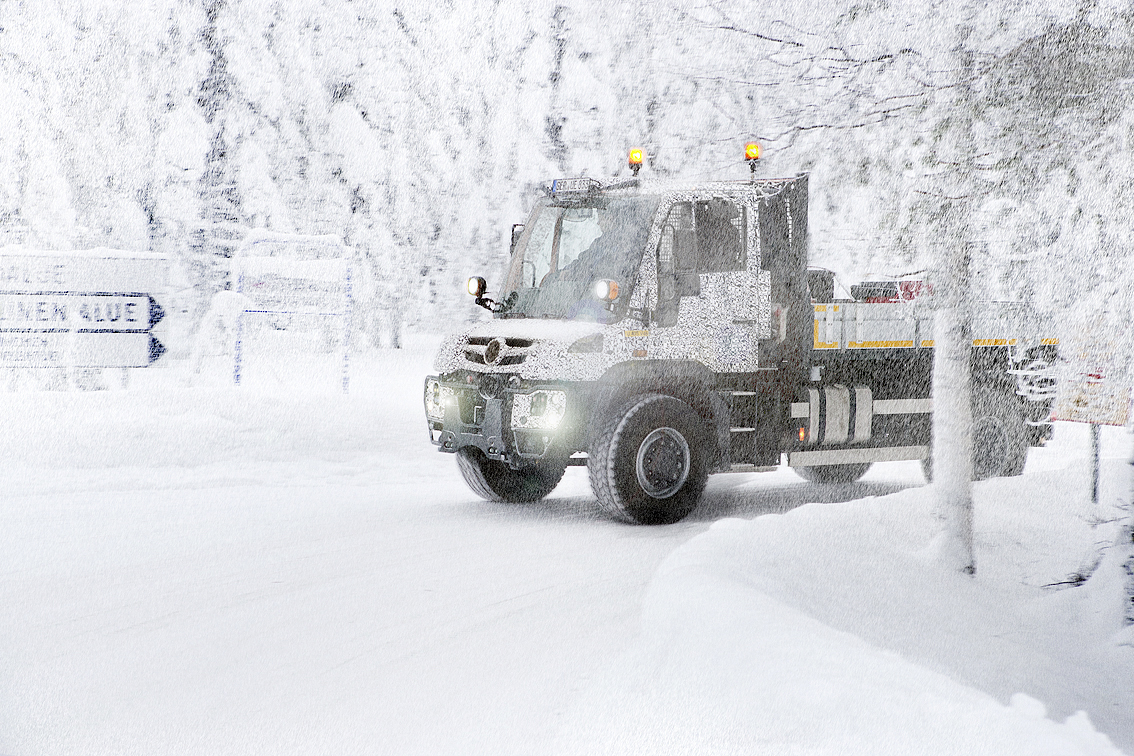 Currently the test vehicles are undergoing the last tests, for example for use in winter road clearing. Once again, this year’s winter testing was carried out in Rovaniemi, Finland which is the capital of Lapland on the Arctic Circle. The vehicles had to complete extensive tests not only with regard to handling and driving characteristics but also in terms of ergonomics and comfort. This ensured that the new vehicles with Euro VI technology could cope with sever climatic conditions and extreme requirements, whilst reliably carrying out customers’ tasks on a daily basis.
Whether clearing snow in the Alps, cleaning solar panels in the extreme heat of Spain, or for a wide variety of different uses in road servicing all year round, there is one thing that a Unimog must guarantee: the unique vehicle concept must perform its tasks reliably, regardless of altitude, temperature or weather conditions. This also goes for the Econic, the innovative and versatile vehicle with low-level entry for all types of waste disposal tasks.

Cold starting at minus 30 degrees Celsius
For three years now, the Mercedes-Benz engineers have been subjecting the latest generation of Special Trucks fitted with BlueEfficiency Power engines to the toughest of conditions as part of their winter testing programme. Temperatures of down to minus 30 degrees Celsius, snow metres high and icy roads all present a huge challenge for man and machine. On the test ground with its vehicle dynamics and handling course, a turning loop and a forest track, the development team subjected the new vehicle generations to weeks of extremely tough tests. The aim was to optimise the vehicles’ function, efficiency, ergonomics and operating comfort. All the trucks were fitted with high-tech measuring equipment, which at times was attached to over 300 measuring points and collected huge amounts of data. For example, this enabled the testers to gather information about the cold-starting performance of the Euro VI engines and the function of the drive train at minus 25 degrees Celsius. Based on the results, the engineers were able to develop additional measures to improve cold start properties down to lower than minus 30 degrees Celsius, for example through auxiliary heating to pre-heat the coolant. 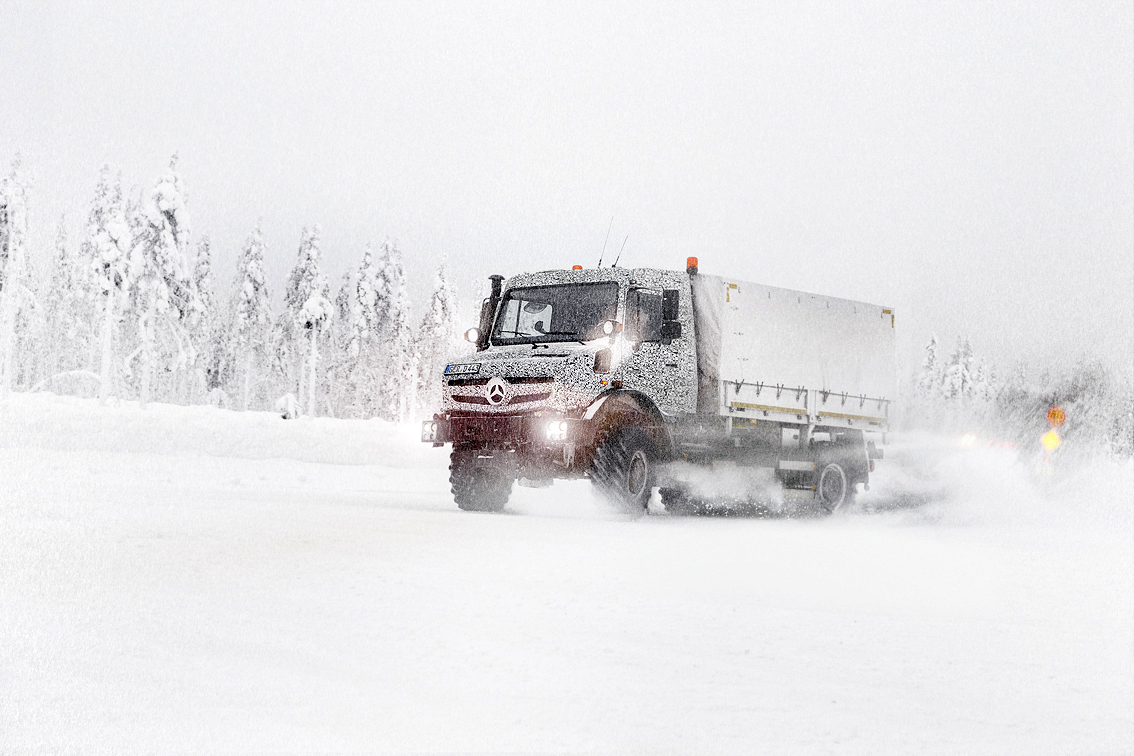 The elements of BlueTec-6 technology were also tested: these include the particulate filter, which, in combination with the Mercedes-Benz SCR system, has been in successful use for years, reducing particulate emissions to levels where they can barely be detected. Also tested were the functionality and speedy thawing characteristics of the AdBlue system at temperatures below minus 10 degrees as well as its guaranteed reliability. The most essential aim, however, was that despite all of the measures which permit the vehicles to conform to the Euro VI standard, fuel consumption should remain low.

The vehicle testing in Finland didn’t just look at technology: the focus was also on handling, safety standards and driver comfort. These elements include reliable, effective heating including a heated windscreen to provide a clear field of vision as quickly as possible. At the end of the test, the engineers depended on this, because the final part of the test was the long journey from Rovaniemi to Arjeplog in Sweden through the ice-cold Scandinavian winter. At the end, Walter Eisele, Head of Production and Development for Mercedes-Benz Special Trucks, and his team were highly satisfied with the results. “It’s a very special experience when, after so many months of development, you can drive the new Econic and the new Unimog over long distances in the endurance test and under extreme conditions,” said Eisele.

Summer testing at 45 degrees Celsius in the shade
The vehicles must of course show their worth in summer tests. These are held every year in the hottest months, July and August, at the test centre in the province of Granada in southern Spain. There, among other things the engineers test the vehicles’ performance on climbs into the Sierra Nevada up to an altitude of around 2500 metres in extreme heat which can rise to over 45 degrees in the shade, a dry climate, and strong sunshine. Features tested include the functioning of the air-conditioning and cooling systems. “Whereas the winter trials in Finland test the vehicles for their adaptability in extreme cold, in Spain we make sure that heat and different altitudes do not present a problem. This ensures that our customers can rely on our vehicles for all uses and at all times,” Walter Eisele summed up the aim of the sophisticated tests. 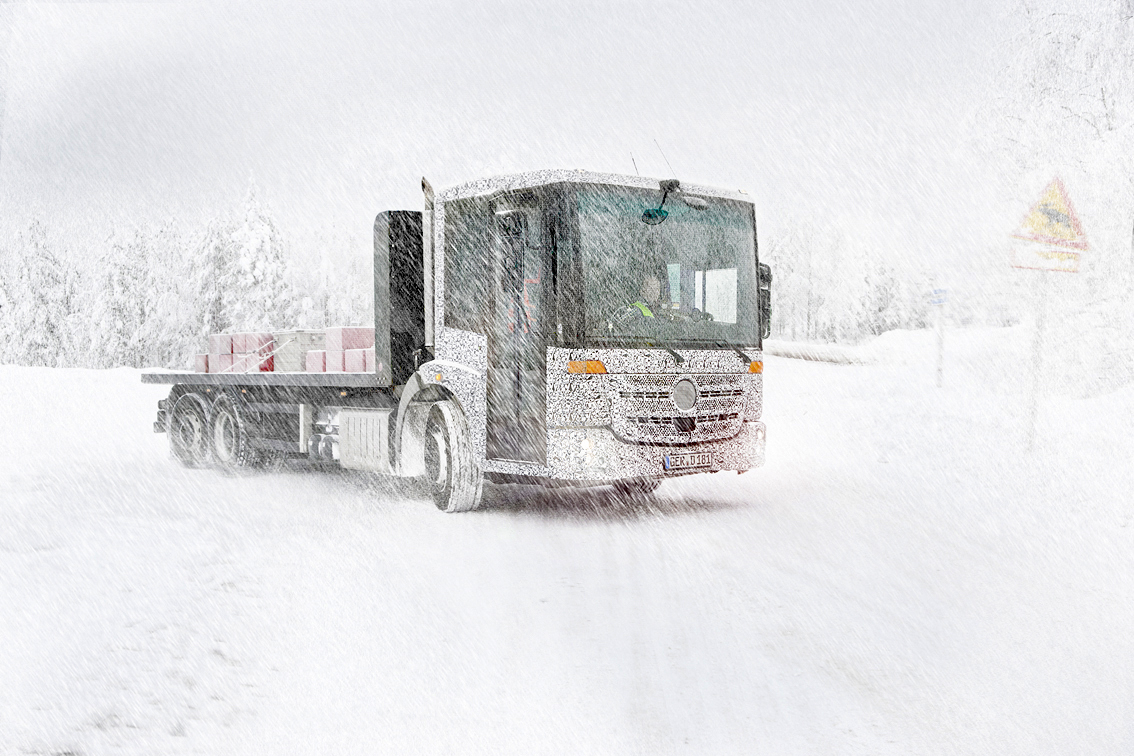