Daimler Trucks is presenting the Mercedes-Benz Urban eTruck, as the first fully electric truck with an admissible total weight of up to 26 tonnes

This means that in the future, heavy trucks will take part in urban distribution operations with zero local emissions and hardly a whisper. The market launch of this technology is conceivable for Daimler Trucks at the beginning of the next decade. In the light distribution sector, Daimler Trucks has already been impressively demonstrating the day-to-day suitability of the fully electric truck in customer trials with the FUSO Canter E-Cell since 2014. The development of electric trucks and series production maturity are fixed parts of the strategy of Daimler Trucks to build on our technological leadership. For this purpose a considerable part of the future investments by the truck division in the fields of research and development flow in the further development of the full electric drive.

Urbanisation requires fully electric trucks
Better air quality, lower noise and restricted-access zones are now important keywords in large metropolises worldwide, because more and more people worldwide are moving to cities. 2008 was the first year in which more people lived in cities than in the countryside. The trend is continuing: The UN predicts a global population of nine billion people by 2050, with approximately 70 percent of them living in cities. In future, it will be necessary to transport goods in urban environments for increasing numbers of people – and with the lowest possible emissions and noise. By now large cities such as London or Paris are considering a ban on internal combustion engines in city centres in the future. That means: there will be fully electric trucks ensuring the supply of human with food or other goods of daily needs.

Innovative battery technology
Technically the Mercedes-Benz Urban eTruck is based on a heavy-duty, three-axle short-radius Mercedes-Benz distribution truck. In addition, however, the developers at Daimler Trucks have totally revised the drive concept: The entire conventional drivetrain being replaced by a new electrically driven rear axle with electric motors directly adjacent to the wheel hubs – derived from the electric rear axle which was developed for the Mercedes-Benz Citaro hybrid bus. The power is supplied by a battery pack consisting of three lithium-ion battery modules. This results in a range of up to 200 km – enough for a typical daily delivery tour. Thanks to the integrated concept with motors adjacent to the wheel hubs, the batteries are housed in a crash-proof location inside the frame

As the EU Commission is in favour of increasing the permissible gross vehicle weight of trucks with alternative drives by up to one tonne, this will more or less level out the weight surplus of the electric drive. This will raise the permissible gross vehicle weight of the Urban e Truck from 25 to 26 tonnes, which will bring the original extra weight down to 700 kg compared with a directly comparable IC-engined truck. 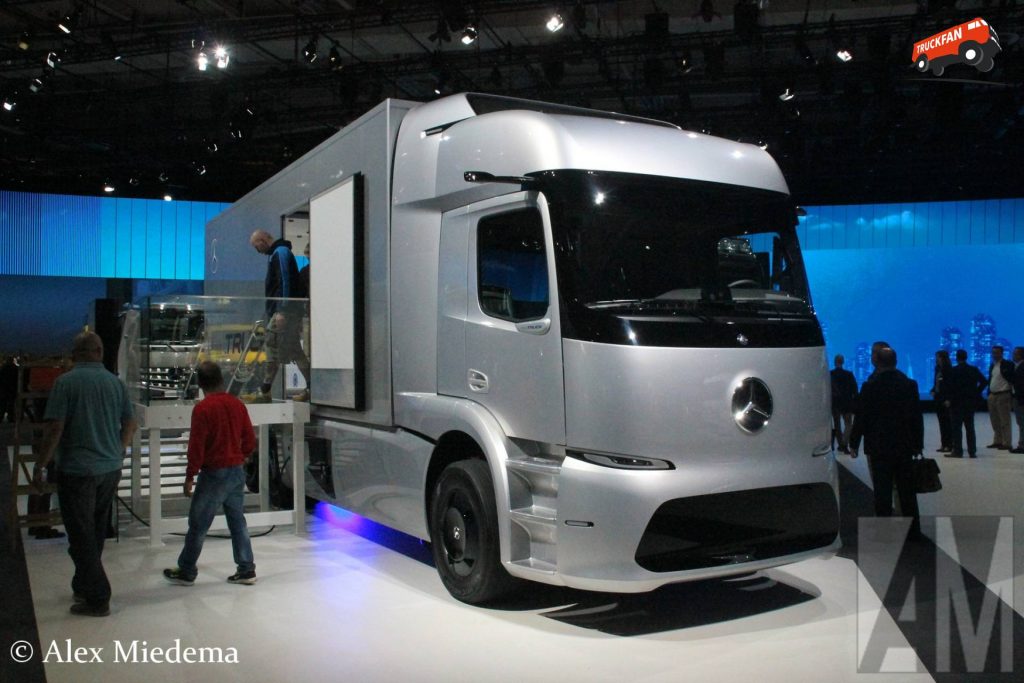 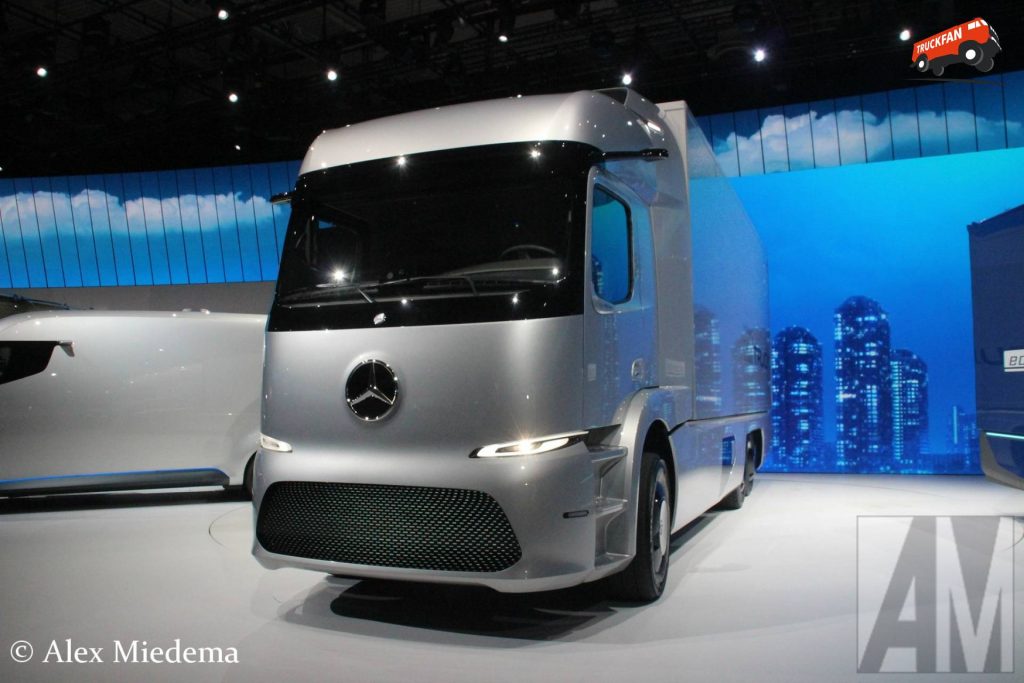 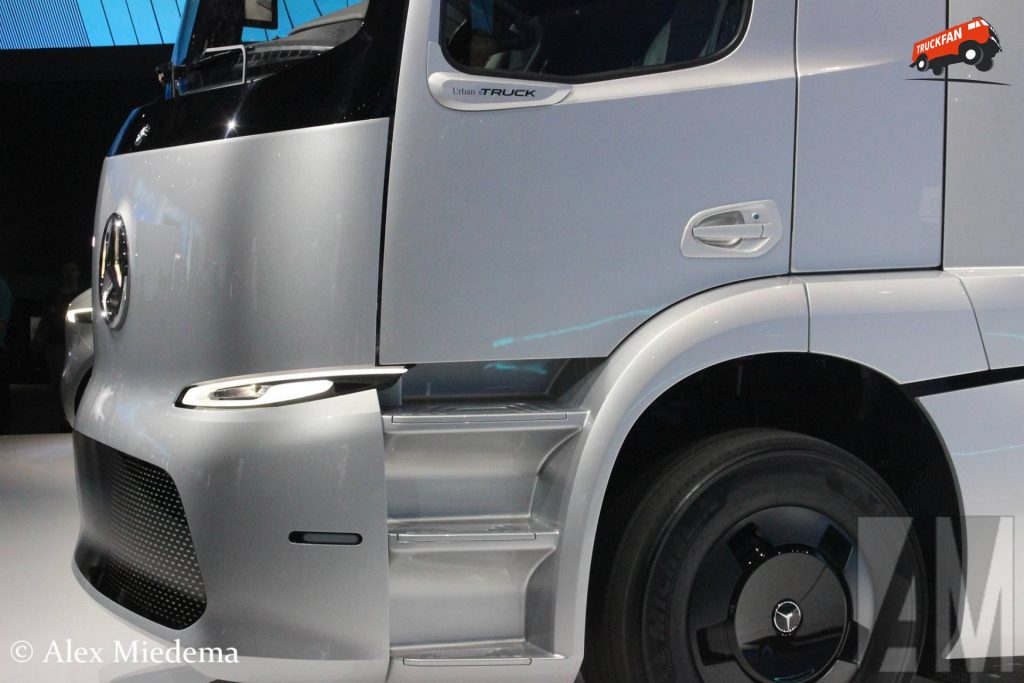