The year 1966 brought the TV debuts of “Batman” and “Star Trek,” which both enjoy a cultlike following 50 years later. With less fanfare in the same season, General Motors tested the Electrovan, the world’s first hydrogen-powered fuel cell vehicle. 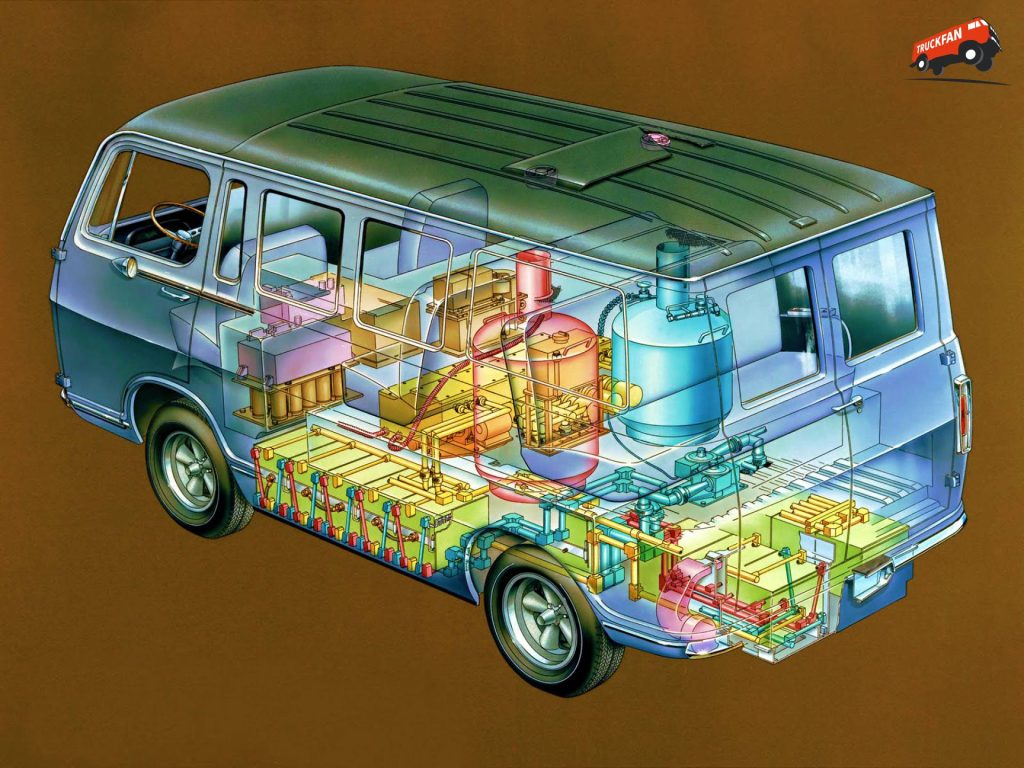 Floyd Wyczalek, 91, was project manager of Electrovan fuel cell development and recalls the 200-person team working on the first technology transfer of fuel cells from President John F. Kennedy’s 1962 challenge to NASA to safely land a man on the moon before the end of the decade.

“We had three shifts of people on this project starting in January 1966 and finishing 10 months later,” Wyczalek said. “We had one running demo for the Progress of Power press conference in October that year.”

Fast-forward to 2016: GM has invested more than $2.5 billion in hydrogen fuel cell technology and is among patent leaders along with Honda, its collaborator since 2013 in developing a next-generation system that will be much more powerful but a fraction of the size of the equipment-crammed Electrovan, which had room for only a driver and two passengers.

Several fuel cell demo programs have helped GM amass more than 3.1 million miles of real-world experience on modern fuel cell systems. On Oct. 3 at the Association of the U.S. Army (AUSA) annual meeting and exhibition in Washington, D.C., GM revealed its latest fuel cell demo, the Chevrolet Colorado ZH2, an off-road midsize pickup that the Army will test in extreme conditions next year.

Coincidentally, the ZH2 went from contract to completion in about 10 months, the same timing as the Electrovan. It will be the first fuel cell vehicle to wear the GM Hydrotec badge, a familial tie to the Ecotec gasoline engines.

“We see broad potential for fuel cell systems in military, aerospace and other applications while we continue on the path to a commercial vehicle,” said Charlie Freese, executive director, GM Global Fuel Cell Business. “It is pretty special to celebrate the Electrovan’s 50th anniversary.”

The Electrovan was strictly a test vehicle to explore hydrogen as an energy source for vehicle propulsion.

“Fuel cell durability was performed over a period of several months in a test cell,” Wyczalek said. “Driving acceleration and top speed tests were conducted on a chassis dynamometer.”

Following the end of the project the Electrovan was stored in a Pontiac, Michigan, warehouse for 31 years before being rediscovered in 2001 and assigned for use in fuel cell displays and loaned to museums when not at home in the GM Heritage Center. Pontiac has been home to the GM global fuel cell business since late 2012.