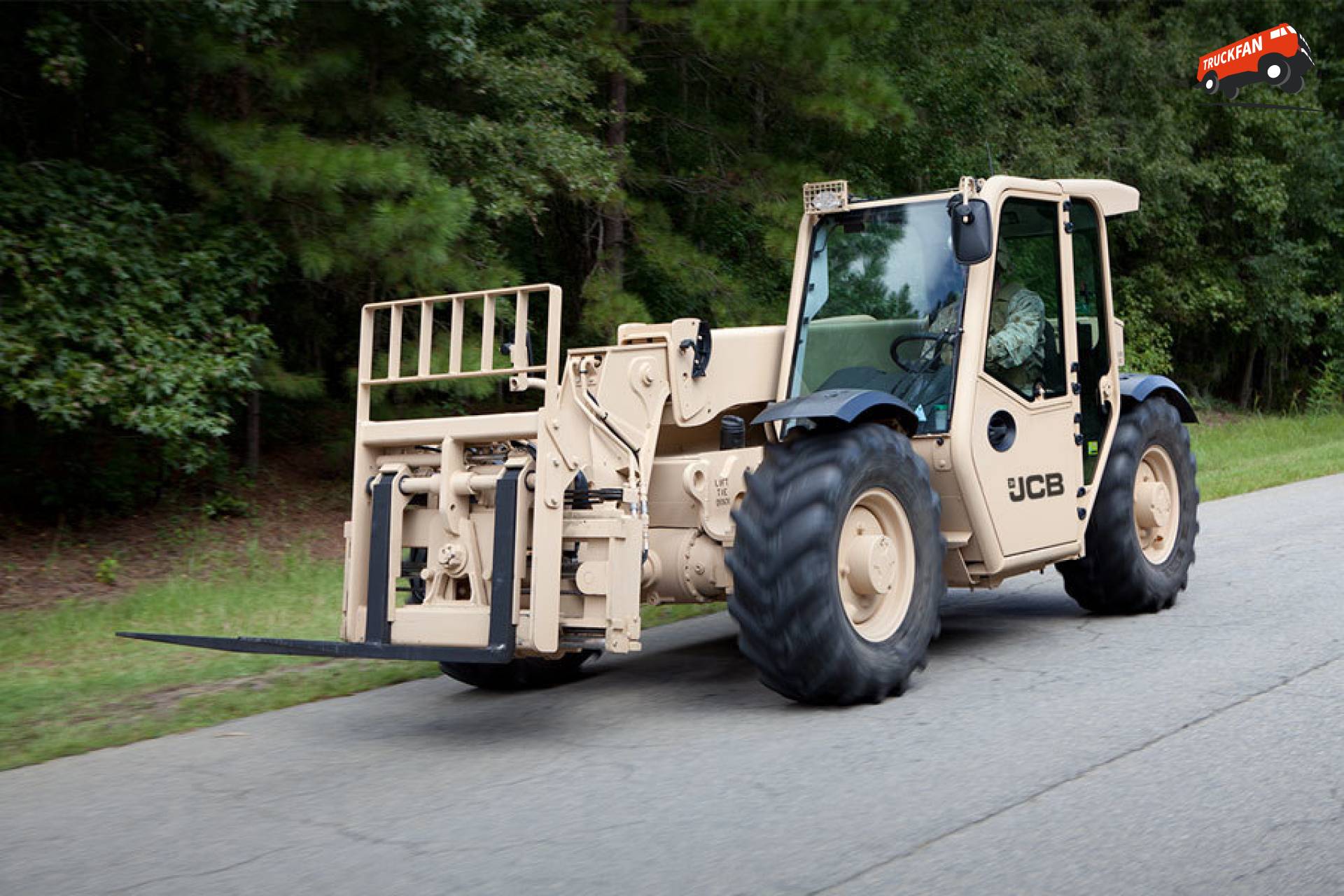 JCB has started 2017 by winning one of the biggest single orders in its 71-year history – a $142-million deal to supply the United States Army with a massive fleet of machines.

The company announced that the U.S Army is to take delivery of more than 1,600 light-capability rough terrain forklifts for deployment on tasks around the world including loading and unloading aircraft and shipping containers.

The new JCB 527-58M forklift is engineered from JCB’s range of commercial Loadall telescopic handlers – a machine which this year celebrates 40 years in production and which is the biggest-selling product of its kind in the world.

JCB CEO Graeme Macdonald said: “This order is fantastic news for JCB and a great way to start the New Year. It is the second-highest-value order in the company’s history, and I congratulate everyone who has worked to secure this valuable contract in the same year that we mark 40 years of telescopic handler production.”

The largest single deal in JCB’s history also came from the U.S. Army in 2005 when a $206 million order was placed to produce hundreds of high-speed military versions of JCB’s famous backhoe loader. That machine, the High Mobility Engineer Excavator (HMEE), is capable of speeds of up to 60 mph and went on to be sold to allied forces around the world, including the UK, Sweden, Germany, Australia and New Zealand.

Like the HMEE, the new 527-58M light-capability rough-terrain forklifts will be produced at JCB’s North American Headquarters in Savannah, Georgia. They will be powered by the 84hp (63kW) JCB DieselMax engine produced at JCB Power Systems in Derbyshire, UK.

Arjun Mirdha, CEO and President of JCB North America, said: “We are proud that the U.S. Army has once again chosen JCB and its Savannah-based manufacturing facility to produce an extraordinary piece of specialised equipment. Over the past three decades, JCB has supplied more than 4,000 machines to armed forces in 57 countries, and we have acquired a deep understanding of how the Army uses equipment and the unique features needed.”

Chris Giorgianni, JCB North America’s Vice President – Product Support and Government & Defence, said: “JCB now offers more than 300 ‘commercial off-the-shelf’ (COTS) solutions for the military. Being chosen to produce this military-specific forklift builds on the broad range of JCB products that can be modified to meet the most gruelling military conditions.

“The 527-58M is designed to minimise military operational costs with a two-year service warranty and extended service intervals with parts available from distribution centres in JCB’s worldwide network, making it faster and more efficient for the U.S. Army to maintain and service the new forklifts.”

With nearly one of every three telescopic handlers sold globally being produced by JCB, the U.S. Army will benefit from a leading commercial design and associated cost and operational efficiencies. Just as the JCB-built and supplied HMEE revolutionised how the military tackled engineering tasks, the new JCB light-capability rough terrain forklift is designed to improve military logistics capabilities.a $142-million deal to supply the United States Army with a massive fleet of machines.