Vauxhall Commercial Vehicles has unveiled two new concept vans, its first in over a decade, that have been specially-designed to celebrate Vauxhall’s commercial vehicle partnership for the 2017 MCE British Superbike Championship (BSB). 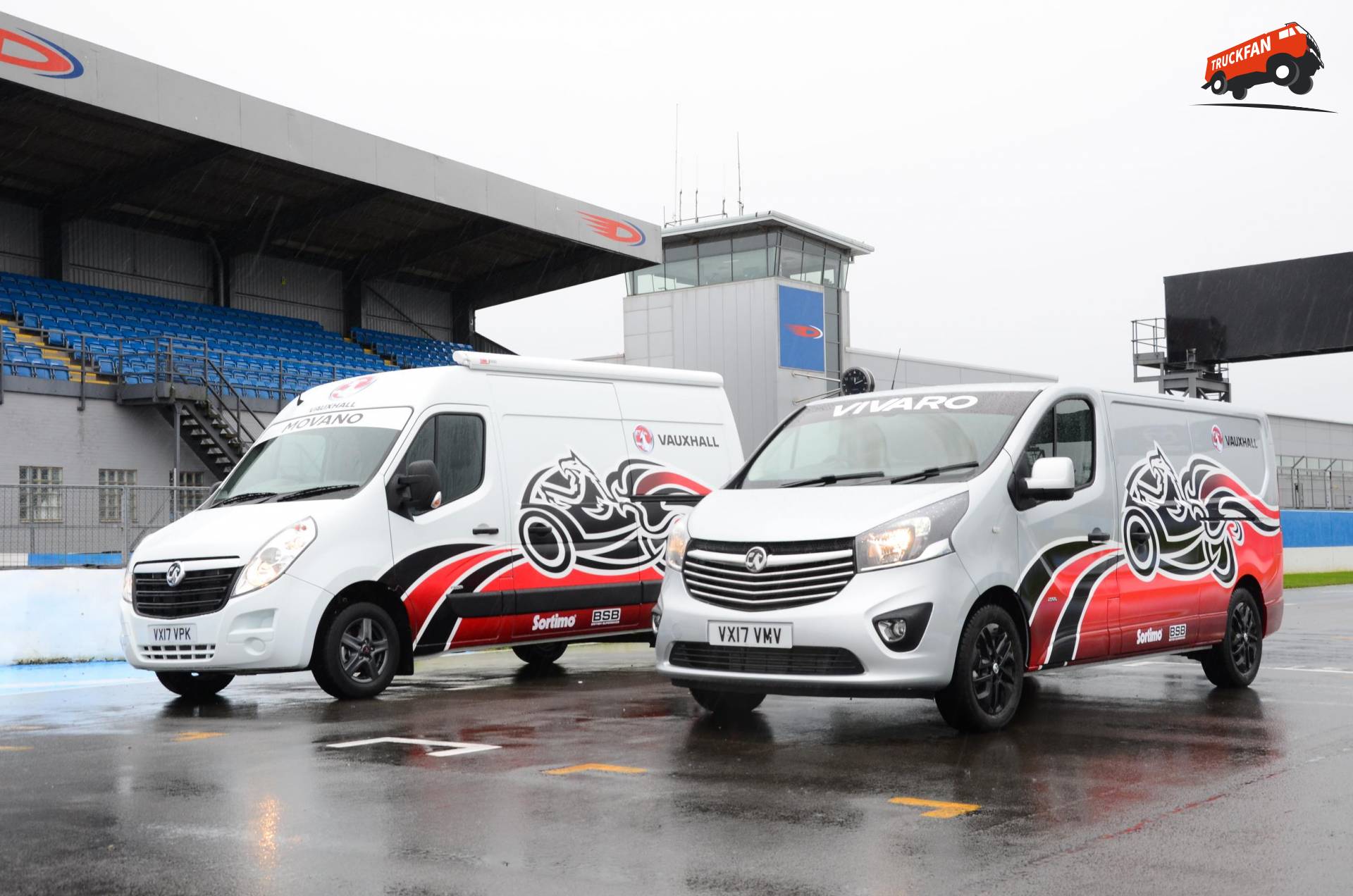 VIVARO RACE VAN CONCEPT
Based on the best-selling Brit-built Vauxhall Vivaro panel van, the Vivaro Race Van Concept was designed in consultation with industry experts including Sortimo. During the working week this Vivaro is completely functional as a mobile workshop supporting any number of trade professionals, however, on a non-working day it can be easily-transformed into a race day van to support track-day or even off-road motorcycling. 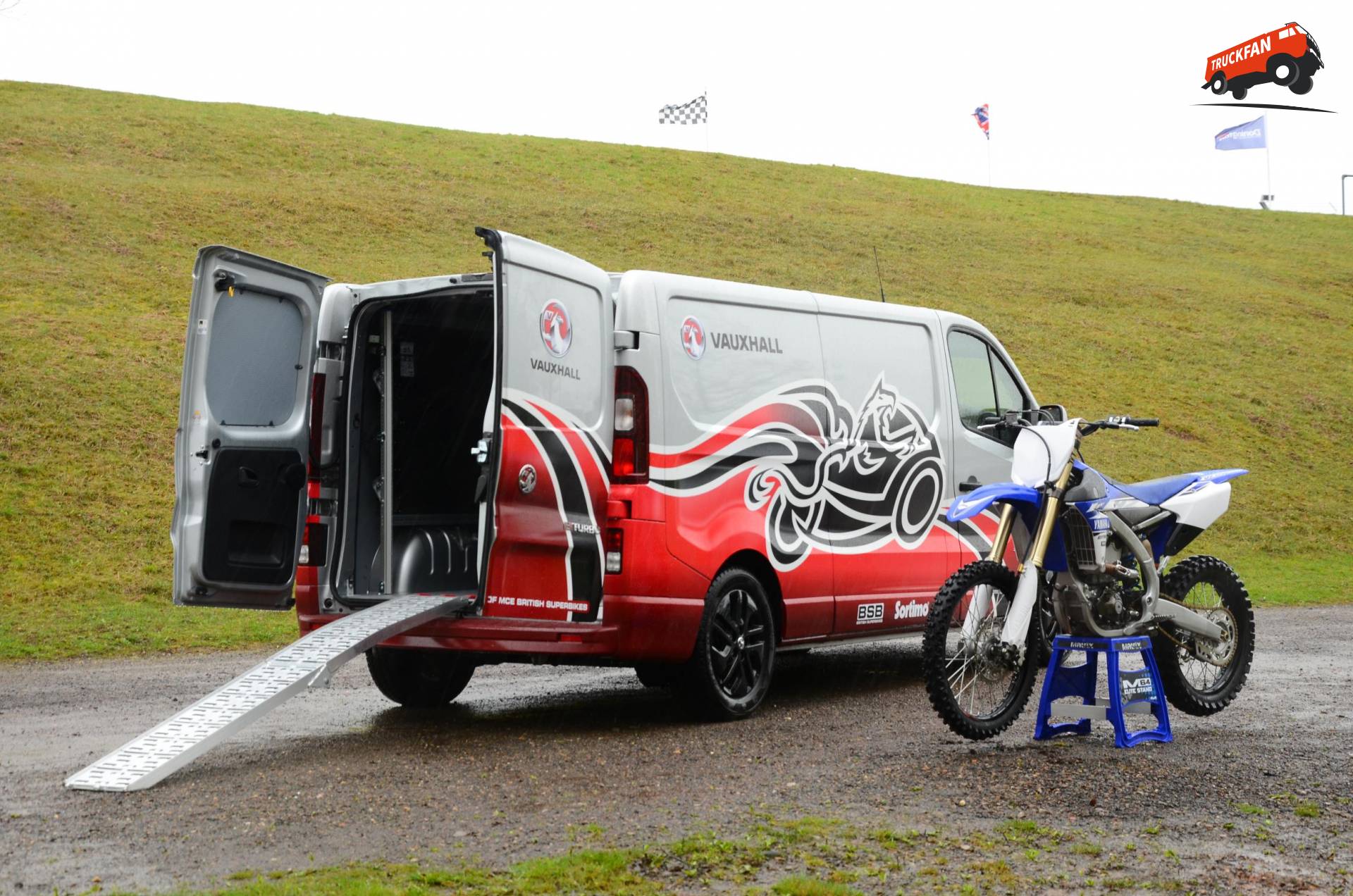 The cargo layout is well-considered and appropriately flexible. Along the driver side the layout features a combination of fixed racking and removable lightweight mobile workstations. Decamping from the Vivaro into the pits or paddock couldn’t be easier. The passenger side has folding shelves to store additional kit.

Emptied and folded up against the body, the space adjacent to the motorbike is maximised to help easier access in and out, and there is also space allocated for paddock stands, fuel, spare tyres, racing kit and a ramp. And for a long day at the track, there are also a number of built-in comfort features including a fold-down bench seat on the bulkhead, microwave, refrigerator and a 32-inch Smart television. 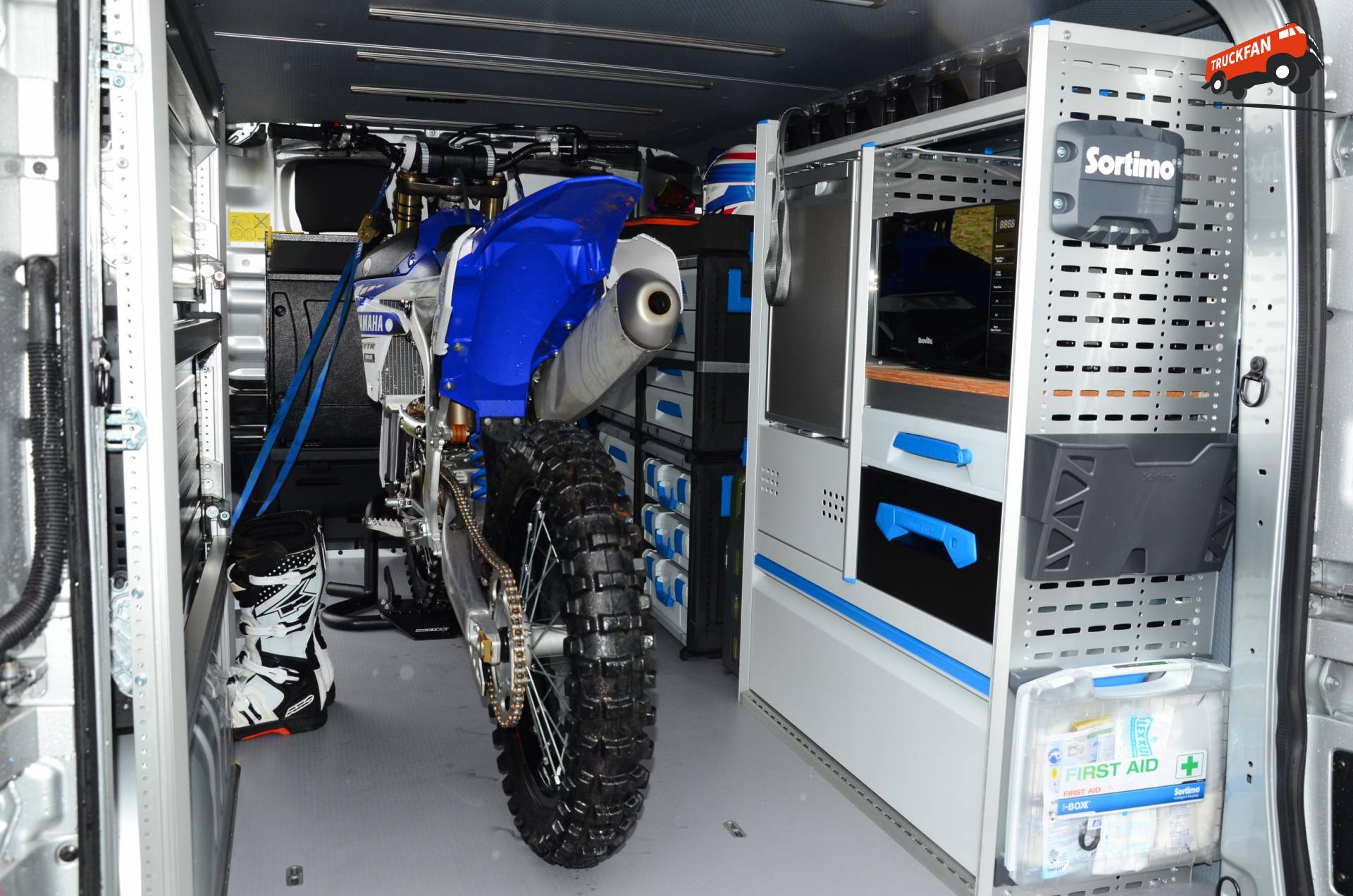 The exterior is covered in an eye-catching livery that has been specially-designed by Motormode and features the Vauxhall Griffin riding a motorbike.

MOVANO RACE VAN CONCEPT
Based on the popular Vauxhall Movano L2H2 panel, the Movano Race Van Concept was also designed in consultation with industry experts including Sortimo, with the purpose of providing support and transport for the smaller and more budget-conscious motorcycle racing teams. 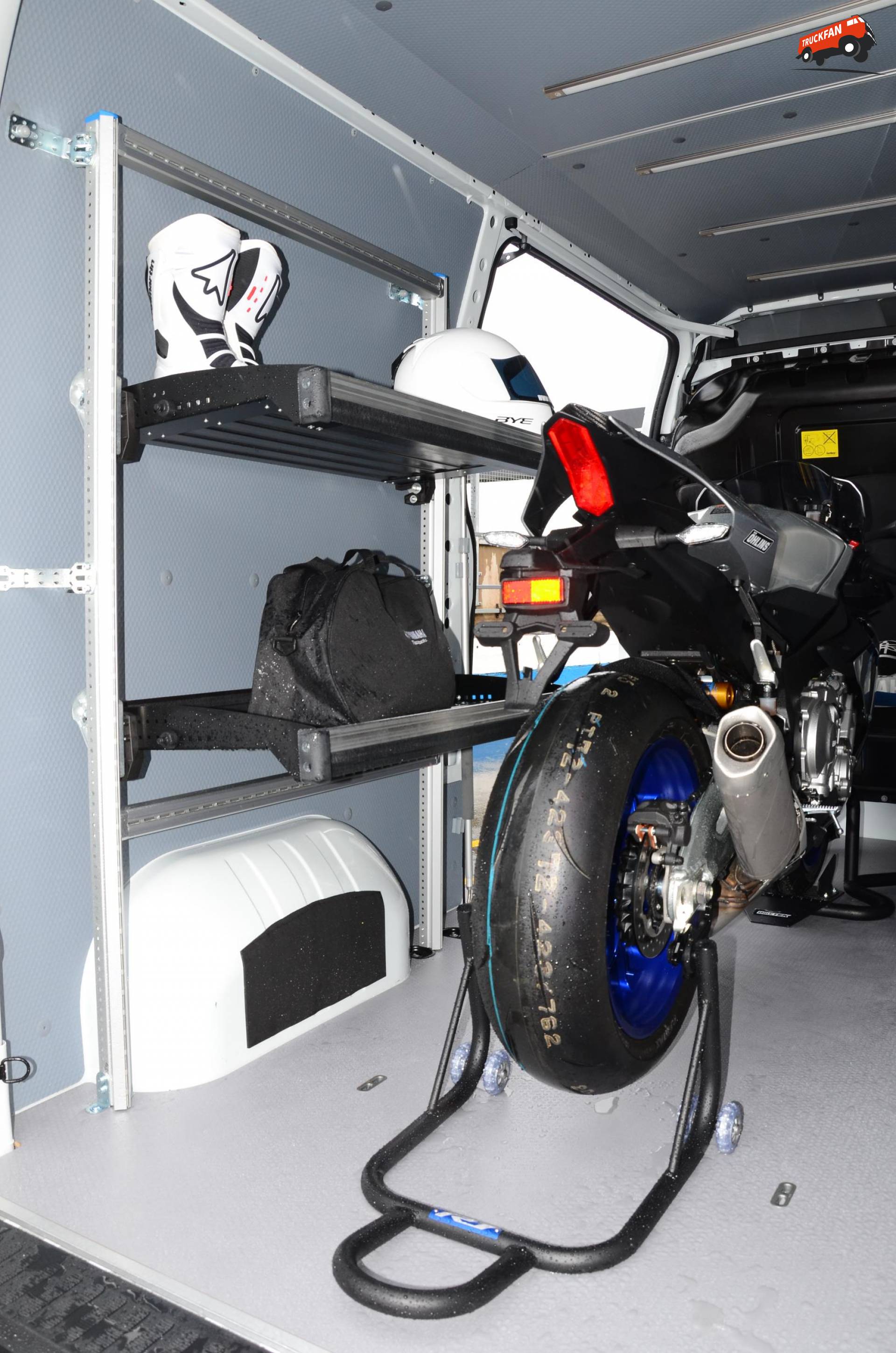 Unlike the Vivaro Concept, the cargo layout on the Movano is intended to be permanent. Along the driver’s side the layout features a combination of a workbench and fixed racking. The toolboxes in the workbench can be removed. The opposite passenger side has folding shelves to store additional kit.

Emptied and folded against the body, space adjacent to the motorbike can be maximized to help get it in and out easily. There is also space allocated for paddock stands, fuel, spare tyres, racing kit and a ramp.

The Movano Race Concept also features a sided awning to enable an all-weather enclosed work space adjacent to the van. This gives the team a viable workspace for a race weekend. 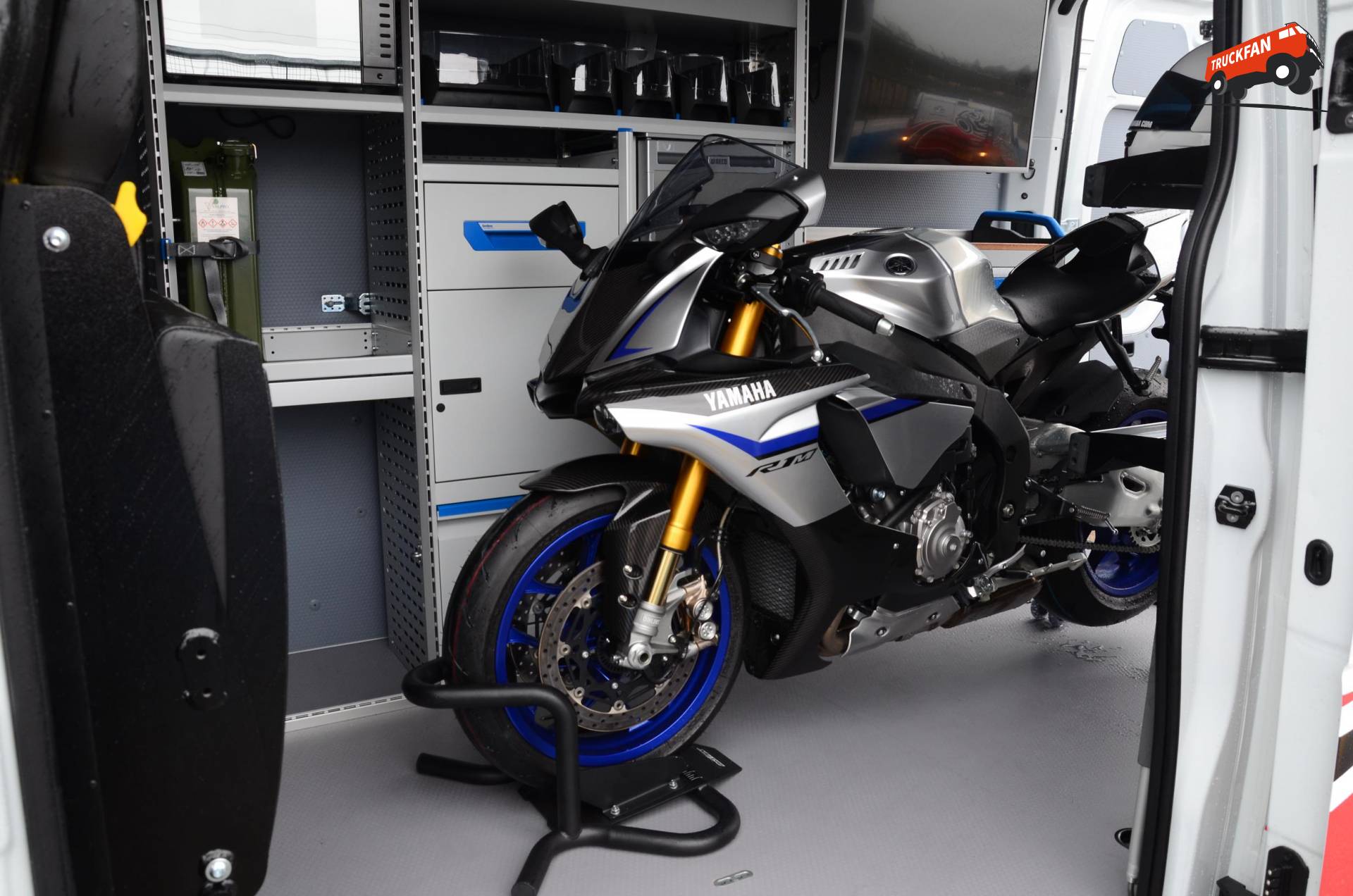 A number of built-in comfort features include a fold-down bench seat on the bulkhead, microwave, refrigerator, wash basin and a 40-inch Smart television.

“These two concept vehicles are the perfect way to celebrate our commercial vehicle partnership with BSB,” said Steve Bryant, Vauxhall’s Head of Commercial Vehicle Brand. “We can’t wait to take them up and down the country to all UK BSB events this season and gauge customer reaction to these versatile and stunning-looking vehicles. 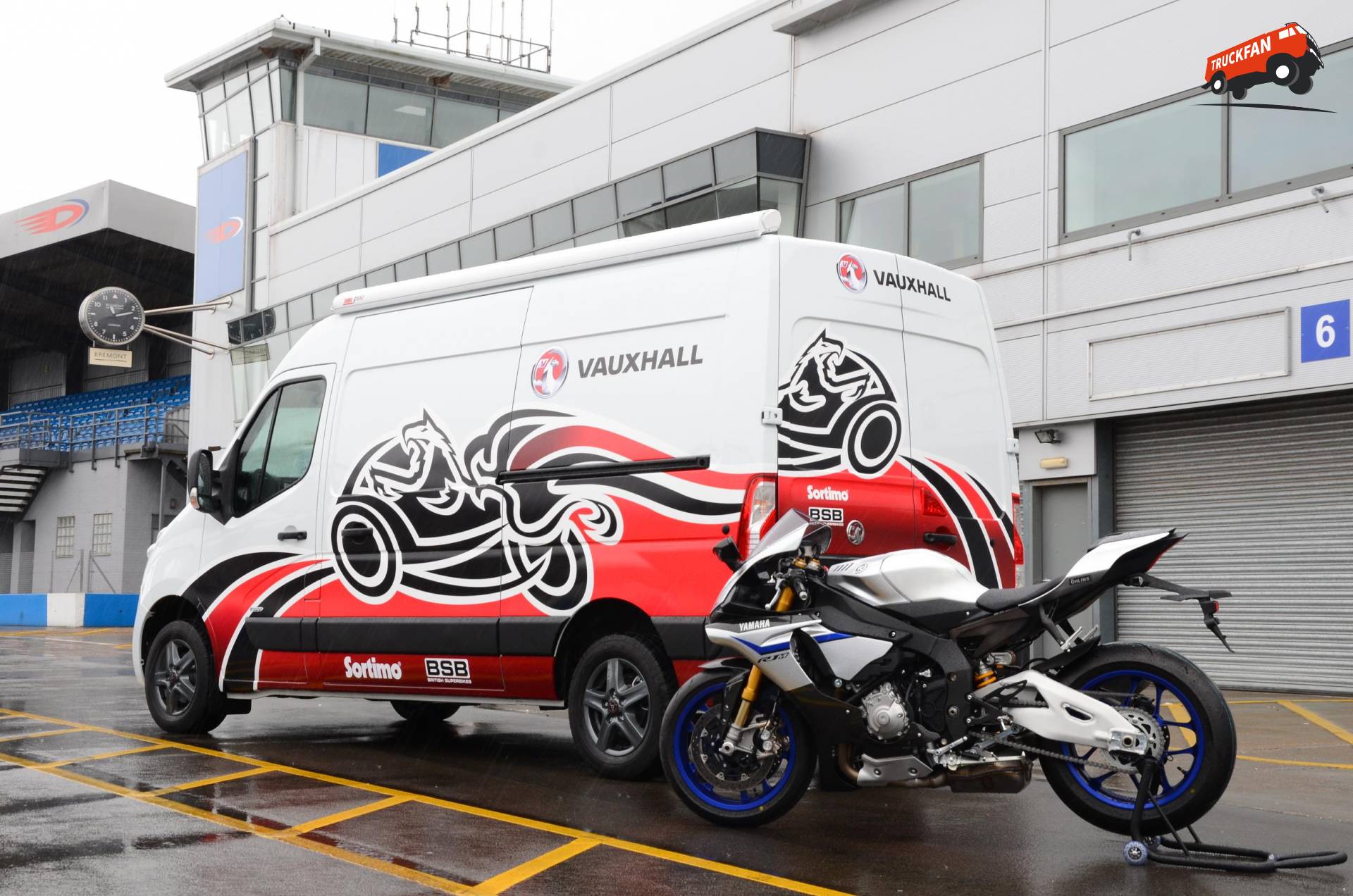