Mitsubishi Motors in the UK will showcase the one-off Mitsubishi L200 that has been built in conjunction with Top Gear magazine at the 2017 Commercial Vehicle Show, held at the NEC, Birmingham from April 25 – 27.

Fully exploring the potential of the Mitsubishi L200, ‘Project Swarm’ is built in the style of a ‘Pre-Runner’ off-road vehicle – specially modified production vehicles that are beefed-up to ‘pre-run’ stages of off-road desert racers.

While it still has the interior comfort of a production L200, enhanced by a set of bespoke Cobra racing seats, the Desert Warrior has been made even more capable thanks to a range of additions, including an external roll cage, heavily modified suspension, oversized wheels with self-inflating tyres, long range LED lights and some extra kit that will be needed to negotiate some of the world’s harshest terrain.

Top Gear is planning to use the Mitsubishi L200 Desert Warrior for a very special upcoming challenge which will feature in the magazine, and online, and detail many of the trucks additional features.

Commenting on his radical Mitsubishi L200, Tom Ford, said: “I’ve always had an obsession with ‘Pre-runners’ and this is my idea of the perfect desert truck. It’s a very serious truck but it’s got that little bit of theatre that makes me think it’s got something extra to it. It’s still an L200, but it has been made to be max-attack and it will not break. It’s exactly what I wanted – something that has the appearance of a Hot Wheels toy and is every bit as tough as it looks!” 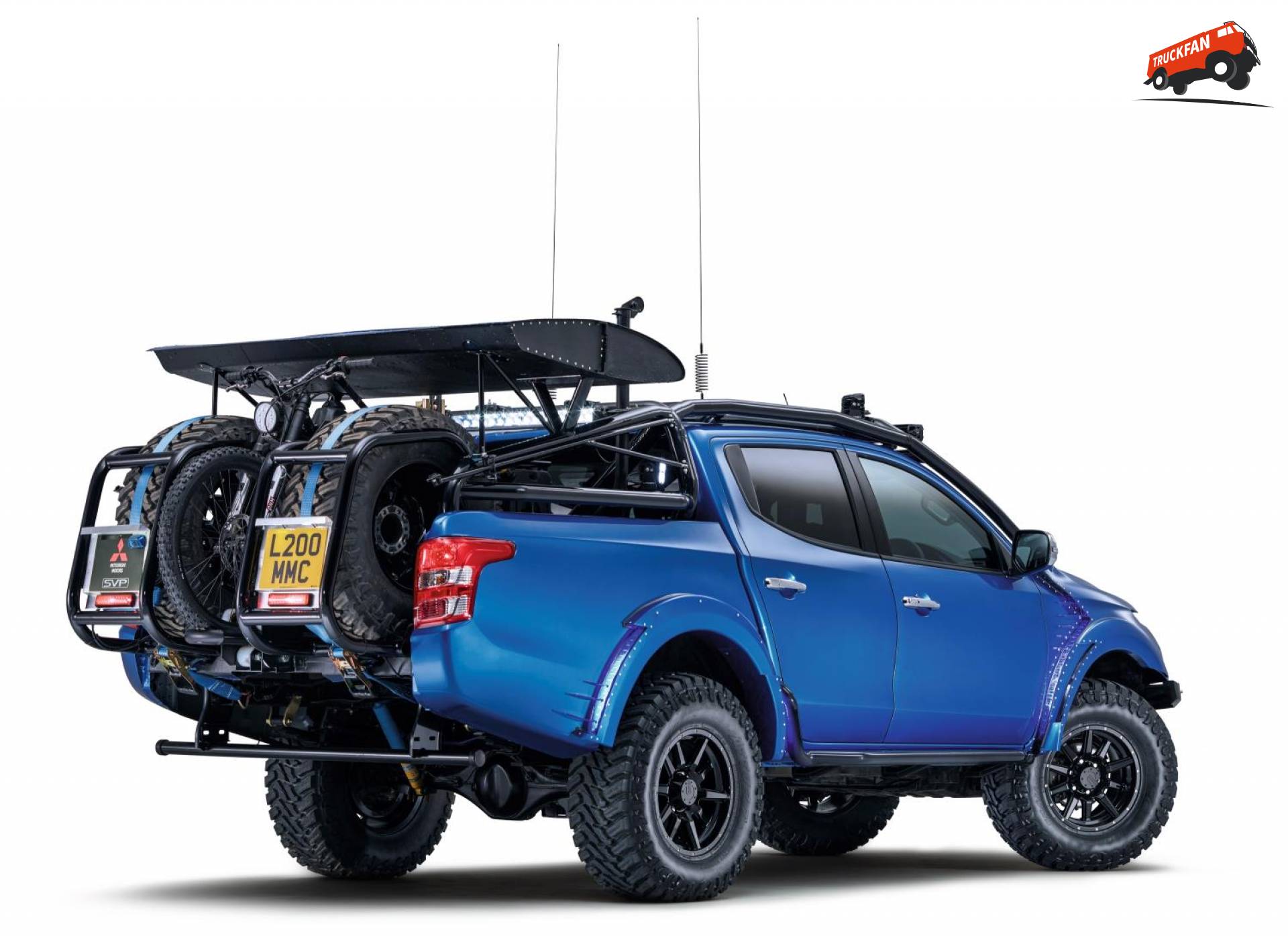 Lance Bradley, Managing Director, Mitsubishi Motors in the UK, said: “The Mitsubishi L200 is one of the most durable pick-up trucks available, but the Desert Warrior takes its toughness to a whole new level. In fact, its purposefulness and ruggedness has provided the inspiration for the Mitsubishi L200 Barbarian SVP, the first limited edition model to be created by our new SVP (Special Vehicle Projects) programme.”