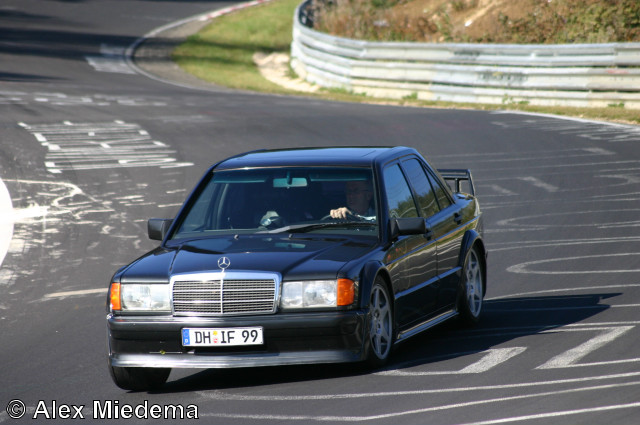 On 8 December 1982 Mercedes-Benz presented the W 201 model series. It is part of the successful history of the C-Class – the vehicles in this segment have borne this name since 1993. The technologically and aesthetically groundbreaking saloon established itself successfully in the market and also achieved a number of highlights as a successful motorsport touring car in the German Touring Car Championship (DTM). Today the W 201 is a popular young classic – and just as fresh as it was when it celebrated its premiere. Some 35 years ago the Mercedes-Benz 190 and 190 E models celebrated their premiere, making the start of a completely new chapter in the more recent history of the Stuttgart-based brand. This is because the W 201 model series, designated the compact class at the time, extended the product range with the addition of a fourth model series family alongside the luxury saloons of the S-Class, the models of the upper mid-range category (subsequently the E-Class) and the SL sports cars. Today the W 201, which was built between 1982 and 1993, is a fascinating classic with the freshness of a popular young classic. The current C-Class from the 205 model series (fuel consumption, combined: 8.4-3.9 l/100 km; combined CO2 emissions: 195 – 99 g/km*) is transporting its genes into the future in a more varied manner than ever before: as a Saloon, Estate, Coupé and Cabriolet. The outstanding technical and aesthetic level of the saloons of the W 201 series highlights the great importance which Mercedes-Benz attaches to new product development. Colloquially referred to as the “190” or the “Baby-Benz”, the model series celebrated its debut with two four-cylinder petrol engines: 190 was the name given initially to the 66 kW (90 hp) carburettor engine variant. The 190 E with petrol injection produced 90 kW (122 hp). Mercedes-Benz subsequently and systematically extended the model range, producing a host of innovative models. Just a few examples: the 190 D (53 kW/72 hp, from 1983) for example was known as the “whisper diesel”, and was the first series-produced passenger car with engine soundproofing. New levels of performance for the diesel model came in 1986 – admittedly exclusively for the American market up until the autumn of 1987 – in the guise of the five-cylinder 190 D 2.5 Turbo variant (90 kW/122 hp). For the powerful six-cylinder 190 E 2.6 (122 kW/166 hp, also from 1986), the engineers conquered the technical challenge of installing the six-cylinder in-line M 103 into the engine bay of the W 201. With its groundbreaking four-valve-per-cylinder design, the 190 E 2.3-16 (136 kW/185 hp) already achieved sporting success prior to its presentation in the autumn of 1983: three prototypes set long-distance world records by clocking up 25,000 kilometres, 25,000 miles and 50,000 kilometres, at average speeds of almost 250 km/h, around the circuit in Nardò in southern Italy.

The 190 E 2.3-16 also demonstrated its sporting capabilities at the opening of the new Nürburgring: on 12 May 1984 some 20 racing drivers inaugurated the new circuit with a race at the wheel of this vehicle. The winner was the Brazilian racing driver Ayrton Senna, known only to insiders of the sport at that time. The top-of-the-range model in the series was ultimately the sporty 190 E 2.5-16 Evolution II high-performance saloon (173 kW/235 hp). It also formed the basis for the highly successful motorsport touring car, which competed in the German Touring Car Championship (DTM) from 1990.

The triumphs enjoyed by the Stuttgart-based brand in the DTM in the 1980s and 1990s are closely associated with the W 201: from 1988 to 1993, motorsport touring cars based on this model series were successfully deployed in the DTM with works support. During this time, Mercedes-Benz won two constructors’ titles (1991 and 1992), and Klaus Ludwig became DTM champion in the 190 E 2.5-16 Evolution II in 1992. On top of this there were four runner-up titles as well as three third-place positions.

Initially in 1985 the 190 E 2.3-16 received homologation for races in groups A and N. It was with this model that the private teams began competing in the DTM in 1986, and Volker Weidler immediately picked up the runner-up title. The 1988 season then finally marked the official return of Mercedes-Benz to motorsport. In this year Roland Asch became DTM championship runner-up. From 1989 the 190 E 2.5-16 Evolution motorsport touring car entered the DTM. It was followed in 1990 by the 190 E 2.5-16 Evolution II. And in the 1993 season, the AMG-Mercedes 190 E Class 1 was deployed – all based on the W 201. Further DTM vehicles from Mercedes-Benz continued this story of success in spectacular form.

Safety counts
The compact class of 1982 was revolutionary in terms of vehicle safety. This is because its developers systematically implemented not only active but also passive safety measures at the high level typical of Mercedes-Benz – this was a particular challenge for the Stuttgart-based brand in what was a comparatively small and lightweight vehicle. A high point here was the independent multilink rear suspension with five slender links on each side, designed by Dr Kurt Enke, Alf Müller and Manfred von der Ohe. To this day it remains a standard design used in automotive manufacturing. 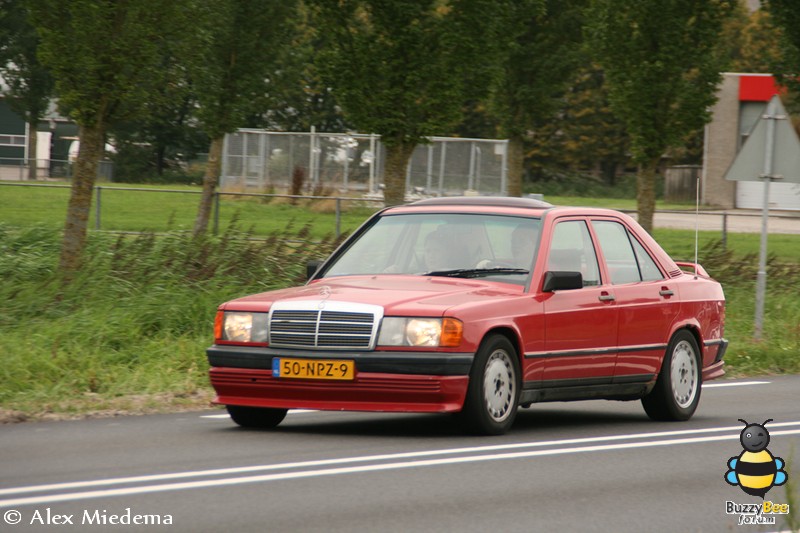 For passive safety, the combination of a lightweight design with high crash-safety was significant. The roof design of the W 201, with its longitudinal roof members positioned towards the outside, became the standard for further Mercedes-Benz model series on account of its low weight and outstanding stability. For the first time a forked-member structure was also used for the first time in the compact class featuring defined deformability of the conical forked members made of high-strength sheet metal – for excellent crash performance, particularly in an offset front impact. 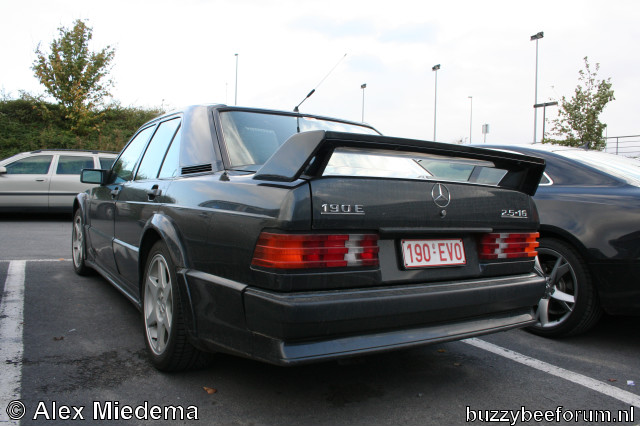 The design of the W 201, for which Bruno Sacco was responsible, also set standards. Establishing a whole new segment in the brand’s product range, this model series made its mark with its modern lines. At the same time the saloon was aerodynamically optimised. With a drag coefficient of Cd = 0.34, it boasted the best aerodynamics of all Mercedes-Benz saloons at the time of its premiere in 1982. 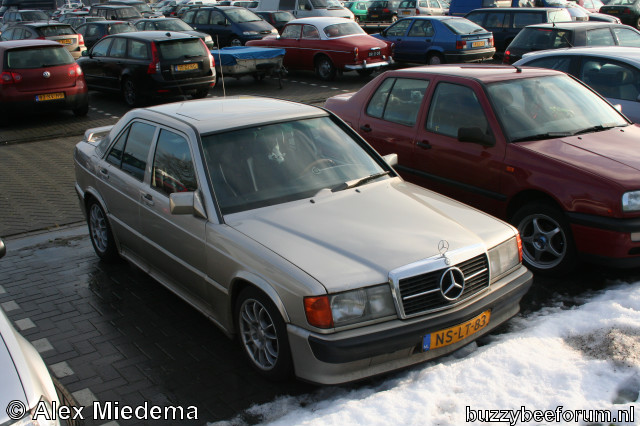 A young classic with a history
The back story to the W 201 started in 1973, when Mercedes-Benz was taking up older ideas for a vehicle below the two established classes. Inspiration also came from North America. This is where the requirements for economical fleet fuel consumption were sharpened. In addition, there was a great deal of interest in a compact second car offering the comfort and safety standards of a Mercedes-Benz passenger car. 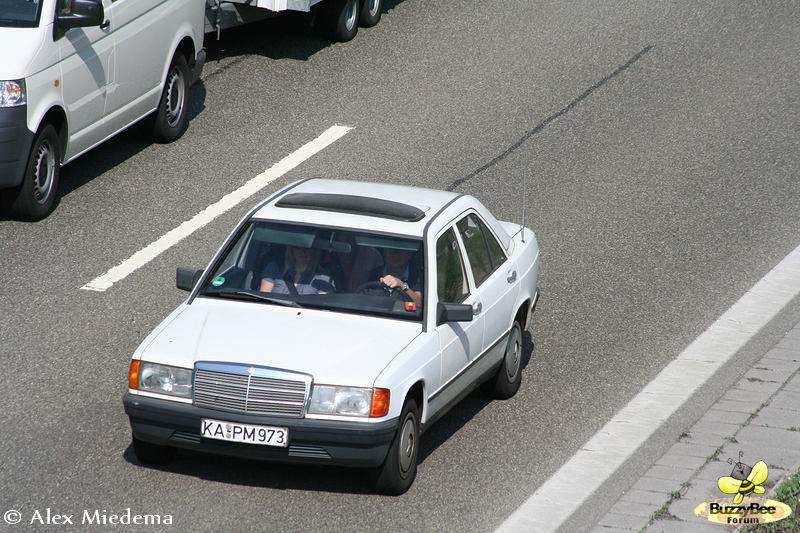 Commenting on the new vehicle in January 1974, Chief Engineer Prof. Dr Hans Scherenberg said: “It is clear […] that it has to be a typical Mercedes-Benz.” Here Scherenberg referred to refinement and safety, among other features, as defining Mercedes-Benz characteristics. And as part of the first specification book drawn up a little later, it was decided that the W 201 was to “consciously break away from the other vehicles of the medium-size category due to the qualities expected by customers under the brand symbol with regard to quality, safety and refinement”. Series production of the W 201 began in Sindelfingen, after which production also commenced at the Mercedes-Benz plant in Bremen. The production facilities there were significantly expanded for the new model series. To this day the Bremen plant remains the main plant for the C-Class, which became the successor to the W 201 with the 202 series introduced in 1993. 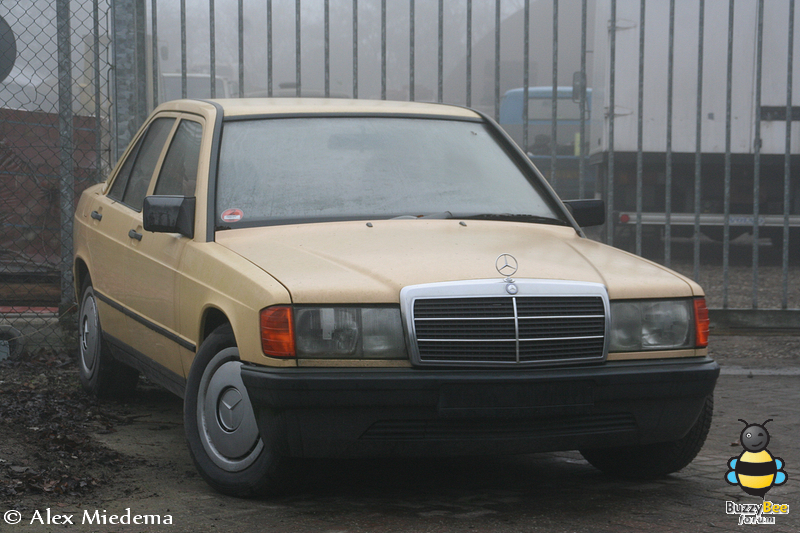 However, the idea of a compact, sophisticated passenger car dates back even further in the brand’s history. The Benz Velo (1894 to 1900, world’s first large-scale production car) and the Mercedes 8/11 hp (1901 to 1903) are already considered the pioneers of the compact class. The key forerunners in this market segment also include the Mercedes-Benz 170 (W 15, built from 1931 to 1936). Since the 1950s, Mercedes-Benz has been continually developing concepts for more compact vehicles. 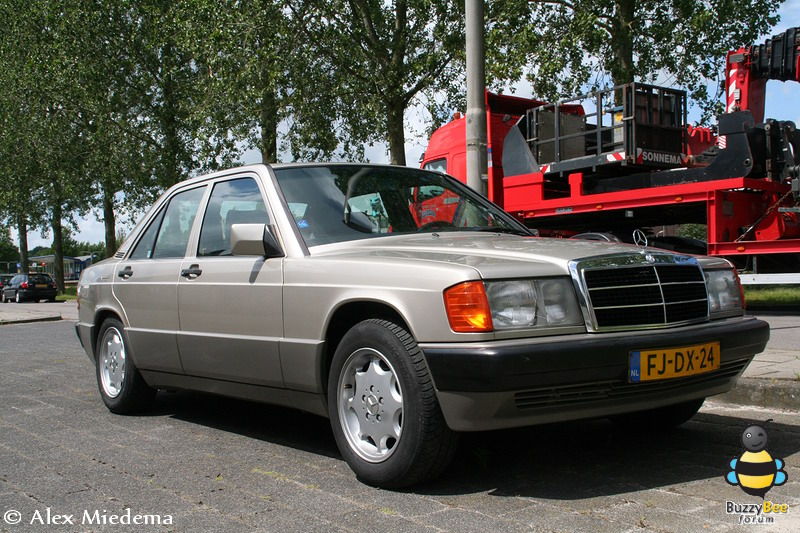 The W 201 brought together all of these ideas and concepts into a vehicle which appealed to customers in both technical and aesthetic terms. It marked the start of the successful history of the Mercedes-Benz C-Class and pre-empted the dynamism of the model initiative. Up to August 1993, some 1,879,630 models of the W 201 series were produced in total. 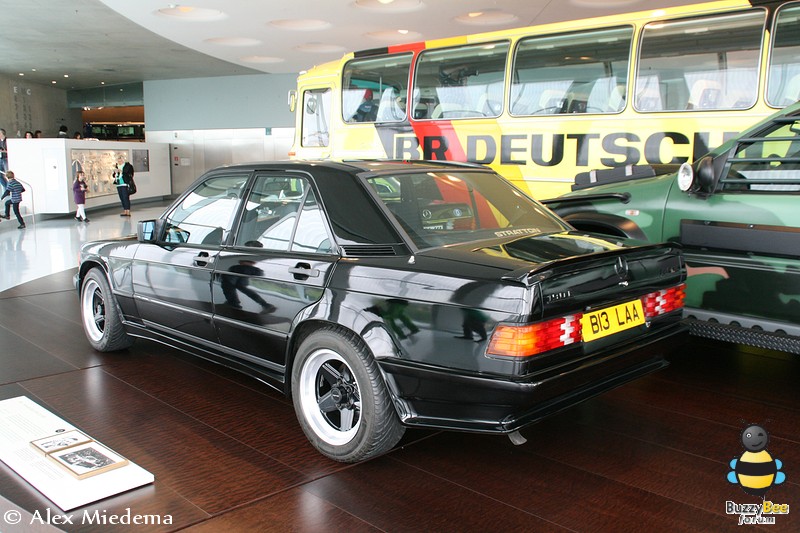 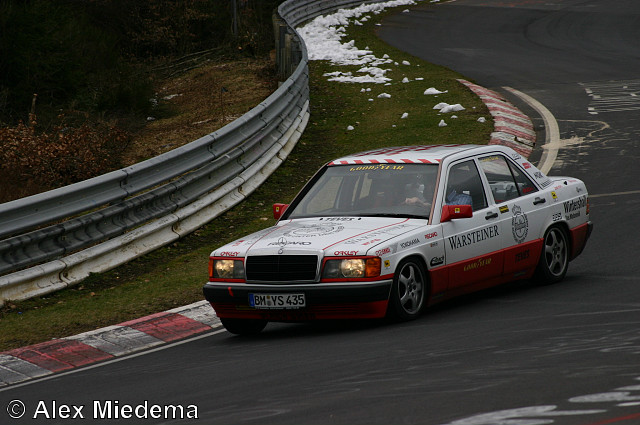 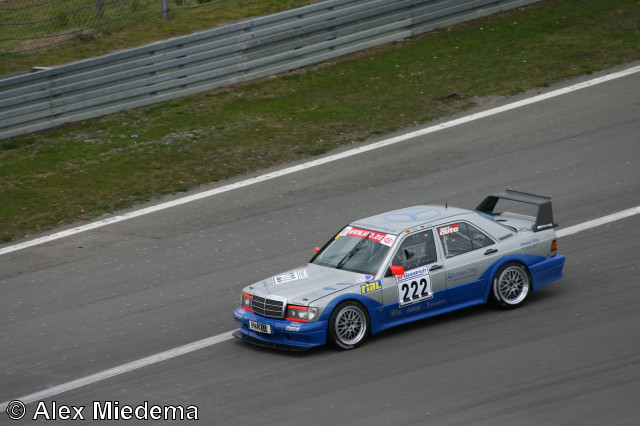 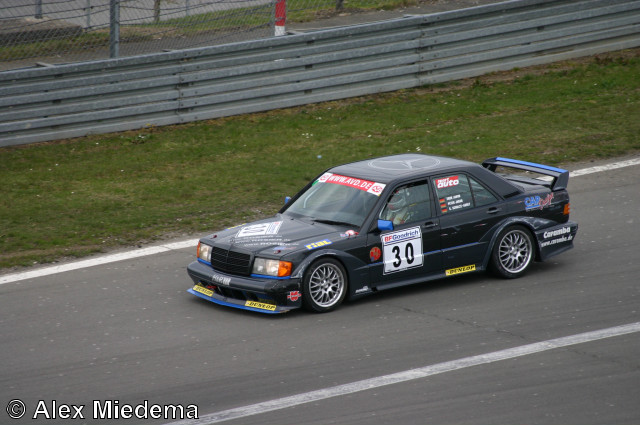 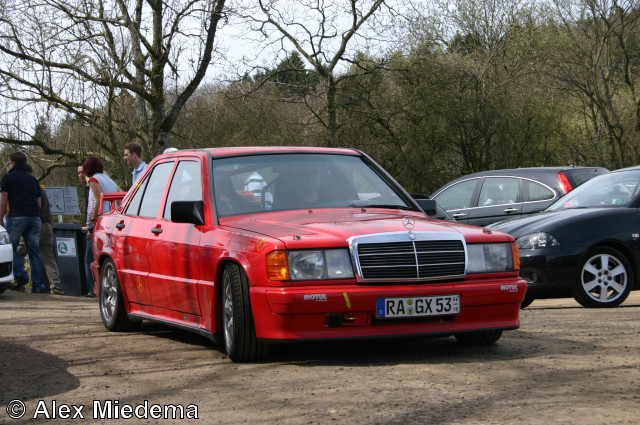 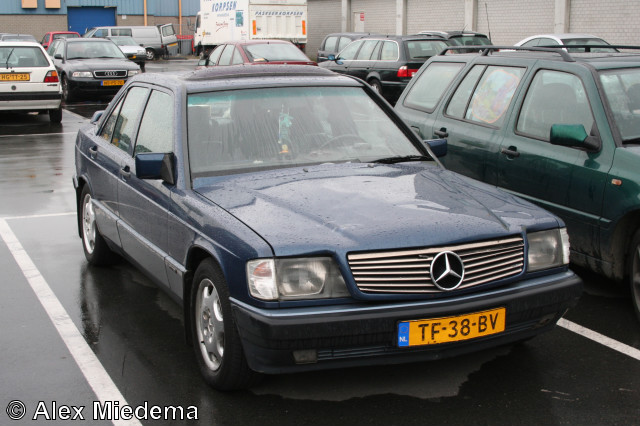 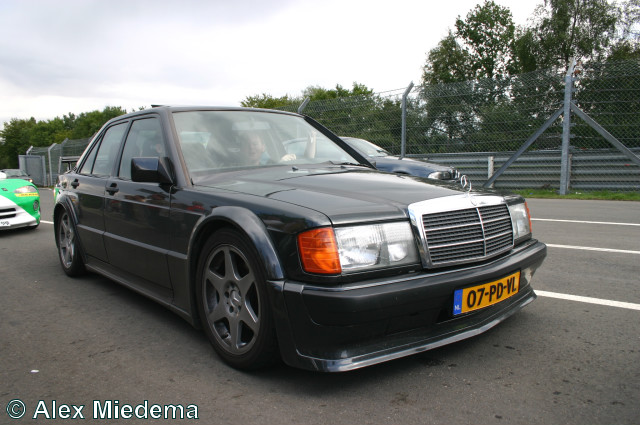