Hyundai continuously invests in cutting-edge infrastructure to provide related R&D departments with an environment to innovate and improve autonomous driving technology in order to boost its competitiveness. The autonomous navigation of heavy duty trucks is not only a leading innovation that will transform the trade logistics industry, but is also expected to reduce the number of large road accidents that occur on busy roads each year due to human error. 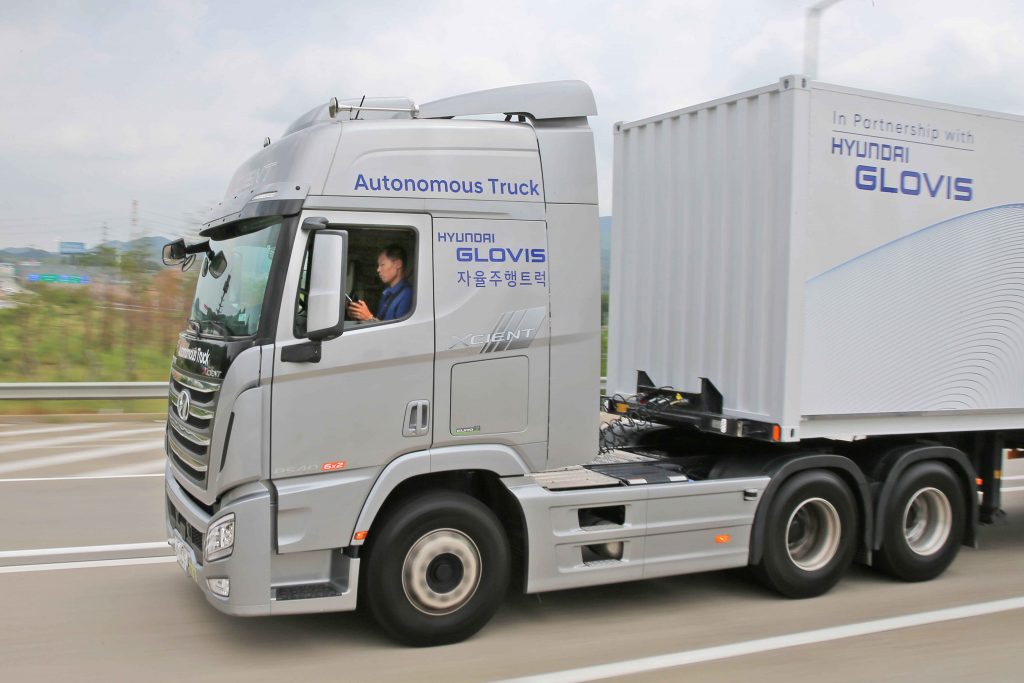 “This successful demonstration proves that innovative autonomous driving technology can be used to transform the trade logistics industry.” Said Maik Ziegler, Ph.D., Director of Commercial Vehicle R&D Strategy Group at Hyundai Motor Company. “At this stage, a human driver is still used to control the vehicle manually in certain situations, but I think we will achieve level 4 automation soon as we are constantly upgrading our technological capability.”

The demonstration, which took place on 21st of August was conducted using Hyundai’s Xcient model truck, which has a maximum load capacity of 40 tons. This was semi-equipped with a Society of Automotive Engineers (SAE) standard Level 3 autonomous driving system, enabling it to steer, accelerate or decelerate, and maneuver through traffic, all without human input. A human driver was on-board to take over manual control when required.

The vehicle was equipped with innovative technology features, which enabled it to maintain and change lanes during the natural flow of traffic, detect lane changes made by vehicles in front of it, navigate through tunnels, and perform a complete halt or accelerate according to road traffic.

For the demonstration the Ministry of Land, Infrastructure and Transport (MOLIT) issued a temporary autonomous driving license for the first time to a heavy-duty truck. Hyundai Motor, in cooperation with its trade subsidiary Hyundai Glovis, utilized this opportunity to test the application of autonomous driving for use in the trade logistics industry. 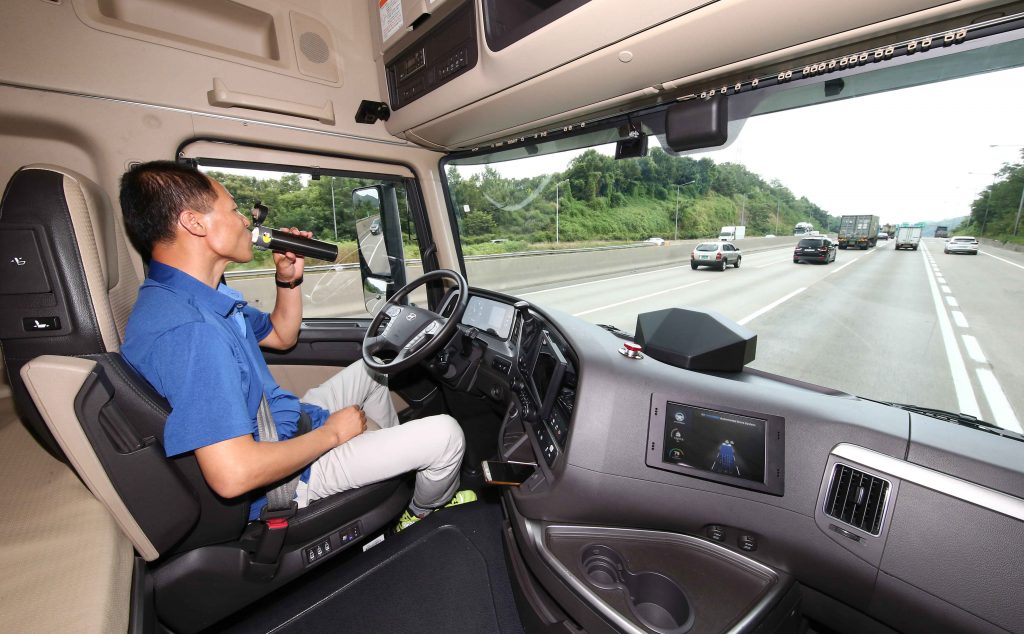 The test route is Hyundai Glovis’s parts transportation most frequently travelled section for vehicles heading to the Port of Incheon. This includes 40km in total of automobile highway. The truck successfully completed the journey, travelling 40km in 1 hour, whilst abiding strictly to the expressway speed limit of 90km/h.

Hyundai Motor is planning to undertake further autonomous navigation technology tests in future in a variety of areas like Busan, and plans to concentrate on its enterprise development capabilities with the aim of early commercialization of the technology.

Expressways headed toward the Port of Incheon display heavy traffic even during weekdays, due to a high quantity of goods being exported. Therefore the vehicle’s autonomous technology and know-how had to be sufficient enough to adapt to unprecedented situations throughout the journey.

In addition, the semi-trailer truck is approximately 3.5 times longer, 1.4 times wider, and 9.2 times heavier than the average compact sedan, when comparing to an empty truck’s weight. This requires an advanced and detailed autonomous navigation system. Accordingly, Hyundai Motor equipped sensors similar to the ones featured in autonomous sedans, and additional sensors optimized for heavy-duty trucks, like a hitch angle sensor and trailer rear radar sensor.

10 different sensors, including 3 front and side-rear cameras, 2 frontal and rear radars, 3 Lidars in the front and sides, and a hitch angle sensor in the trailer coupler which computes the change in angle between the truck and trailer in real-time, allowing the truck to be safely stabilized upon sharp turns.

The data collected by each sensor collaborates with the HD map and sends information to the electronic control module for localization. The module makes accurate decisions for each situation, controlling the speed, steering, and breaking accordingly. 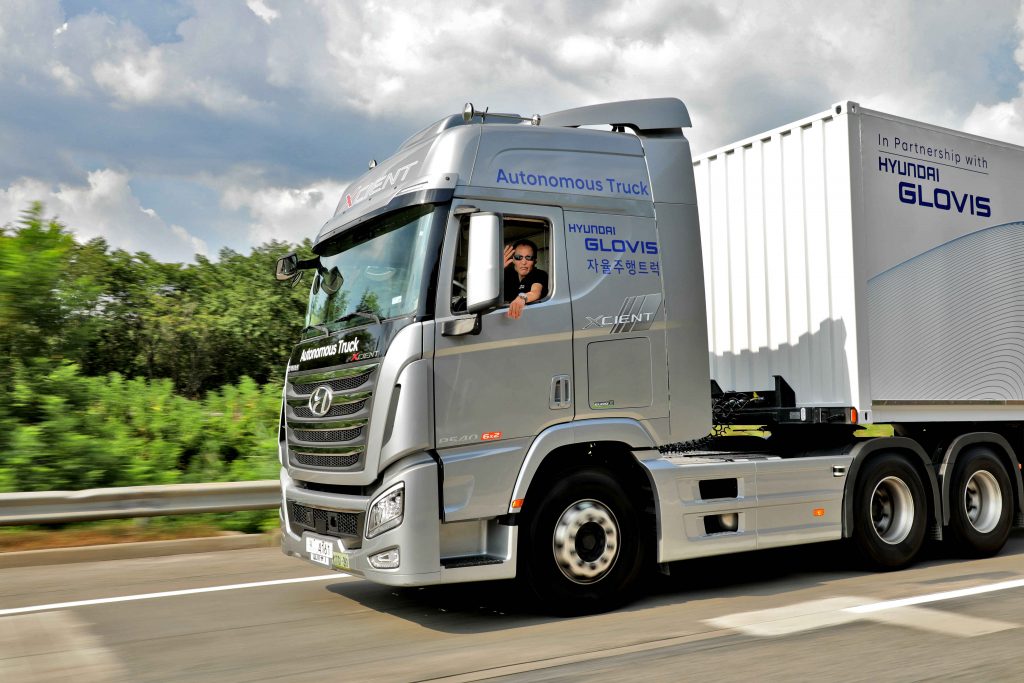 A new steering control system (MAHS : Motor Assist Hydraulic Steering) developed by Hyundai Mobis was also implemented, providing a precise steering mechanism that controls the steering angle depending on the decision made by the electronic control unit. This minimizes the effort required to steer the vehicle, reducing driver fatigue.