MINI Motorsport partner X-raid has announced the addition of three rally raid legends to the growing MINI Family set to compete at the 2019 edition of the Dakar. Cyril Despres (FR), Stéphane Peterhansel (FR) and Carlos Sainz (SP) have between them amassed an incredible 20 Dakar wins and now look to increase this remarkable tally with each electing to drive a MINI John Cooper Works Buggy under the team banner of X-raid MINI JCW Team.
Devised and built by X-raid, MINI John Cooper Works Buggy first saw racing action at the 2018 Dakar. Now honed to the latest specification, this is the latest MINI Motorsport racing tool that Cyril Despres, Stéphane Peterhansel and Carlos Sainz will compete with in order to win Dakar.

Cyril Despres has won the Dakar five times on motorcycles (2005, 2007, 2010, 2012, 2013) before taking to four-wheels in 2015. In less than three years he has already achieved four-wheel rally success, the most notable is twice winning the arduous Silk Way Rally (2016, 2017). Despres and Carlos Sainz will be the first of the three drivers from X-raid MINI JCW Team to taste race action in the MINI John Cooper Works Buggy by competing in Rallye du Maroc (3rd-9th October 2018), round 10 of the 2018 FIA Cross Country Rally World Cup. 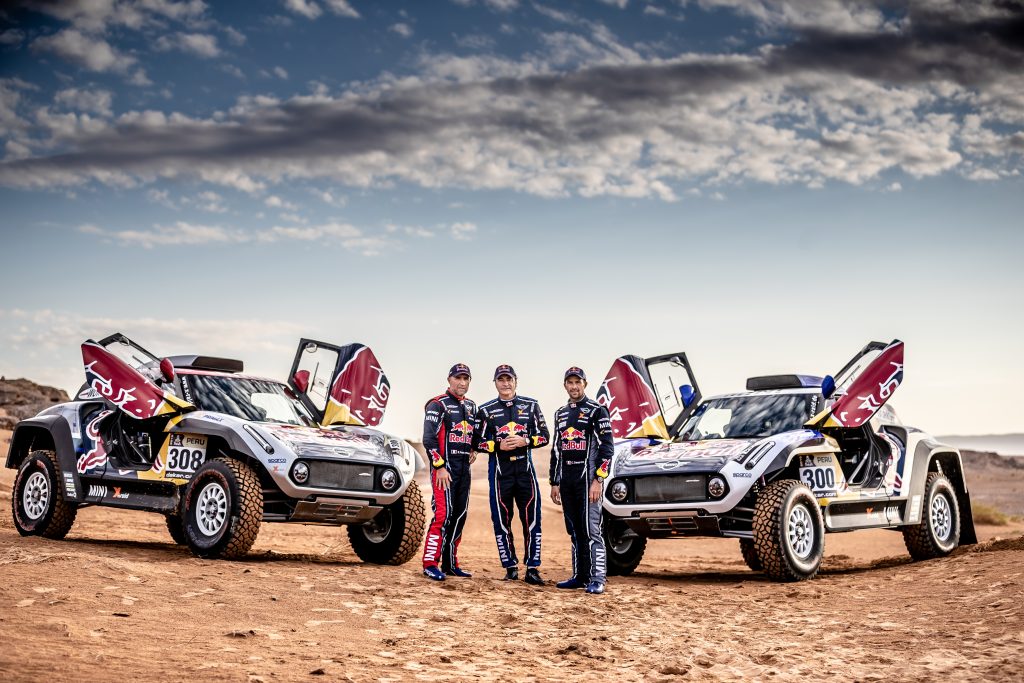 Stéphane Peterhansel carries the nickname “Mr Dakar” for 13 very good reasons – 13 is the number of times the Frenchman has won Dakar. Like so many Dakar greats, Peterhansel began his Dakar career on two-wheels and achieved six wins before switching to cars to claim a further seven Dakar titles. Peterhansel is no stranger to the winning ways of MINI. In 2012, he won Dakar at the controls of a MINI ALL4 Racing. It was in the same legendary car that he defended his Dakar title the following year.

Carlos Sainz is the reigning Dakar champion. 2018 was the second year “El Matador” drove to Dakar victory and, by all accounts, the celebrations were as emotional as his first success in 2010. Defence of his Dakar title will start with his first official competitive race in the MINI John Cooper Works Buggy in Morocco, where he and Despres will gather machine development data ahead of the 2019 Dakar. 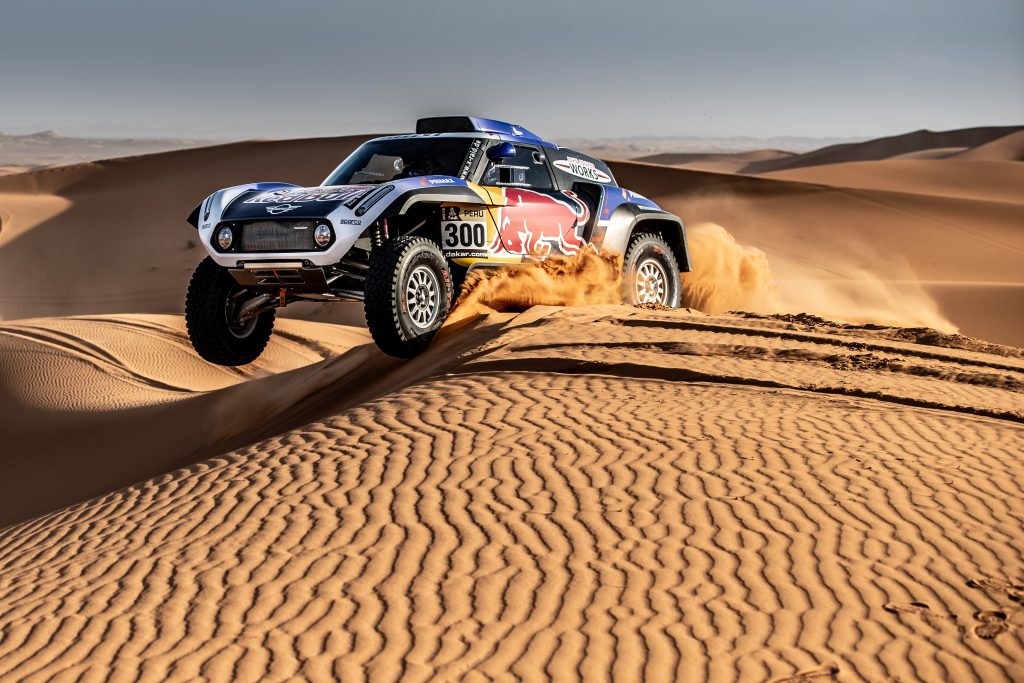 Cyril Despres: “I have a new car, a new team and a new co-driver, but the same passion and motivation. I am very much looking forward to lining up in the MINI John Cooper Works Buggy. We will almost exclusively be on sand at the 2019 Dakar. One mistake and it could all be over. There are a lot of opportunities to get bogged down and lose time. The coming Dakar will be extremely intensive and challenging.”

Stéphane Peterhansel: “I have had two victories at the Dakar with X-raid – they are very fond memories. I am happy to return to the team, together with Carlos and Cyril. I was very excited when I climbed into the MINI John Cooper Works Buggy. It is great fun and easy to drive. The next Dakar takes place in one country, but I find Peru a very interesting and nice country. There are big dunes and open desert – that makes the rally very interesting.”

Carlos Sainz: “A new team, a new car, and with them a new challenge. I am very optimistic that we will master this challenge. We are well prepared. I love the challenge of working with, developing and getting the best out of a new car. That is always exciting. I am happy with the MINI John Cooper Works Buggy and we still have time to develop it further.” 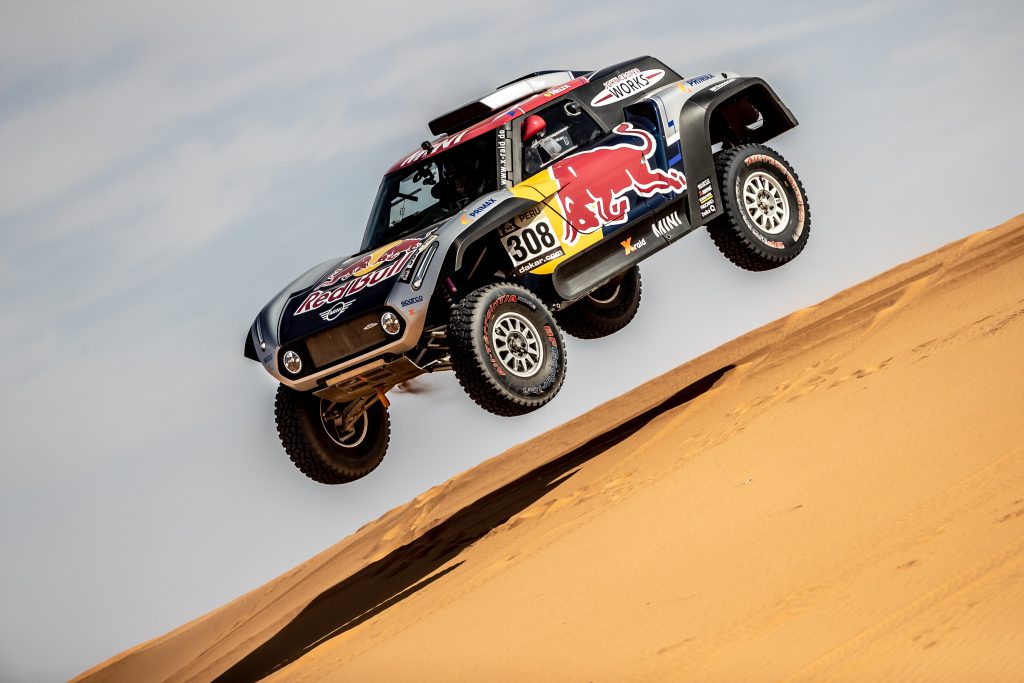 Sven Quandt – CEO X-raid: “This trio is obviously a dream cast, which brings a wealth of experience. Carlos’ support during the development of MINI John Cooper Works Buggy has taken us forward in terms of its set-up. Stéphane is an old friend and I am delighted to have him back in the team. Cyril has shown what he is capable of and I am intrigued to see how he puts his ability into practice with X-raid. In any case, he already has plenty of kilometres under his belt in our car.

“The MINI John Cooper Works Buggy has satisfactorily completed a lot of test kilometres in recent months and we are very excited about its first competitive outing in Morocco at the hands of Cyril and Carlos.” 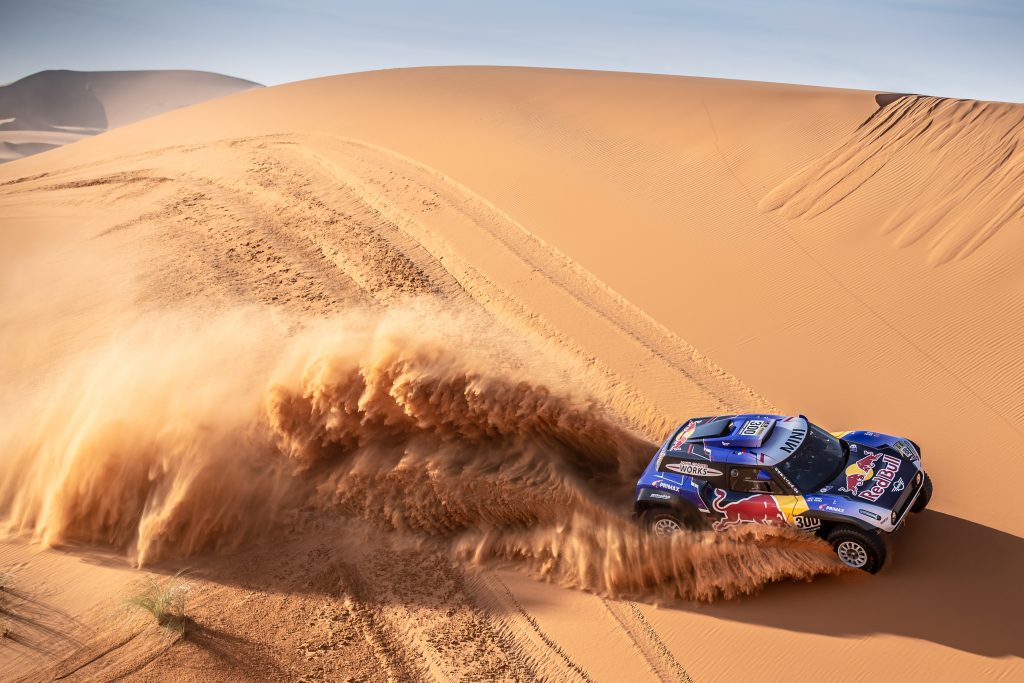