With its latest generation of tactical military trucks, CNH Industrial subsidiary Iveco Defence Vehicles is reconfirmed as a privileged supplier for the German Armed Forces. 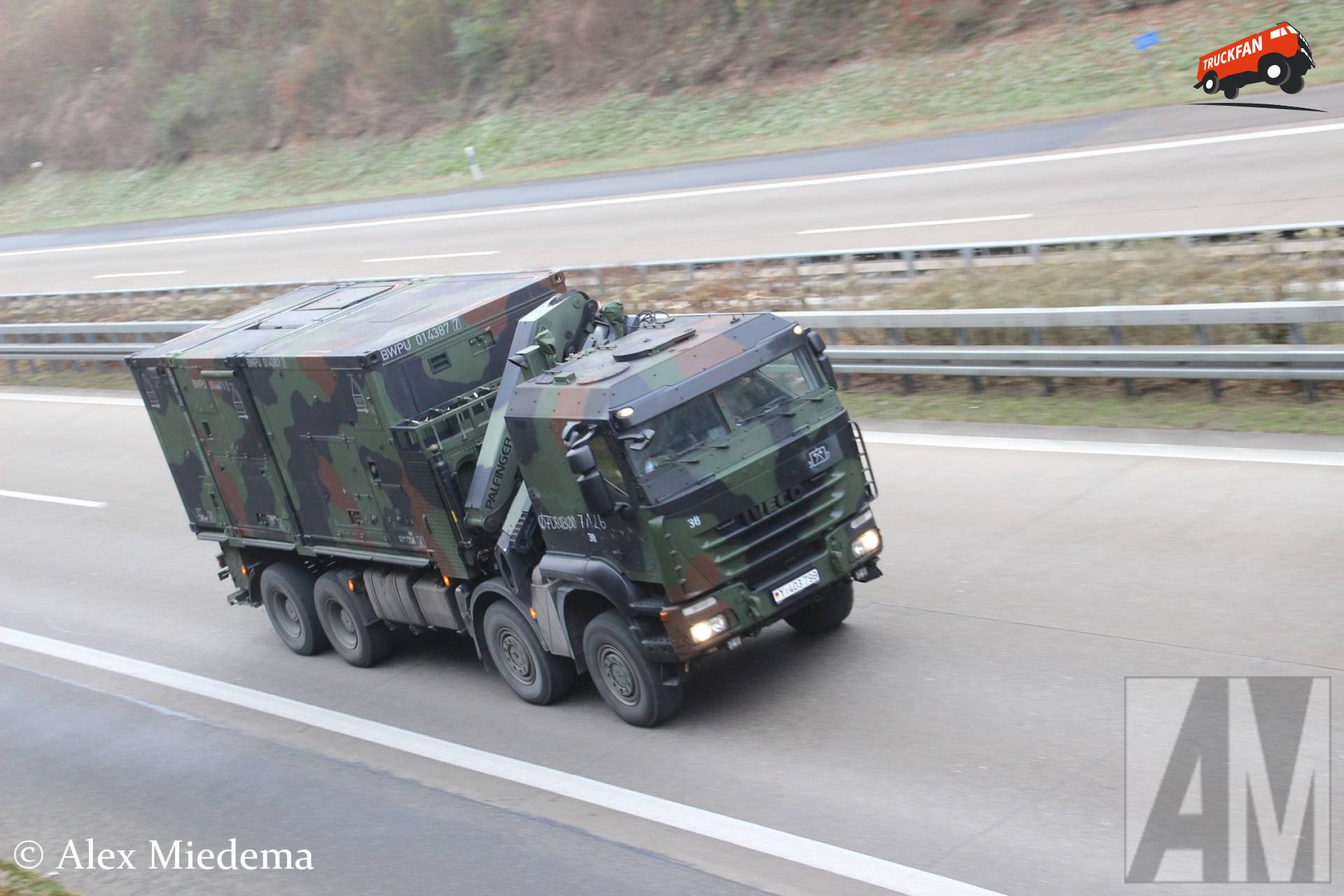 The 100th Iveco Trakker of a total order of some 133 tactical military trucks has been delivered by Iveco Defence Vehicles to the German Bundeswehr, the German Armed Forces – represented by BAAINBw (Federal Office of Bundeswehr Equipment, Information Technology and In-Service Support). The handover ceremony was held at the Iveco Defence Vehicles’ site in Germany, Ulm, attended by military and Ministry of Defence representatives as well as industrial partners.

The 133 tactical military trucks, which are renowned for their high mobility capabilities and outstanding protection level, belong to a contract signed in 2015 as part of the German Army GTF (Geschützte Transportfahrzeuge) procurement programme, with delivery over four years.

The vehicles are equipped with a protected cab, which currently offers the highest levels of ballistic, mine and IED protection in five different configurations, including various types of ISO-container-transport body work, some with hydraulic crane and winch systems.

“This 100th vehicle seals the already strong relationship between Iveco Defence Vehicles and the German MoD, one of our most important customers,” commented Vincenzo Giannelli, President & CEO of Iveco Defence Vehicles. “We are proud to continue providing best-in-class solutions to current and future requirements of the German Armed Forces, on the basis of a solid mutual trust and satisfaction built over the years through our German branch, which continues to stand out for the quality of services rendered to the customer.”

Over the last decade, the company has delivered nearly 1,000 vehicles to the German Army from its wide product range, which have already been extensively fielded in operational areas such as Afghanistan and Mali. Recent contract awards with the Bundeswehr also include 280 Eurocargo 4×4 trucks to be delivered in 2018.