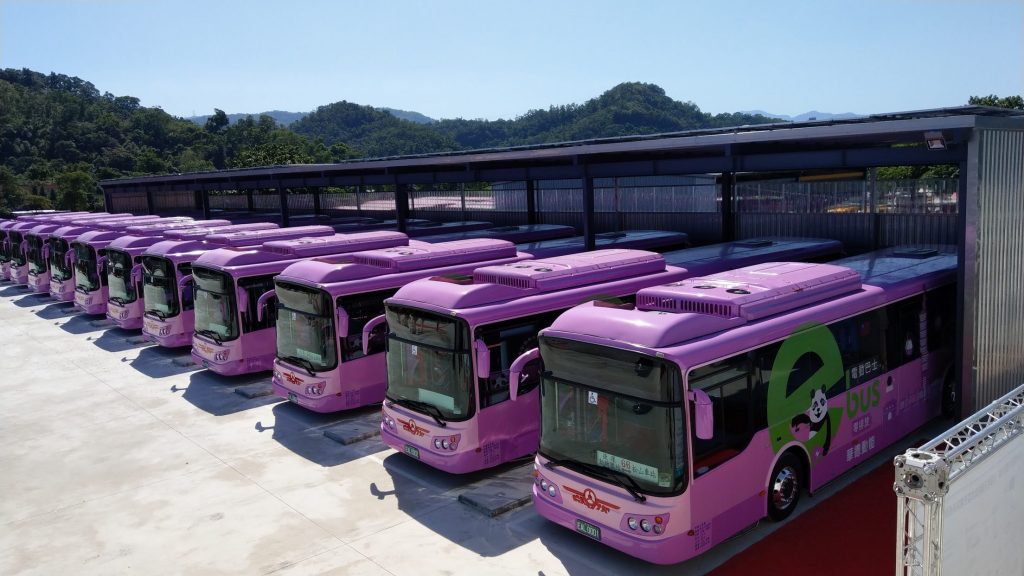 The 12-ton buses are the lightest on the market in their class. thanks to the extremely compact and lightweight design of the EDITRON system. The system’s highly-efficient Danfoss Permanent Magnet Machines also reduce fuel and prolong the buses’ operation range. With zero emissions, the fleet is able to run above 260 kilometres when fully loaded, and over 300 kilometres when empty.

EDITRON’s control and monitoring software is capable of running self-diagnosis and is constantly monitoring and reporting to the control centre on motor temperature, power situation and remaining mileage. This greatly reduces the risk of sudden bus failure and improves the efficiency of the overall operation.

Each bus’s roof is equipped with a 302-square-metre roof single crystal solar panel that can generate 130kW of electricity per day. Each bus can be charged in just five hours.

The buses were commissioned by RAC Electric Vehicles, and the company has already placed an order to Danfoss EDITRON for another 36 drivetrains to be delivered early next year. This will help to support Taipei City Public Transportation Office’s new green energy policy, which aims to have 400 electric buses on its roads in the next 4 years. The long-term goal for the city is to have an all-electric bus network.

Kimmo Rauma, Danfoss EDITRON Vice-President, commented: “We have been very active in Taiwan since we launched Asia’s first hybrid electric ferry in 2017 and we’ve seen how quickly electrification is happening in this region. As a company committed to fighting pollution, we are excited that Taipei has made the choice to electrify its bus fleet and, of course, that they chose Danfoss EDITRON technology to achieve that vision. The confidence shown in the EDITRON system confirms us as the high-quality choice for bus manufacturers and we look forward to many new projects in the pipeline.”.

Danfoss EDITRON has a manufacturing partnership with Asia’s largest electric motor producer TECO Electric & Machinery Company. The company manufactures Danfoss EDITRON’s SPRM motors in Asia, making it easier for customers to equipped themselves with the market-leading electric drivetrains with a shorter lead time and advantageous prices.

Urban electric buses constitute the fastest part of the EV market, and the Asian market is driving momentum with China taking the lead. The country is the world’s largest bus maker, producing 99% of the world’s global fleet, and is putting on the roads the equivalent of the entire London bus fleet every five weeks.