Summer drivers might have to wait patiently behind one or two caravans before they can overtake. But 15 in a row – all pulled by a single vehicle? 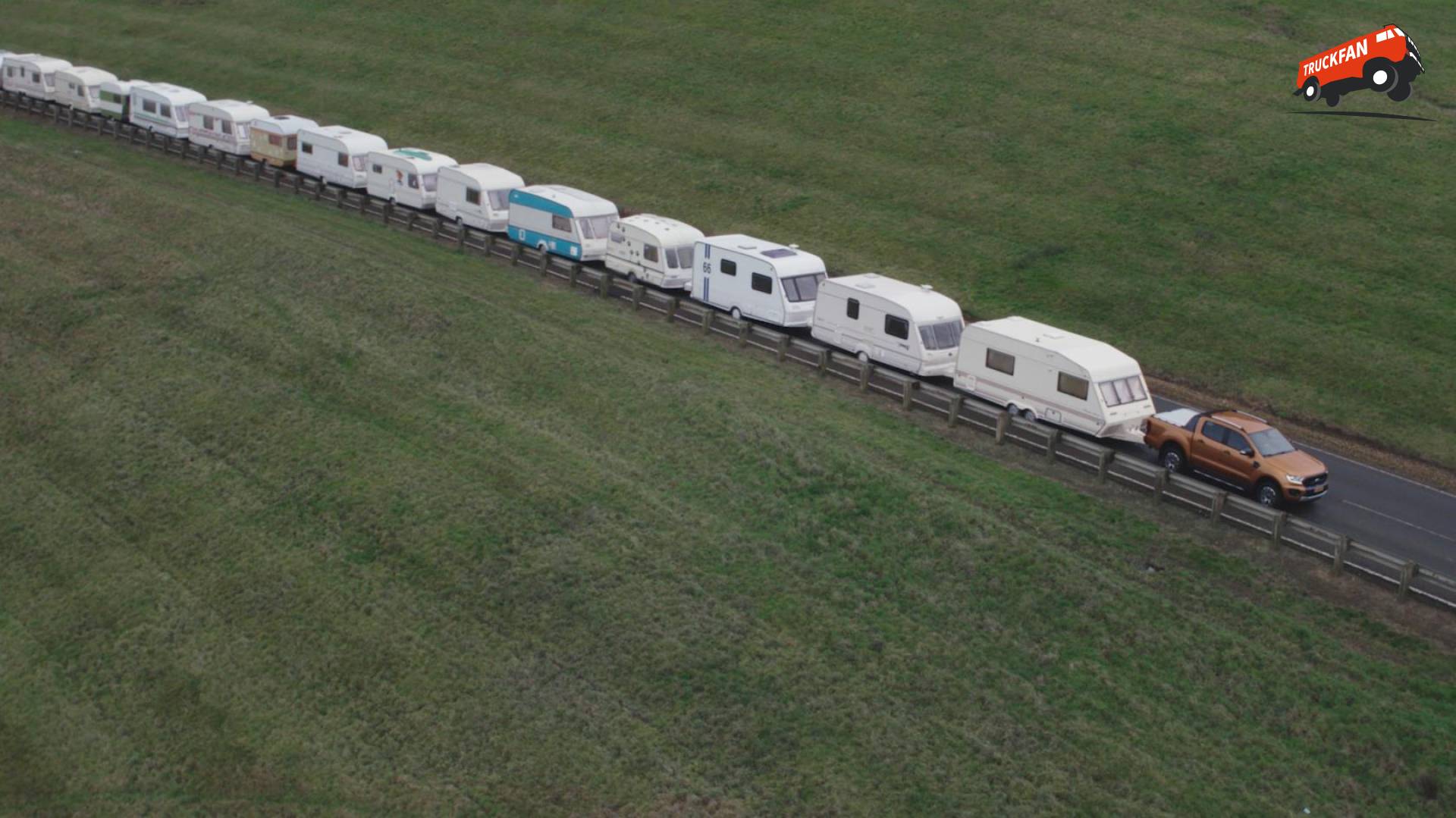 Don’t worry. It’s not a situation you are likely to encounter any time soon. The caravan of caravans was created by Ford for a new film that demonstrates the remarkable pulling power of the new Ranger pick-up.

The film shows the Ford Ranger effortlessly towing its 20-tonne convoy when the driver notices a car behind, anxious to overtake, and waves the other driver past. It is only then that the number of caravans becomes apparent.

A month in the making and shot on location at Millbrook Proving Ground in the U.K., the film required the caravans to be reinforced with steel frames and equipped with tow bars front and back.

“This was the slowest stunt I’ve ever done – but also one of the hardest. Trying to keep the caravans on the straight and narrow while the car drove past was a tough challenge, and one that really demonstrates the Ranger’s capabilities,” said precision driver Paul Swift who was behind the wheel of the Ranger.

Measuring almost 100 metres in length with the 213 PS 2.0-litre EcoBlue Bi-turbo Ranger at its head, the caravans consisted of models that included a 1950s Airstream, a hippy-themed caravan, and a caravan especially for dog lovers – complete with paw prints.