he 25th edition of the Rallye Breslau Poland has ended! Tonight at the pricegiving ceremony the winners will be celebrated, with a fantastic dinner, music and stories gathered in five beautiful days in Poland. Each day the stages were longer, more intense and more challenging for the competitors, and todays’ fifth stage was the highlight of the week.

For the first time in 25 years of Rallye Breslau Poland it looks like we have a female winner on the motorbike: Mirjam Pol, who gathered fame in the Netherlands with her Dakar participations has finally discovered the ‘Breslau’: “I want to be 100% sure before I say too much, but it would be fantastic!” she says at the finishline. “I quickly picked up on the navigation here, and the sand on the Polygon here is just magic. I was flying with my bike, so much fun!

“This morning we left together with Tsanko, and when he made a mistake we could overtake him,” says Yann van Beek, who finishes second with his SSV. “But in the overall ranking Tsanko is unbeatable, he is so fast and his navigator Zornitsa is very precise!” Especially in Drawsko the terrain is made for the SSV, so at the Rallye Breslau Poland we see an increase every year: it is the class of the future.

“When it started to rain the track turned into soap, it was so slippery!” says FRank Stensky, winner of the car category. “Herman Jasper could easily pass us, he was on MT tires and had much more grip.” Frank is happy to have some good competition. “My history with the Breslau goes back to 2000, when we started to race with our G-Wagon. That’s why I wanted to be here as well, it is a special race for me!” 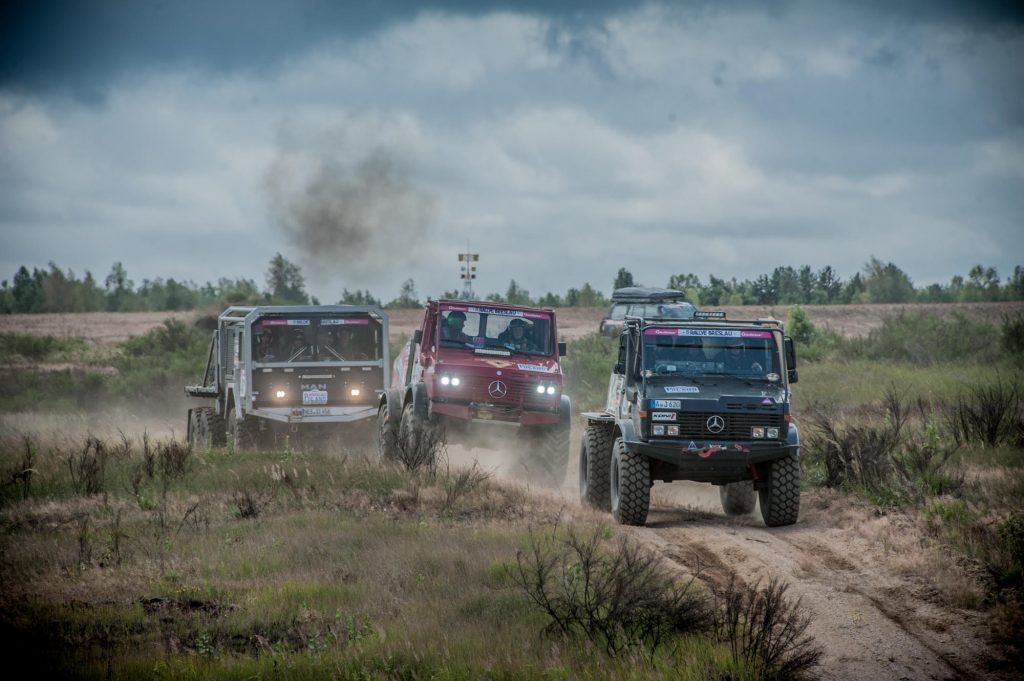 Robert Striebe in MAN and Tom Heuer in Tatra were chasing each other all day long. “We did not loose sight of each other, and every time one of us made a mistake the other took the lead,” says Tom Heuer. Robert Striebe agrees: “And it is such a great race for the truck! It’s an event for normal people, where you race during the day and help each other in the evening!”

Part of the Breslau Heritage is the Extreme Class, a tough race with natural challenges, swamps and rivercrossings. “And we love it!” says David Drancourt. “Give me a roadbook and I will continue tomorrow of another time. But first we need a shower, the last swamp was very deep! Luckily our car can cope with it, it is a dream to drive and fast in the difficult sections.

The Extreme Class brings a lot of creativity, with cars designed for the race. “WE started in 2008 with our Suzuki,” says Matthias Hertwig, who wins todays stage in the Car Extreme category. “The only thing that remains from the original car is the steering wheel, the roof and the pedalbox. It is now a practical and fast proto, perfect for forests and long winch sections, with a 50kw hydraulic winch, special gearbox and many nice details!” Such as two beers, carried on board just for the finishline! 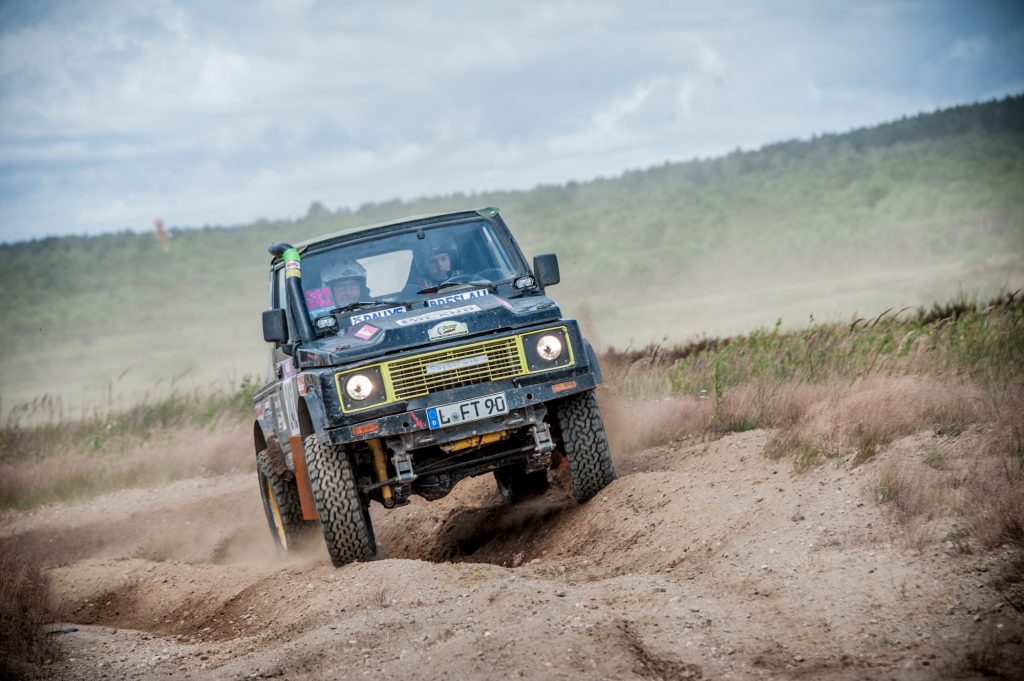 “We drove the last section without cooling,” says Kay Messner, one of the front runners in the Truck Extreme category. “The heat in the cabin was not just from the engine, it is is very close in the overal ranking and we did not want to loose too much time. Tonight we will know for sure, Henri Verhoeven is also very fast this year!

Winning the Unimog Class or Truck Small Extreme makes for a sweet day for Steffen Braun, who had to deal with many small issues, and even thought his engine was cooked. “Every time it were small things,” he said, and luckily he continued to the end, securing his first place !

The Rallye Breslau Poland 2019 was challenging, fast, difficult – it is a race in which everyone can enter, but not many can finish. From the beginning in 1995 the Breslau has seen everything: from a small group of adventurers to 350 starters in the high days to 200 this year with the new formula of 5 days. “We have brought the Rallye Breslau Poland to the 21st century,’ says organiser Alexander Kovatchev, standing on the shoulders of the pioneers in our field. “Let us celebrate our sport and keep the spirit and competition alive: see you next year!” 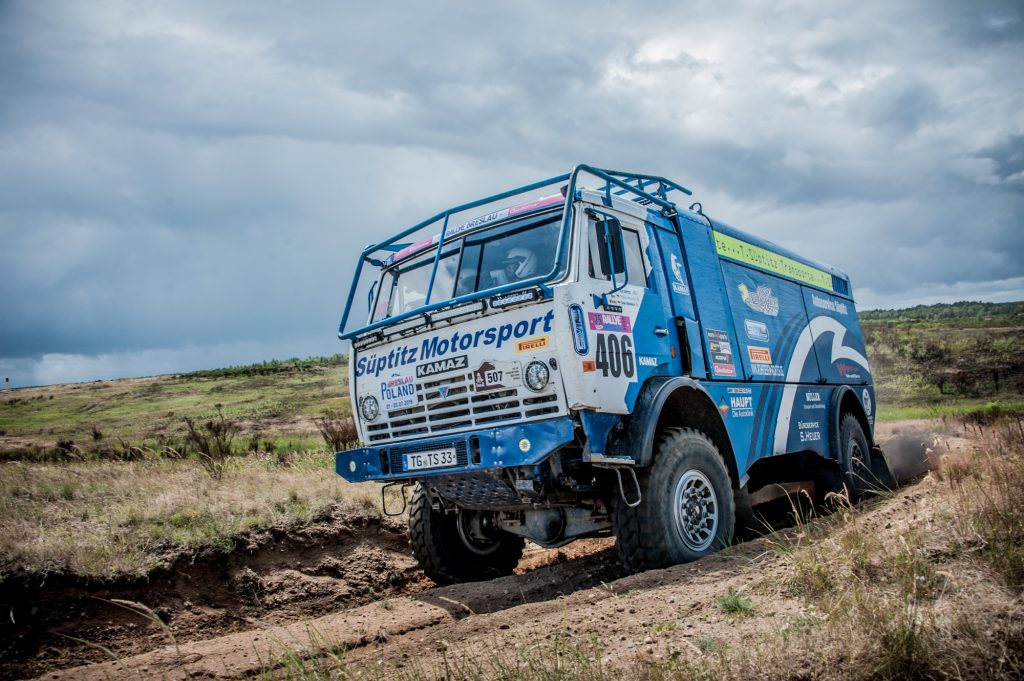