Consisting of six separate loads, Collett have completed delivery of Battenhall Bridleway to the West Midlands.

Collecting from the manufacturing facility in Northallerton, each of the three deck sections, arch section and two arch ends required transport solutions, firstly to Sheffield for finishing before final delivery to site. The 16m, 21m and 25.5m long deck sections were all loaded directly to 4-axle extendable trailers and transported from site. The longest component, the 27m arch section would require a different solution. Due to the size of the arch section and the positioning within the manufacturing facility, the Collett Team employed SPT operations to extract the structure from its position within the workshop before onward transport operations could take place. 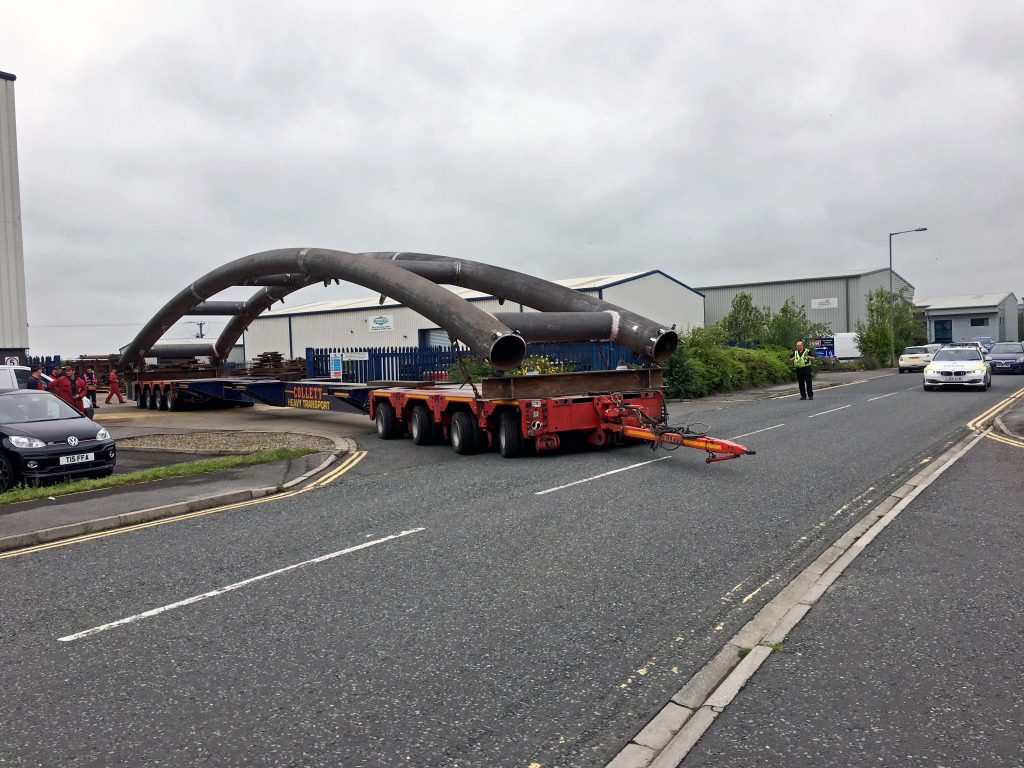 Over a two-week period, each of the components travelled under South Yorkshire Police and private escort to the Worcester construction site. The heaviest of the components, the 31 Tonne deck section, was the first to make the journey to site. Having utilised Collett’s Heavy Lift Storage facility throughout the project, the deck section departed from Goole at 7pm to avoid causing any unnecessary disruption to other road users. From here the cargo overnighted at the M1 Junction 28 abnormal loads bay for onward transport the following day. 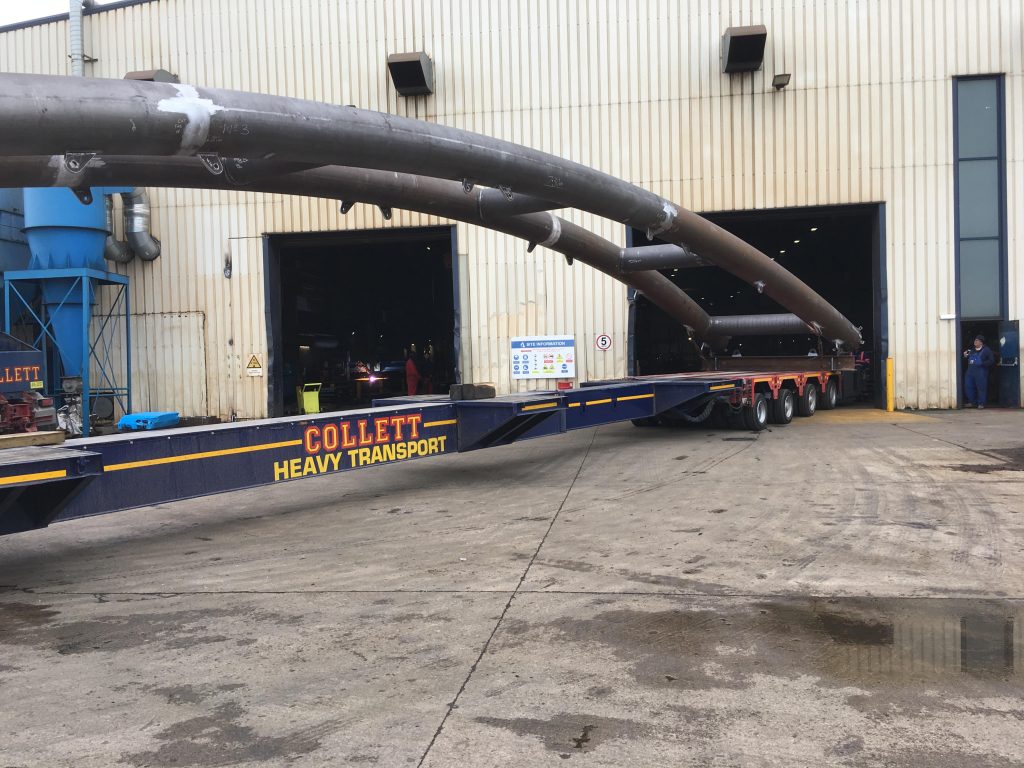 Having undertaken meticulous swept path analysis reports, all enabling works for the movement and any required street furniture removals on the designated route, Collett safely and successfully delivered the bridge sections to their Worcester destination.

With two loads delivering directly from Goole, each of the other four completed the 120-mile route from Sheffield to the Worcester construction site. In line with the required assembly programme, each of the cargoes were positioned to a specific trailer orientation and delivered to a strict construction schedule. 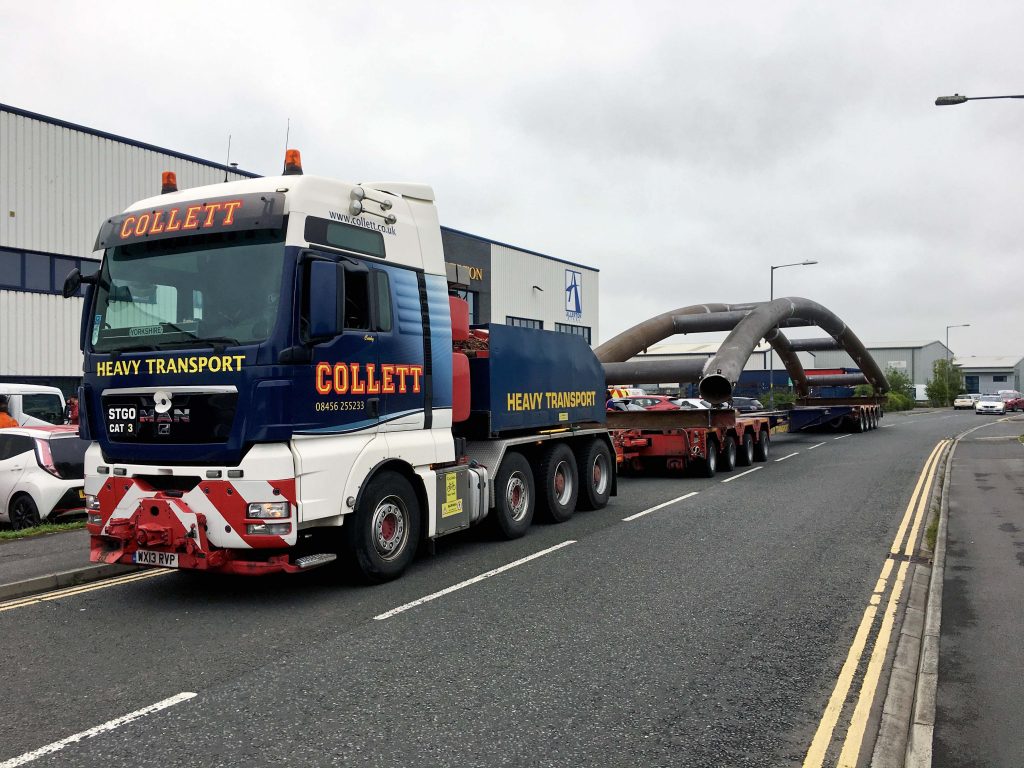 Once on site, each of the bridge sections would be welded together to form a 170 Tonne footbridge spanning 62m which will be lifted in to position above the carriageway by 1,250 Tonne crane.