Utilising their crane vehicle fleet to provide a flexible transport and offloading solution, Collett deliver four giant steel tubes to the Yorkshire Dales.
After a month’s worth of rain fell in just two hours, Cogden Beck bridge was completely destroyed by boulders and debris washed down in the early August floods.
Collett have delivered the components for developers to construct a temporary structure. Loaded to a Mercedes-Benz Actros 8×4 complete with 80 Tonne/Metre crane, Collett transported the cargoes the 90 miles from Cleveland Steel & Tubes Depot to the remote delivery site in Grinton in the Yorkshire Dales. 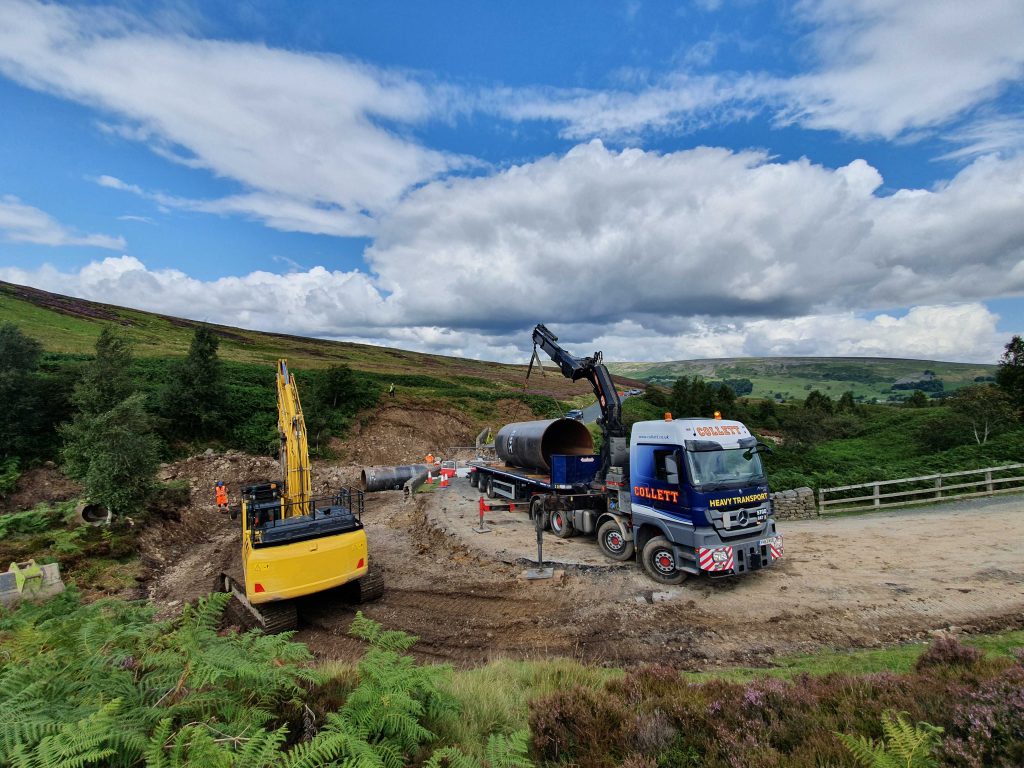 With the remoteness of the site and the restricted space, crane hire would not be an option, therefore Collett utilised their crane vehicle fleet to provide the ideal cost effective solution. 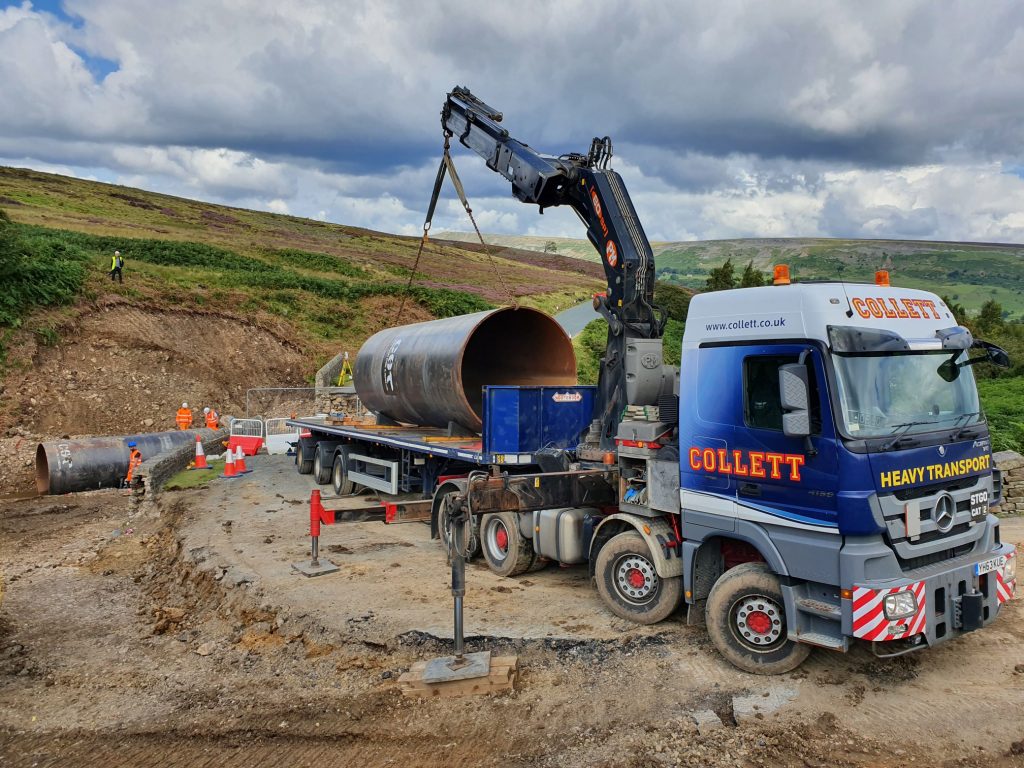 Featuring 5 boom extensions and a maximum lifting capacity of 23 Tonnes at 2.75 metres, utilising this crane vehicle allowed the Collett Team to deliver each of the four 14 Tonne tube sections directly to the river bed.
Once in place the tubes will be used to divert the waterway, allowing for the construction of a temporary bridge and restoring access for residents and tourist, with the construction of a traditional Dales masonry bridge scheduled for later in the year. The temporary structure will also allow the route to be utilised for the upcoming UCI World Championships in September when the best cyclists of the world travel to Yorkshire to compete, the first time that Britain has hosted Championships since 1982. 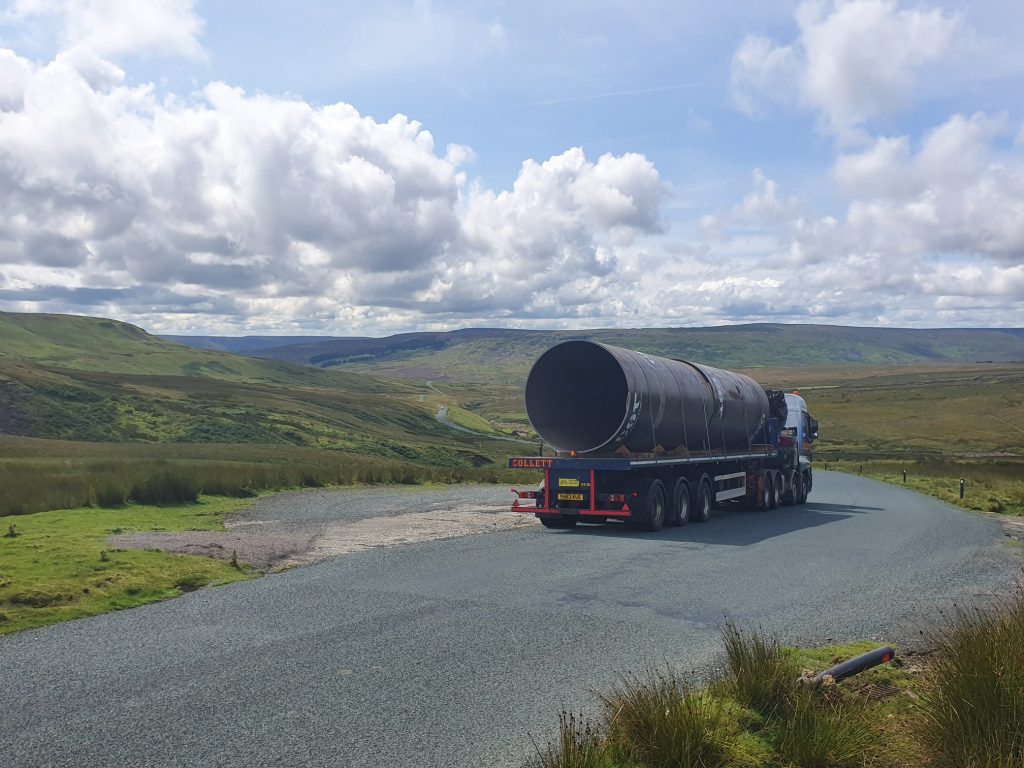