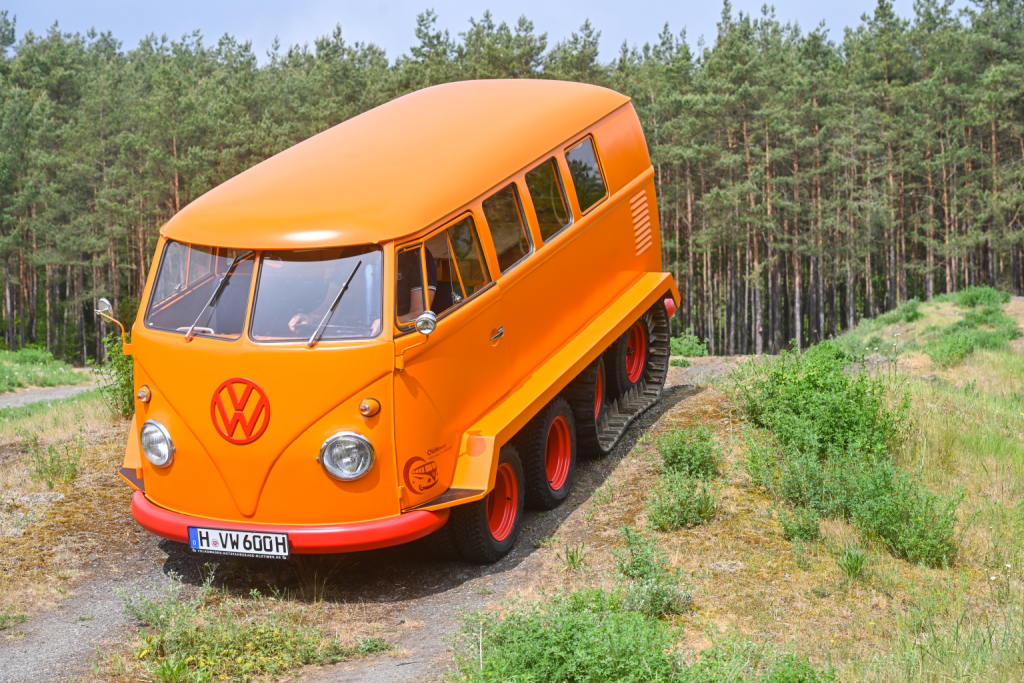 VWCV Classic Vehicles has just finished bringing a unique 60-year-old vehicle back to mint condition: the ‘Half-track Fox’! This T1 was produced in the Hannover plant in May 1962 and then sent off to its purchaser in Austria. After a short period of life as a normal T1, it was transformed there at the hands of a resourceful Viennese Volkswagen mechanic into an Alpine specialist: Kurt Kretzner converted the Bulli into a T1 with four axles – two of them fitted with a chain drive mechanism and two steering the vehicle using double tyres. And thus he created what is probably the most off-road-capable Bulli ever to be seen on the mountain slopes of this world. 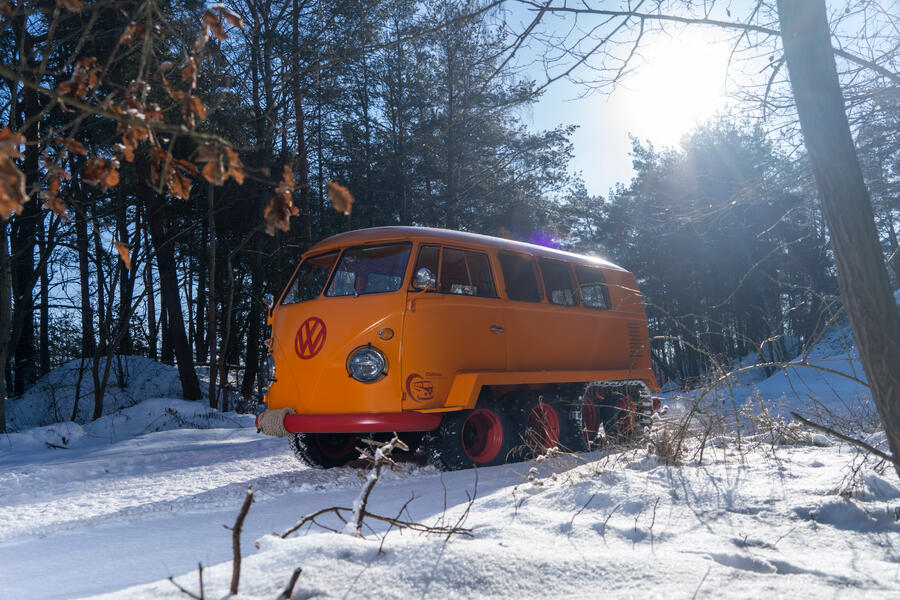 Historic sources say he was a keen skier. He noted that in the mountainous regions of Austria there was a scarcity of vans with high standard off-road capabilities. Ones that were easy for anyone to drive and yet could climb up to the highest Alpine meadow. “An ideal helper for everyone: mountain hut keepers, hunters, foresters, doctors, maintenance engineers for ski-lifts, TV and radio masts, pipelines and the like,” as Kretzner later wrote in the sales literature for the Half-track Fox. “At first, I had a look around, but couldn’t find the vehicle I was dreaming of. So, I decided to build it myself.” Just as Ferry Porsche once said and did, so too did Kurt Kretzner. The inventor spent over four years designing and building his mountain climber. Two ‘Foxes’, it seems, were built in the period up to 1968, but when it came to the third, production then ceased. What has survived, however, is at least one example of the Half-track Fox. 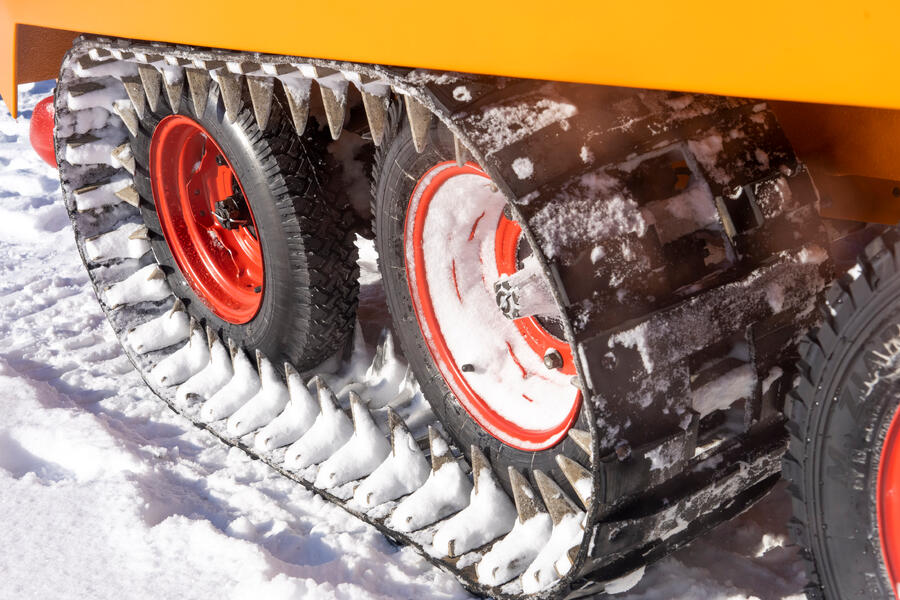 What the Viennese mechanic planted under the orange-painted Bulli body was, at the front, a steered double axle with dual rough-tread 14-inch tyres and, at the back, another double axle with chain drive. The chains were mounted on 13-inch wheels and a construction of his own design made of aluminium elements with rubber blocks two centimetres thick to spare the asphalt. As a result of the dual front-axle steering the turning circle was less than 10 metres – so it could almost turn within its own circumference. Each wheel was fitted with a brake. An automatic limited-slip differential ensured evenly distributed forward propulsion even in deep snow. The T1 drew its power for this from its standard 25 kW / 34 PS flat engine with a cubic capacity of 1,192 cm3. The Half-track Fox reached a top speed of 35 km/h and was thus only slightly slower than the animal kingdom member from which it got its name. 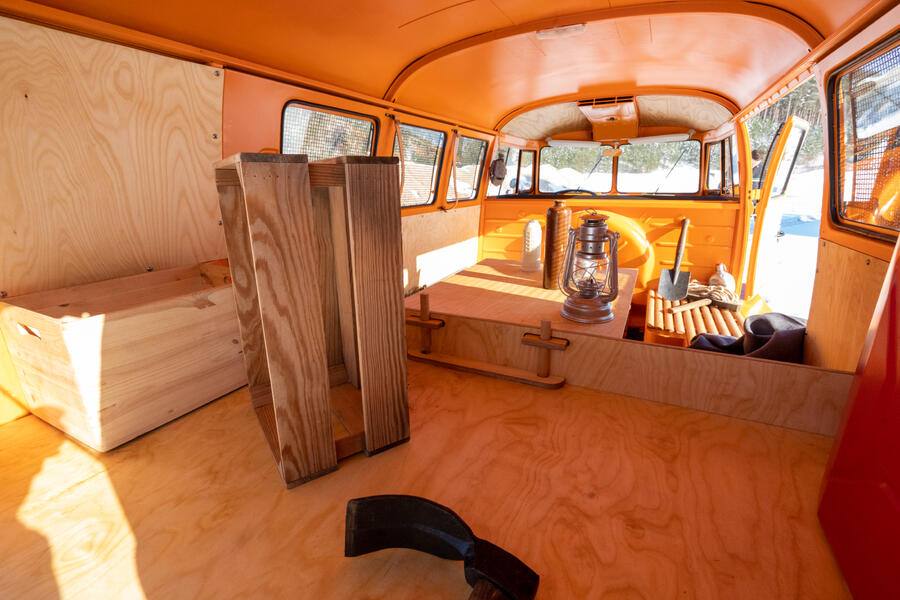 Kurt Kretzner wanted to build a tracked vehicle that would be very easy to steer. It was precisely for this reason that the mechanic opted not for steering via chains on every axle as is found on a bulldozer, but instead for a half-track solution (with chains only on the drive axles) and an almost standard, albeit doubled-up front-wheel steering mechanism. And that’s also how the inventor used to promote the Half-track Fox: “The new, ideal, easy-to-drive Half-track Fox that lets you safely and comfortably master all difficult terrain. Snow, sand, stony ground, mountain meadows, small streams and woods can all be driven through in this vehicle.” 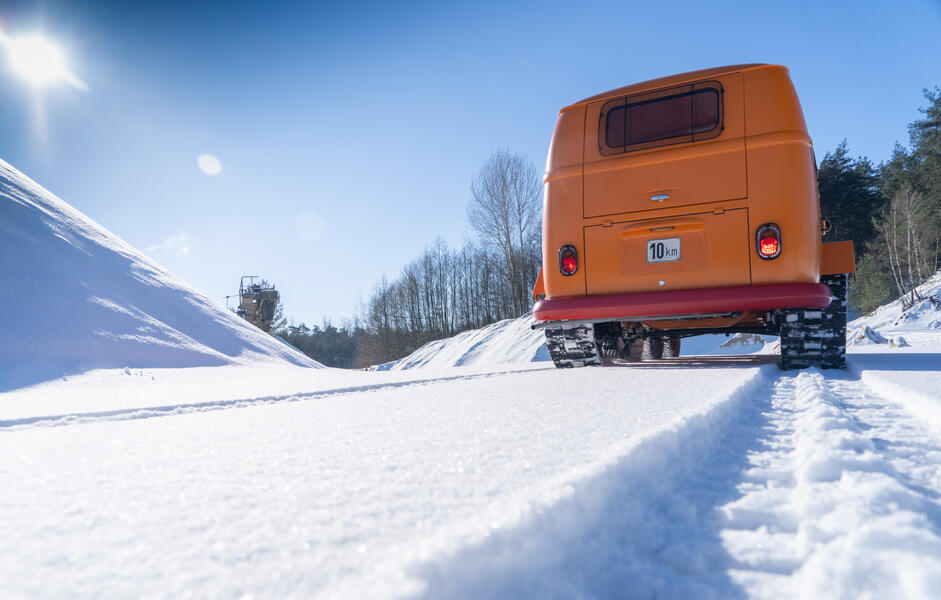 Over the years, the Half-track Fox was rarely seen. In 1985, the T1 turned up for a final time in Vienna, before in the early 1990s it was bought by the Porsche Museum in Gmünd. At some point, the Half-track Fox then passed into the possession of the ‘Bullikartei e.V.’ – a society of lovers of the first Bulli generation. In 2005, they began an initial attempt to restore the special Alpine vehicle. With the society’s members spread all over the country, however, it was unfortunately not possible for logistical reasons to complete the restoration. 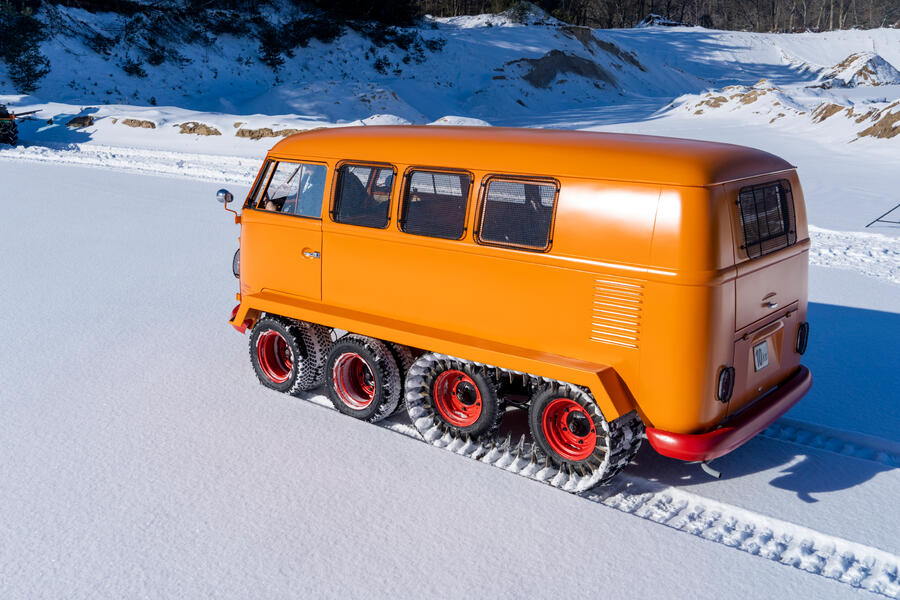 At the end of 2018, the Half-track Fox came into the collection of VWCV Classic Vehicles. The aim: to get the Half-track Fox up and running again. Under their guiding principle of “Erinnern. Erleben. Erhalten.” (Remember – Experience – Preserve), the classic vehicle experts therefore began a painstaking process of restoration. The 60-year-old bodywork was, as is the case for all factory restorations in Hannover, stripped of paint, repaired, given a cathodic dip coating and repainted in the largely original shade of orange. Matt orange, in fact. The intention being back in the day that the Half-track Fox should be immediately recognisable in the countryside. 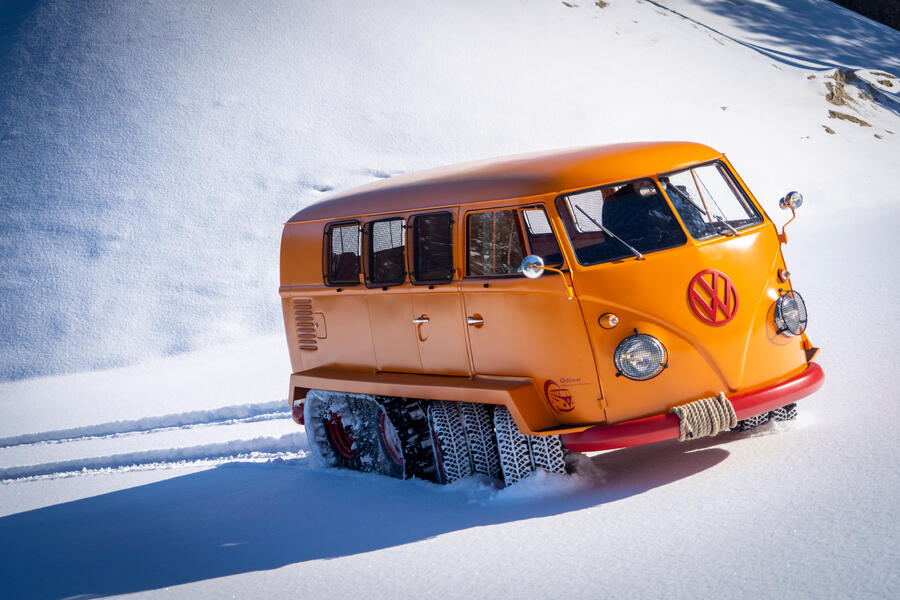 The VWCV Classic Vehicles team also got the mechanics back into as-new condition. The interior too. The team was able to give free rein to their creativity there, as there were no onerous specifications. Wood components in beech and pine were individually adapted to the space inside the Half-track Fox, and practical tool holders installed. In February 2022, the time had then finally come – the Half-track Fox again channelled its way through the snow. And did so, indeed, with unusually good uphill capability: following the extensive restoration of the four-axle T1, the team of VWCV Classic Vehicles could see for themselves that the driver was more likely to capitulate on steep climbs than the Half-track Fox! 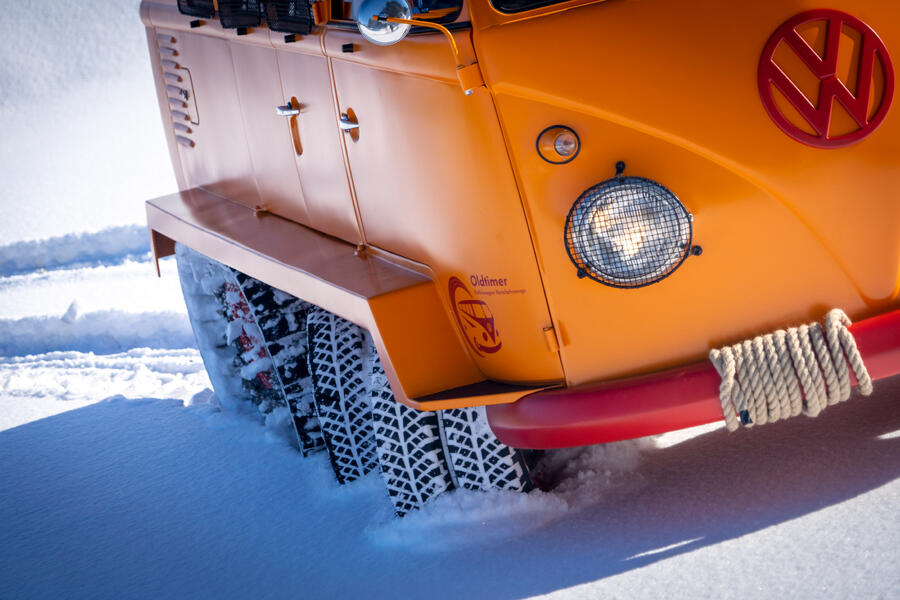 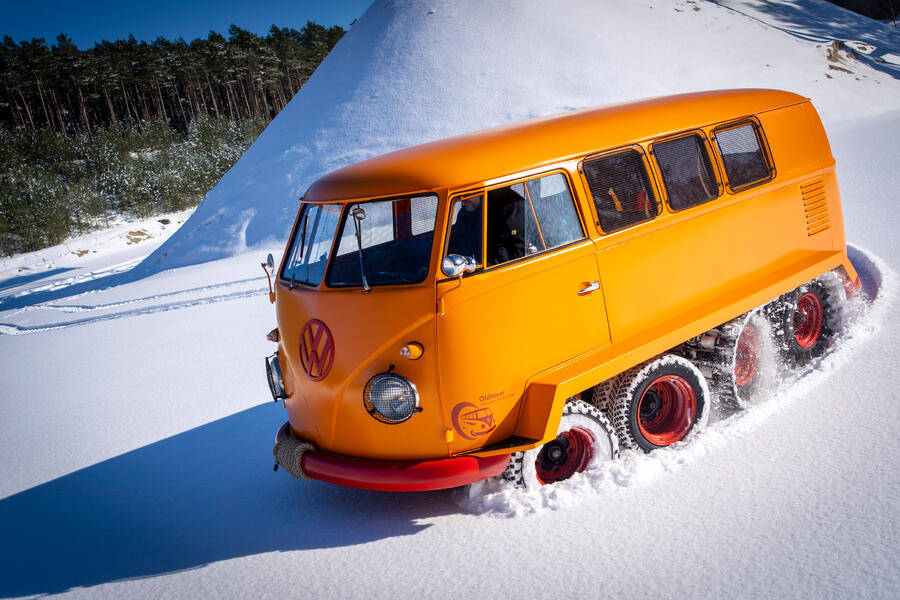 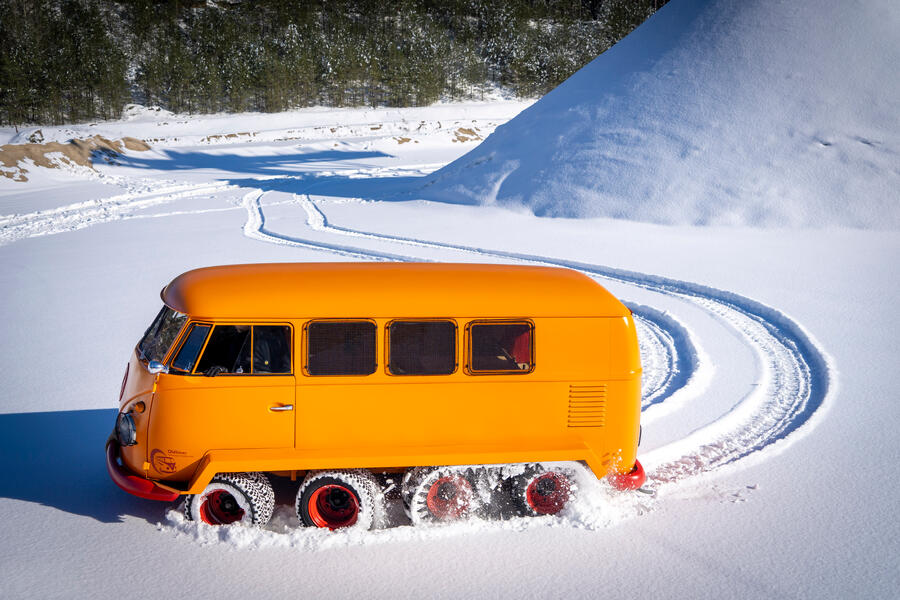 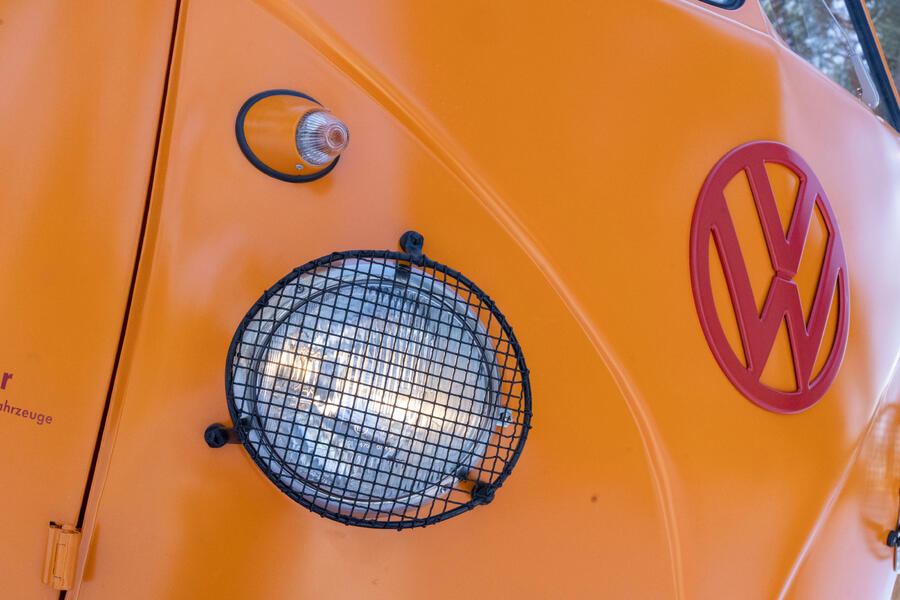 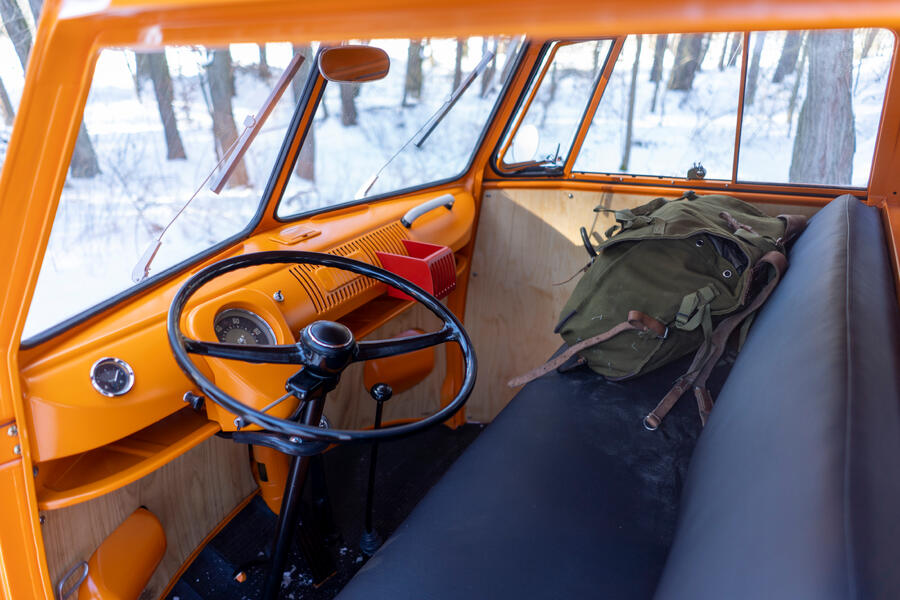 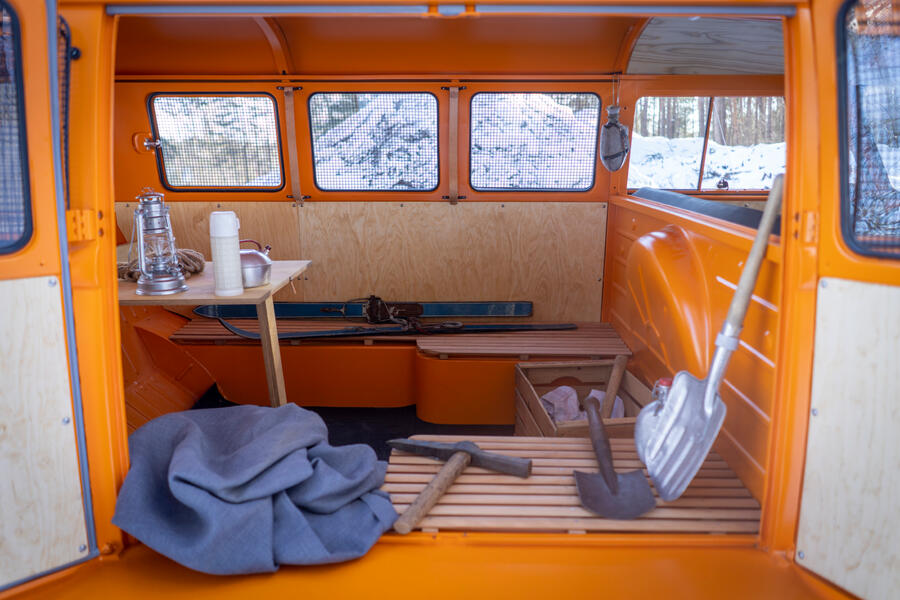 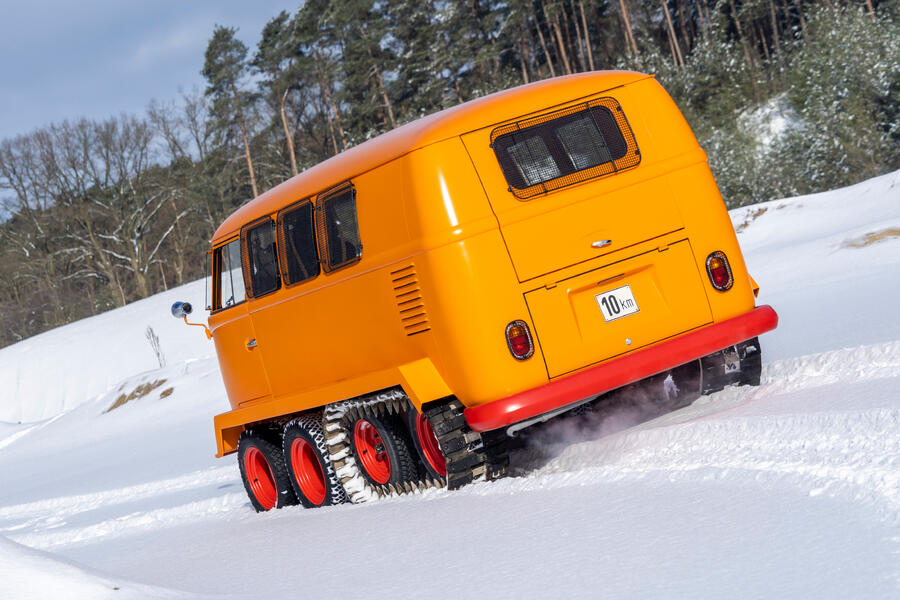 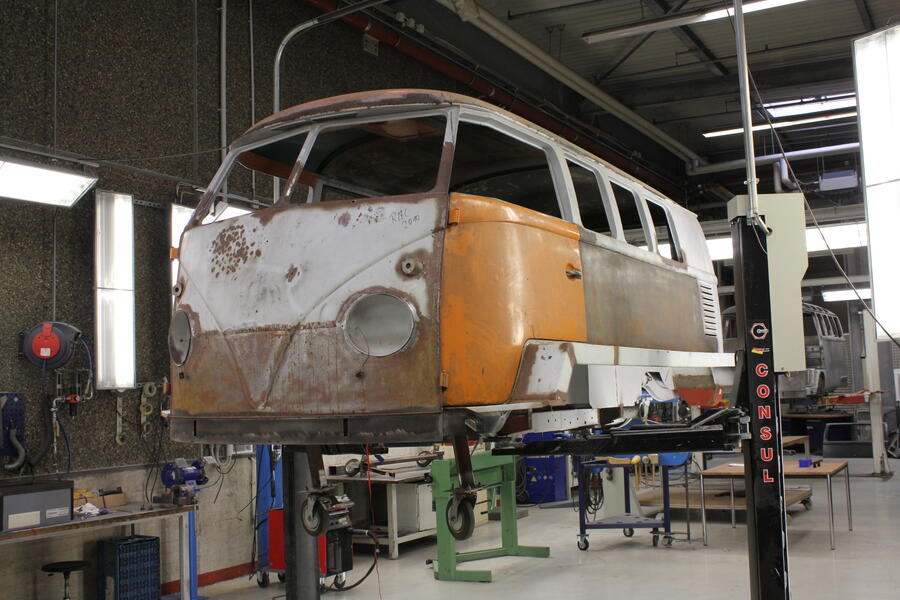 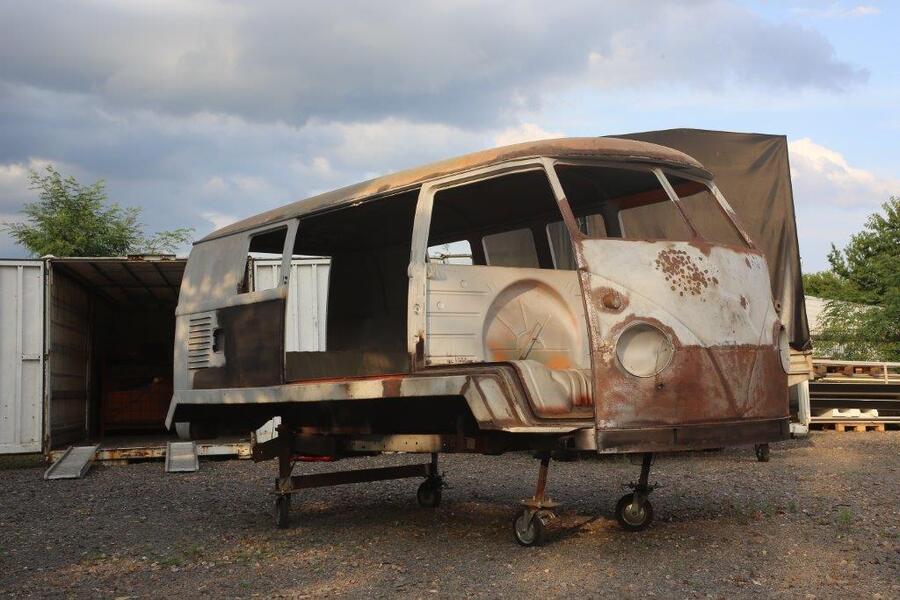 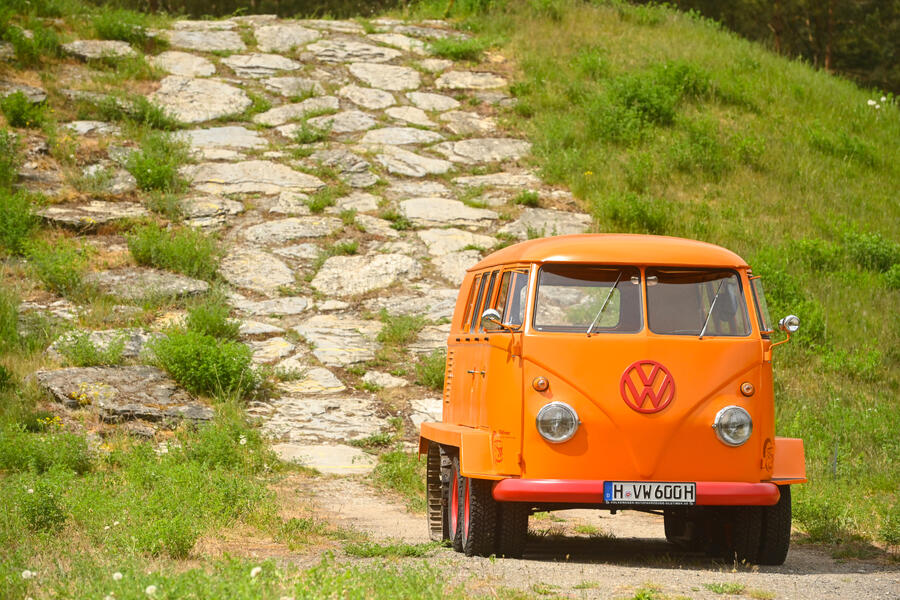 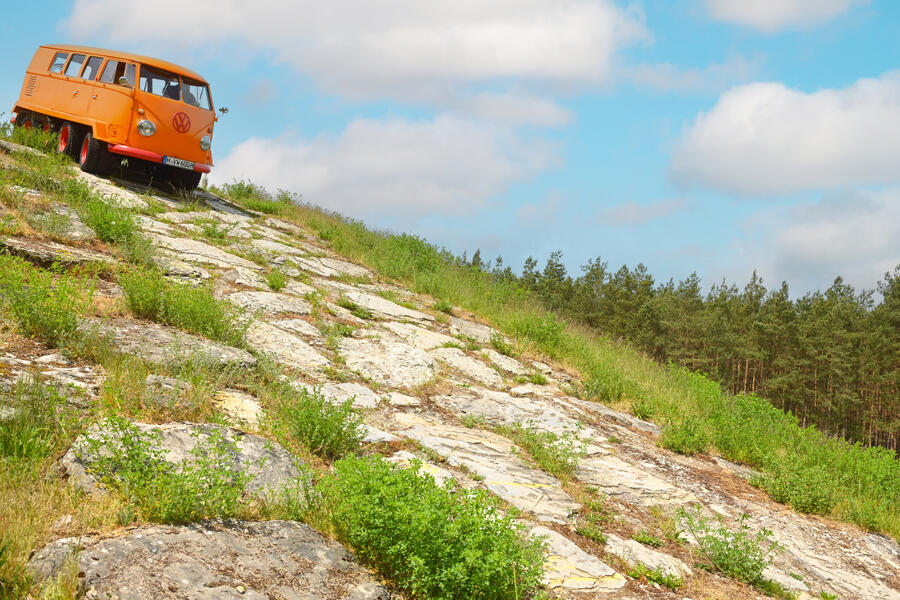 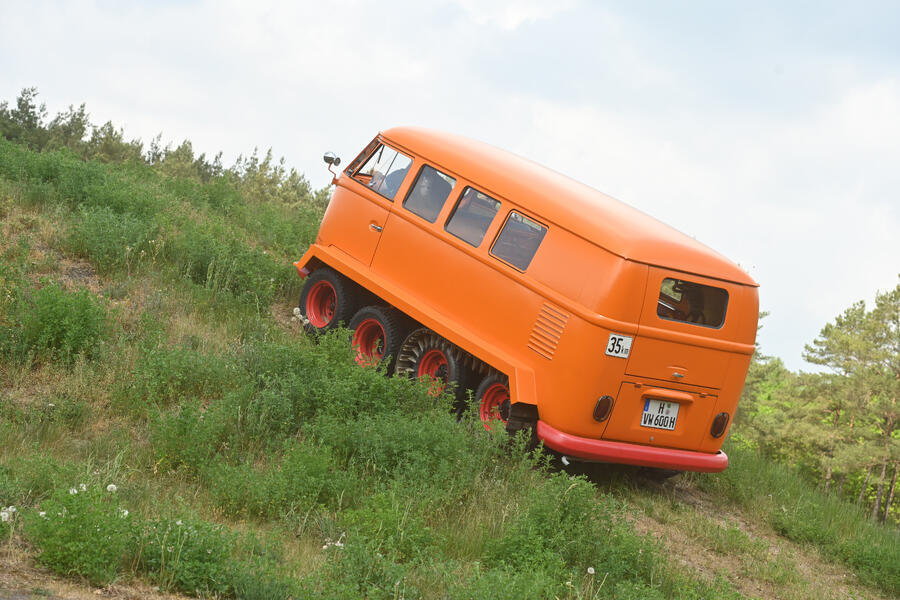 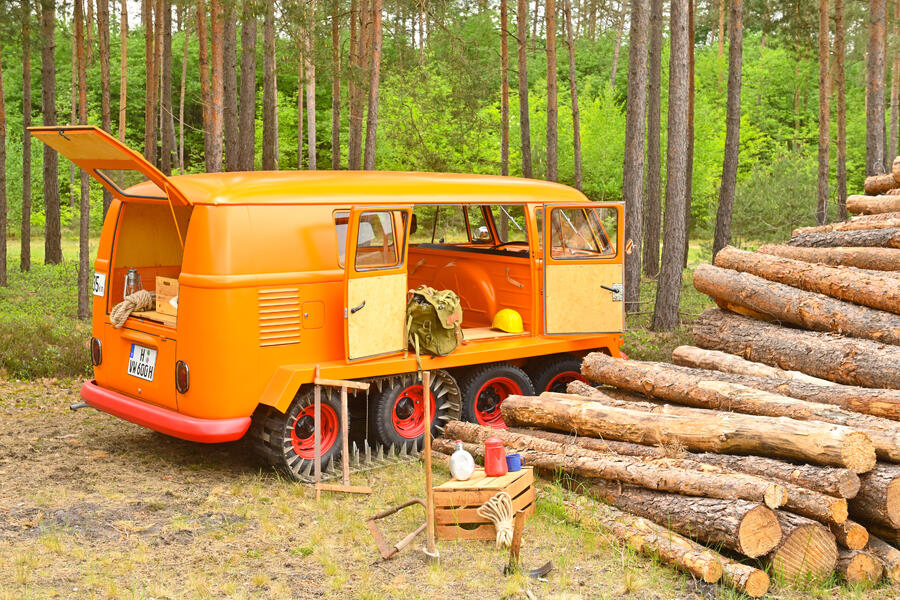 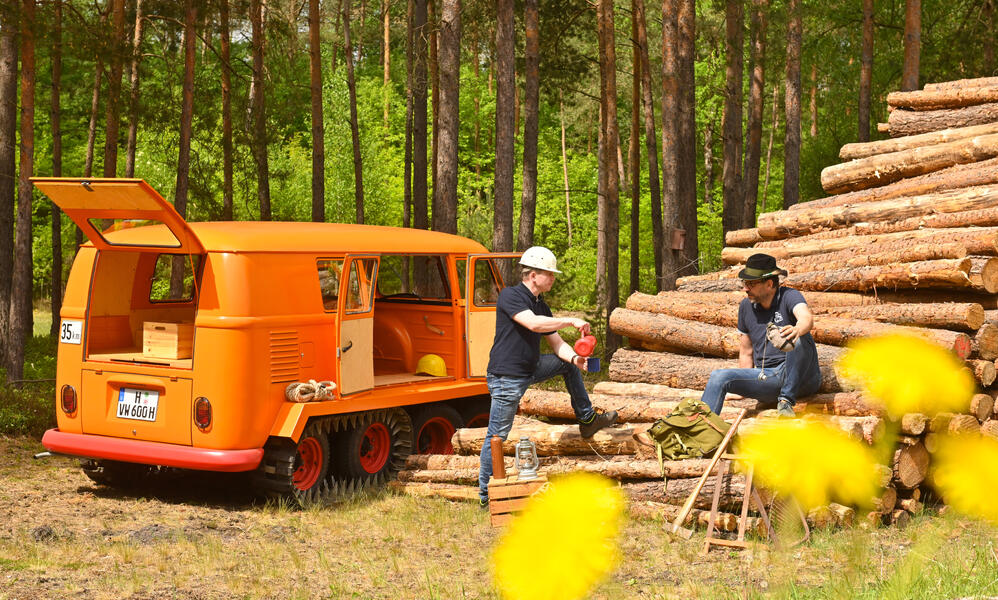 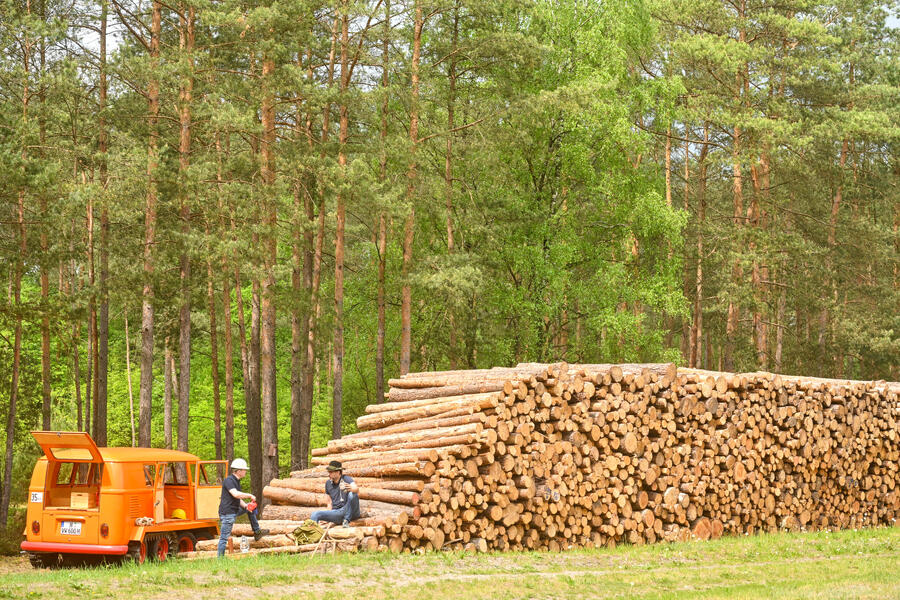 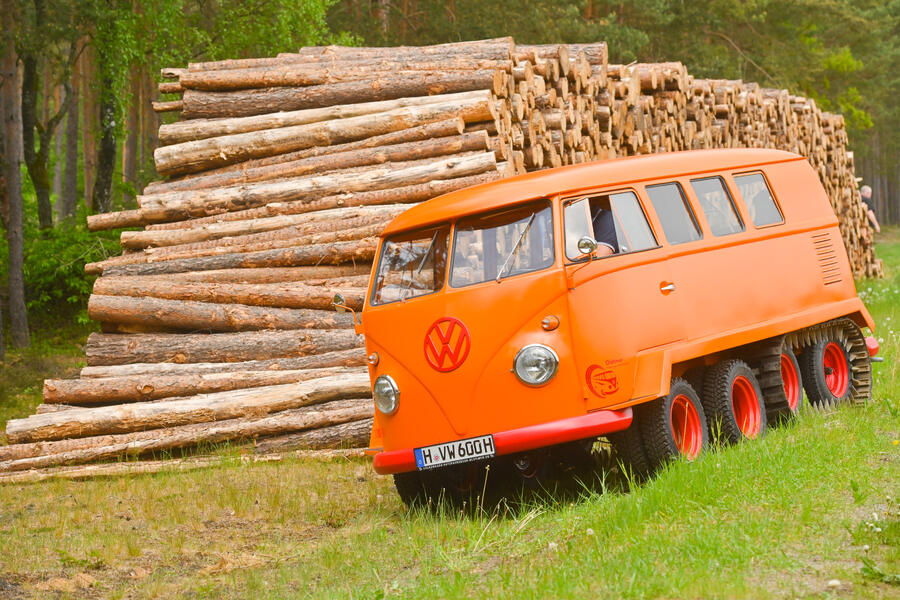 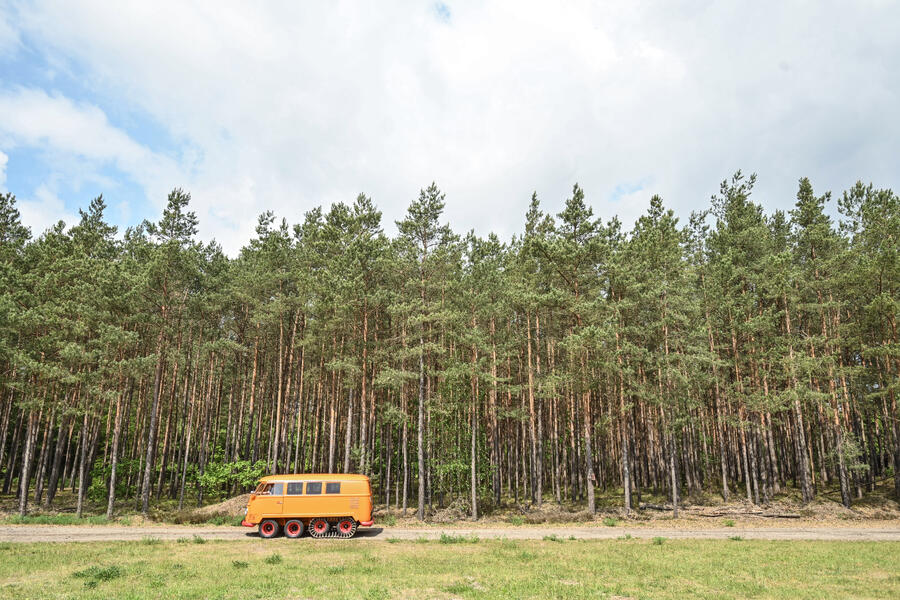 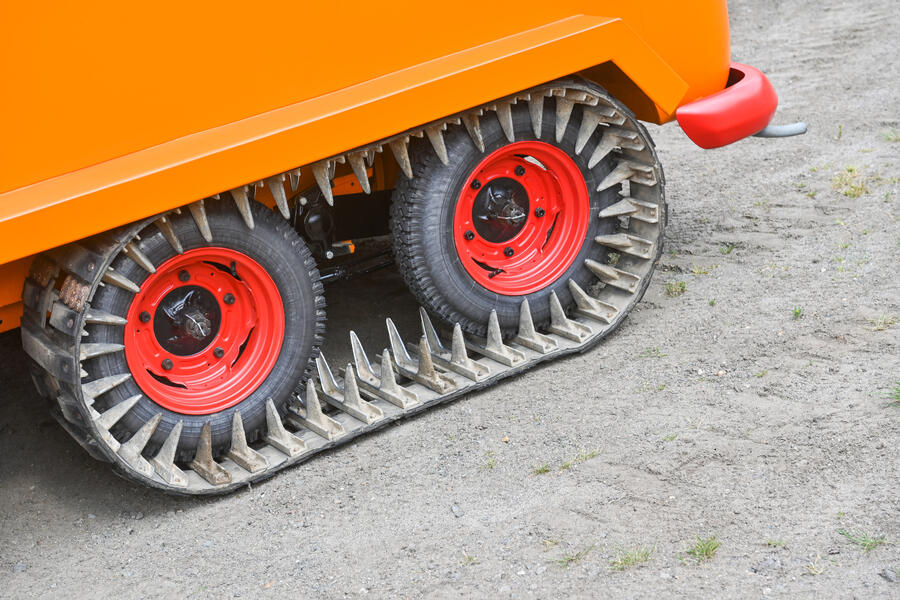 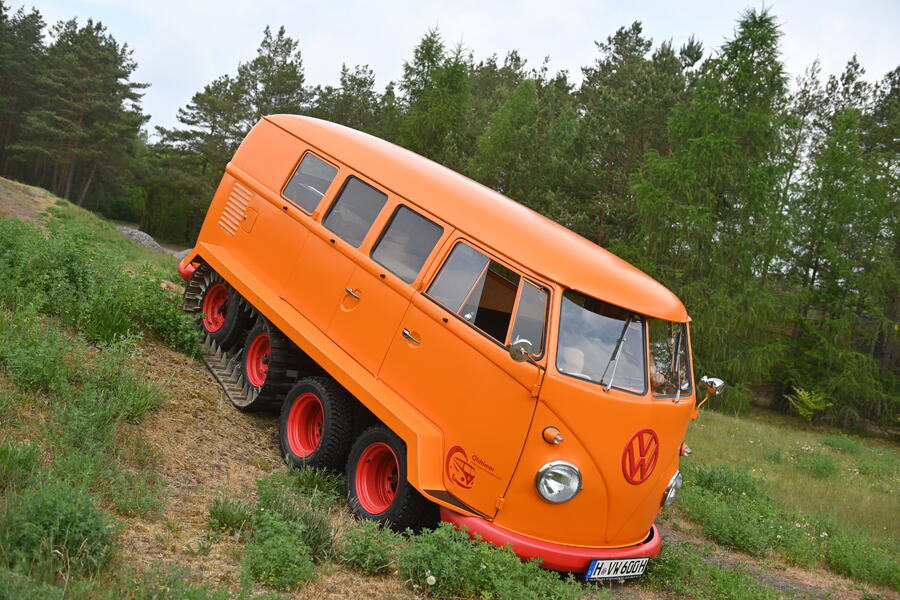