In Brazil, the transport of valuable special goods, such as pharmaceuticals, cigarettes, artwork, and electronics is a growing industry, and business is booming. To protect these valuable cargoes from theft, private security company Prosegur has brought in special armoured Scania trucks to carry out its transports.

Prosegur has operated in Brazil since 1981 and provides cash transport services, integrated solutions for security and alarms for homes and small and medium-sized businesses.

According to Alessandro Abraham, Director-General of Prosegur in Brazil, there are a couple of key reasons for the increase in the demand for transport of special cargo. One is the significant and growing share of road transport in cargo transportation in Brazil, which grew by 59 percent in 2014. Another reason is the growing theft of cargo in the country, which amounts to BRL 1 billion per year (approximately EUR 250 million). In fact, in 2014 alone, there were 17,500 thefts of cargo, a 42 percent increase since 2010.

“In this context, there is a growing need for a solution that exceeds the expectations of the conventional service, providing security that prevents criminal actions,” says Abraham. 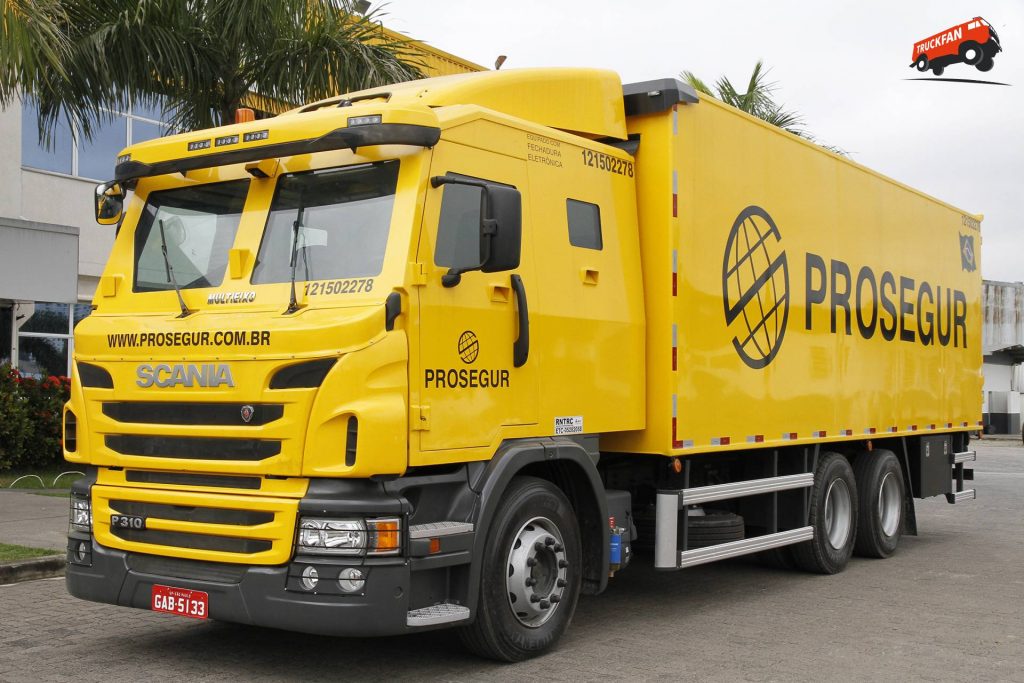 High capacity front axle
To strengthen its fleet, Prosegur has put four Scania P 310 trucks into operation. One of the reasons for investing in Scania trucks is the front axle load capacity – which at 7,100 kilogrammes is higher than that of most competitors – to cope with the armour’s extra weight. Scania’s air suspension was another important factor in the decision.

In just over four years, Prosegur has performed over 2,750 transport assignments across the country with zero accidents; that corresponds to BRL 2.5 billion in high-value cargoes transported in the period, with no accidents at all.

“This good result has meant that the transport segment will become even more important for the Prosegur’s operations in Brazil. We have already invested more than BRL 6 million in our fleet alone between 2011 and 2014. We expect to invest an additional BRL 11 million in our fleet by 2017,” says Alessandro Abraham.