As Ford starts sales of the all-new 2017 F-150 Raptor, the Ford Performance team completed one final grueling endurance test – running in the 49th SCORE Baja 1000 across the famed desert in the Baja California peninsula in Mexico. 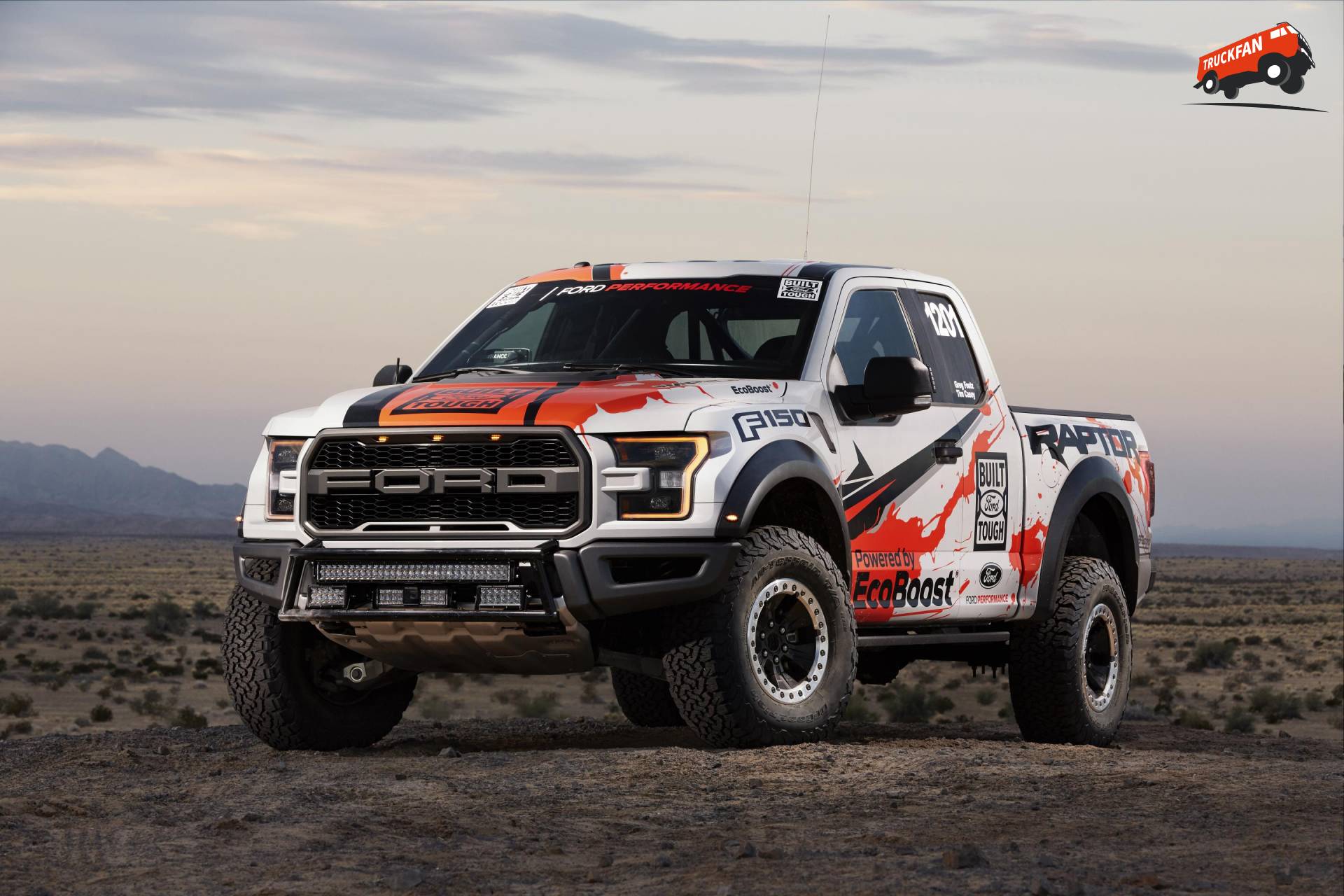 Led by Greg Foutz and the team from Foutz Motorsports, the 2017 F-150 Raptor finished the race in 35 hours, 59 minutes and 8 seconds to place third in the stock full class. Then, the crew decided to toss their tools and spare tires in the back of the race truck and drove it back to their home shop near Phoenix.

“That’s why the new Ford F-150. Raptor is bad-ass! It’s a race-proven off-road monster that can race off-road an entire weekend, then take you and your friends on a road trip the next day,” Foutz said. “That and the $49,520 starting price make it a clear winner on the showroom floor.”

Powered by an all-new high-output 3.5-liter EcoBoost® V6 engine that delivers 450 horsepower and 510 lb.-ft. of torque, plus an all-new Ford-built 10-speed transmission, the F-150 Raptor race truck showcases the level of performance this purpose-built off-road vehicle will deliver to customers once it goes on sale in December.

Given the 2017 F-150 Raptor’s extreme all-terrain capabilities, the race truck utilized its factory equipment across all 850 treacherous miles, including its stock engine, transmission, brakes, wheels with BFGoodrich All-Terrain KO2 tires – and even its factory air conditioning, satellite radio and windshield – often unheard of in race vehicles. The Foutz Motorsports team only added a chromalloy steel safety cage, puncture-resistant fuel cell, racing seats and full race harness to meet SCORE rules. The factory-spec Raptor springs and Fox Racing shocks were adjusted to accommodate the added weight from the safety cage and fuel cell.

Foutz said the team drivers quickly adapted to the performance of the Raptor engine and drivetrain, which was entirely stock. “We used the Raptor Terrain Management System to select Baja Mode and just tweaked two-wheel versus four-wheel drive depending on the terrain we were on,” Foutz said. “When we hit the road for home, we dropped it in the Sport Mode and took off for the highway.”

Ford Performance engineers used the Raptor race truck program as a platform to share technology and prove out their trucks in the real world. Jamal Hameedi, Ford Performance chief engineer says the testing helps to create exciting products that not only raise the performance bar, they deliver Built Ford Tough capability and durability.

“We’re completely thrilled at how well the all-new F-150 Raptor performed throughout the Baja 1,000 race as it’s one of the most brutal environments you can ever compete in, “Hameedi said, “Having race-proven, real-world performance experience and data to validate – further solidifies Ford’s truck leadership position and Raptor as the ultimate from-the-factory high-performance off-road truck.”