Powered transport: The Mercedes-Benz Museum presents the world’s oldest original truck in its permanent exhibition. It is the Daimler Motor-Lastwagen from 1898, built by Daimler-Motoren-Gesellschaft (DMG). Its payload is 1.25 tonnes – considerable for the time. The two-cylinder engine develops 4.1 kW (5.6 hp) at 720 rpm from a displacement of 1,527 cubic centimetres. I beg your pardon? So little engine power for this weight? 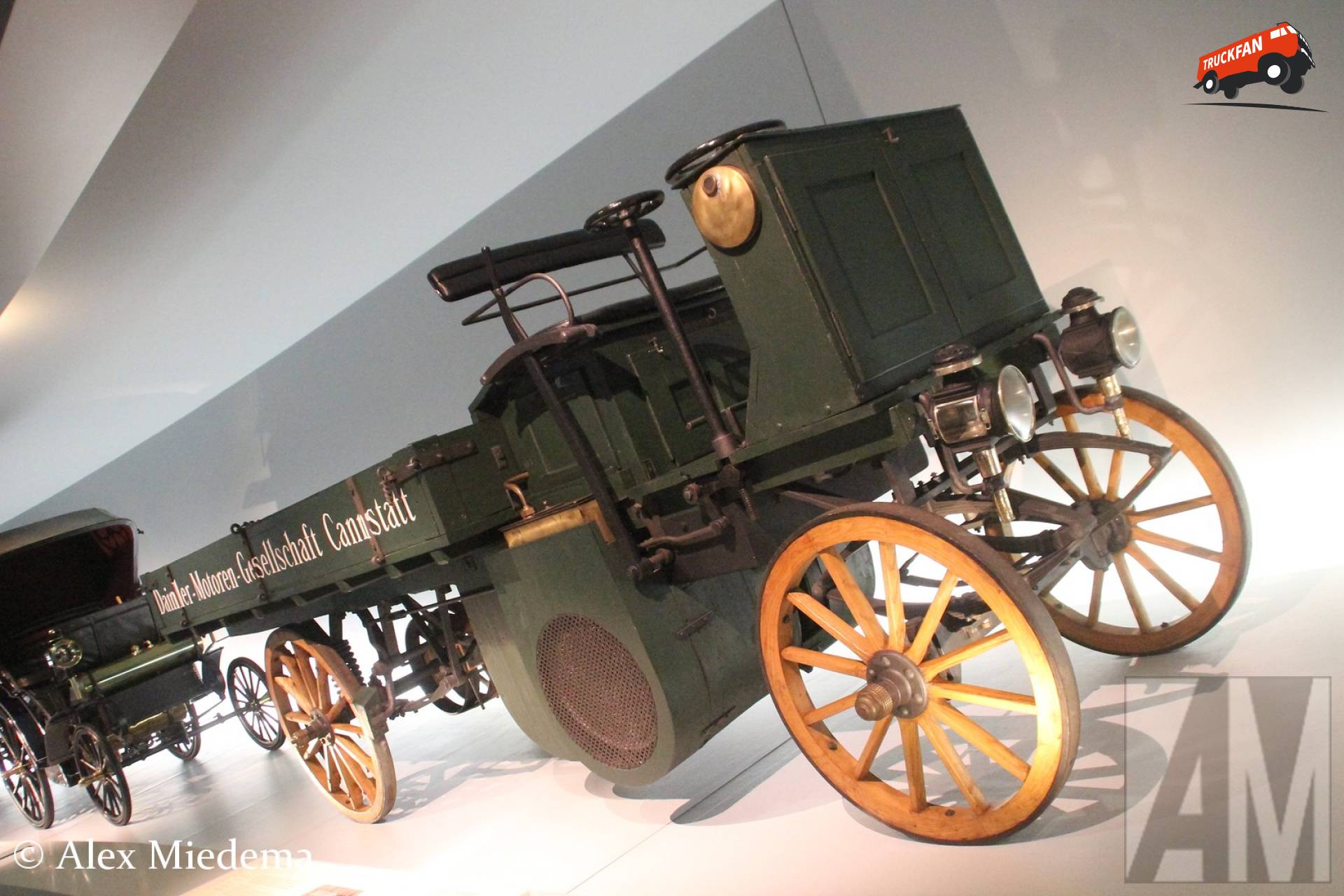 Busy helper: How does this early transport pro cope when fully laden? Quite simply: not quickly, but steadily. The maximum speed is only 12 km/h for the empty truck anyway. Breweries were among DMG’s first commercial vehicle customers: twelve beer barrels, each containing around 60 litres, can be carried to the inn by the truck, which dates from 1898. The fact that it only travels slowly through the streets with this load is something it has in common with the breweries’ horse-drawn carts. However, it takes a lot of effort on the part of the teams. The Mercedes-Benz Vito operates in its forebear’s weight class today, while the Sprinter covers it even more effortlessly. Both are much faster. 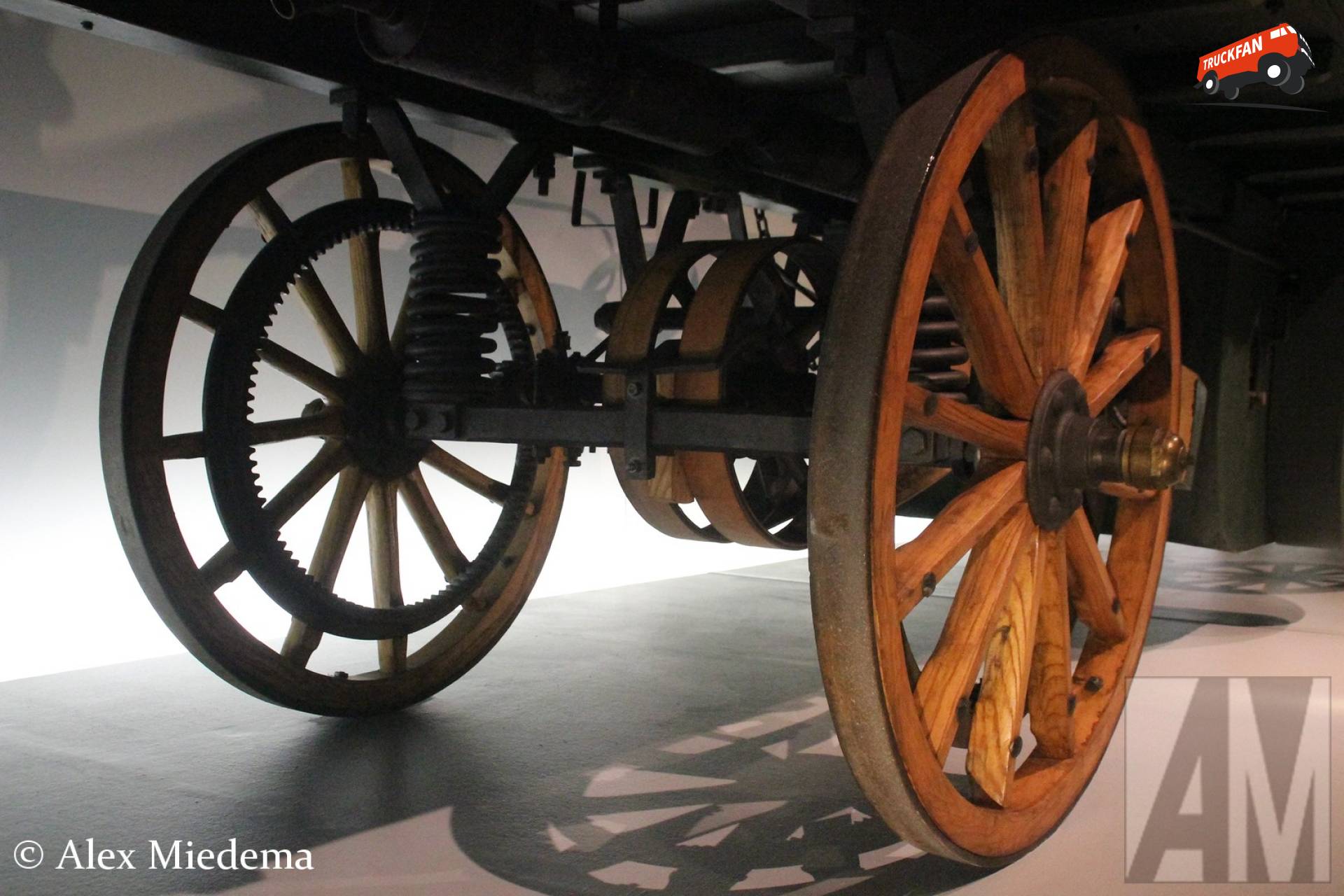 Transport in 1898: Just two years earlier, Daimler-Motoren-Gesellschaft had sold its first truck to England. The car itself is only twelve years old. Cars and trucks on the roads of the time? Extremely rare. Especially in cities, horse-drawn carriages are still used to transport people and goods. The movement of goods over long distances, on the other hand, tends to be handled by rail or ship. 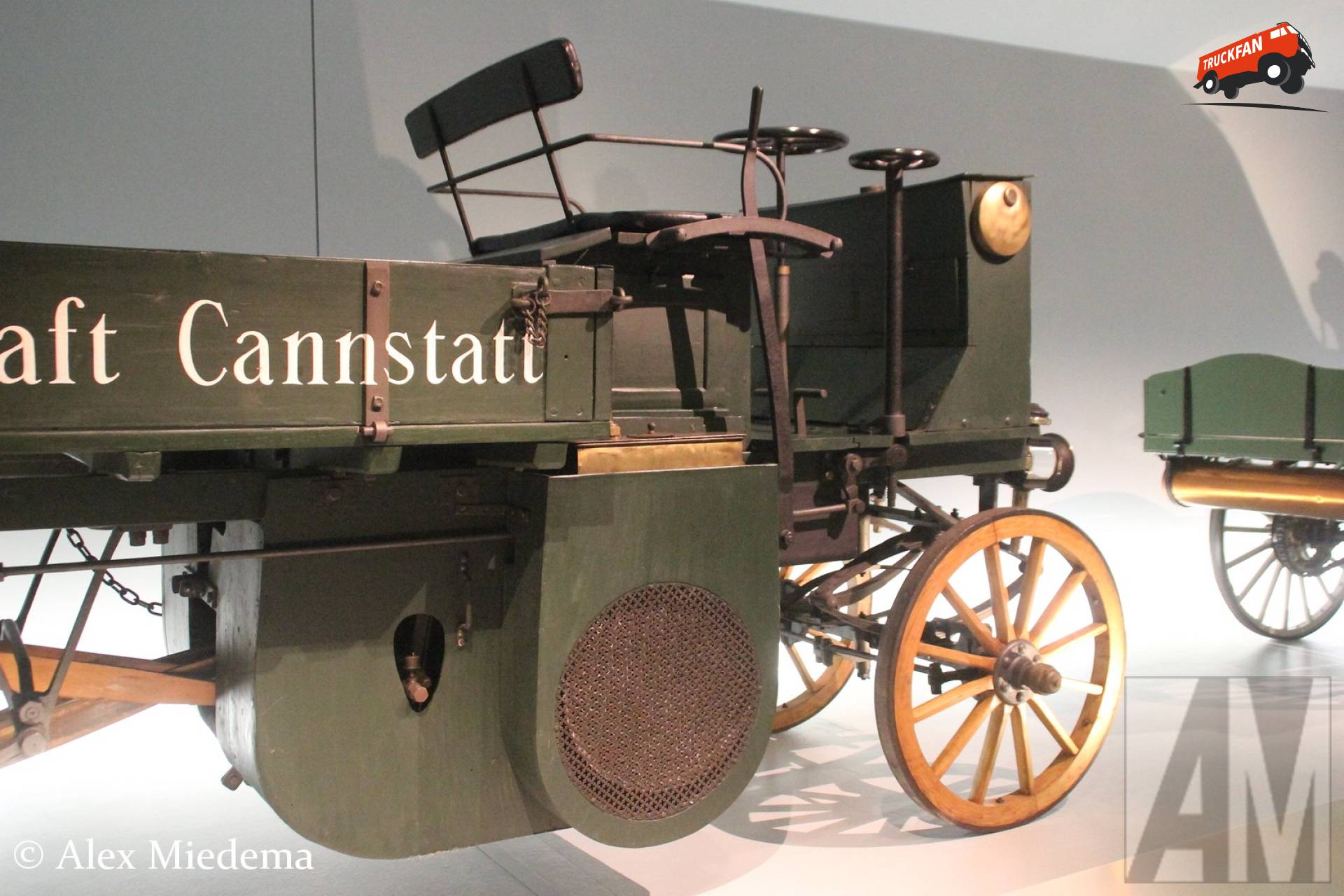 Economical logistics expert: This is exactly the situation when the Daimler motorised truck arrives on the scene. Its field of expertise is the flexible and reliable transport of heavy goods, initially mainly within cities or on shorter overland routes. The purchase pays off for the carter because the truck is cheaper to maintain than a stable full of four-legged horsepower. In addition, he can expand his delivery area, because even a fully loaded truck is still faster than an equivalent horse-drawn vehicle. Profitability and market development: these are still important purchasing criteria for commercial vehicles today. 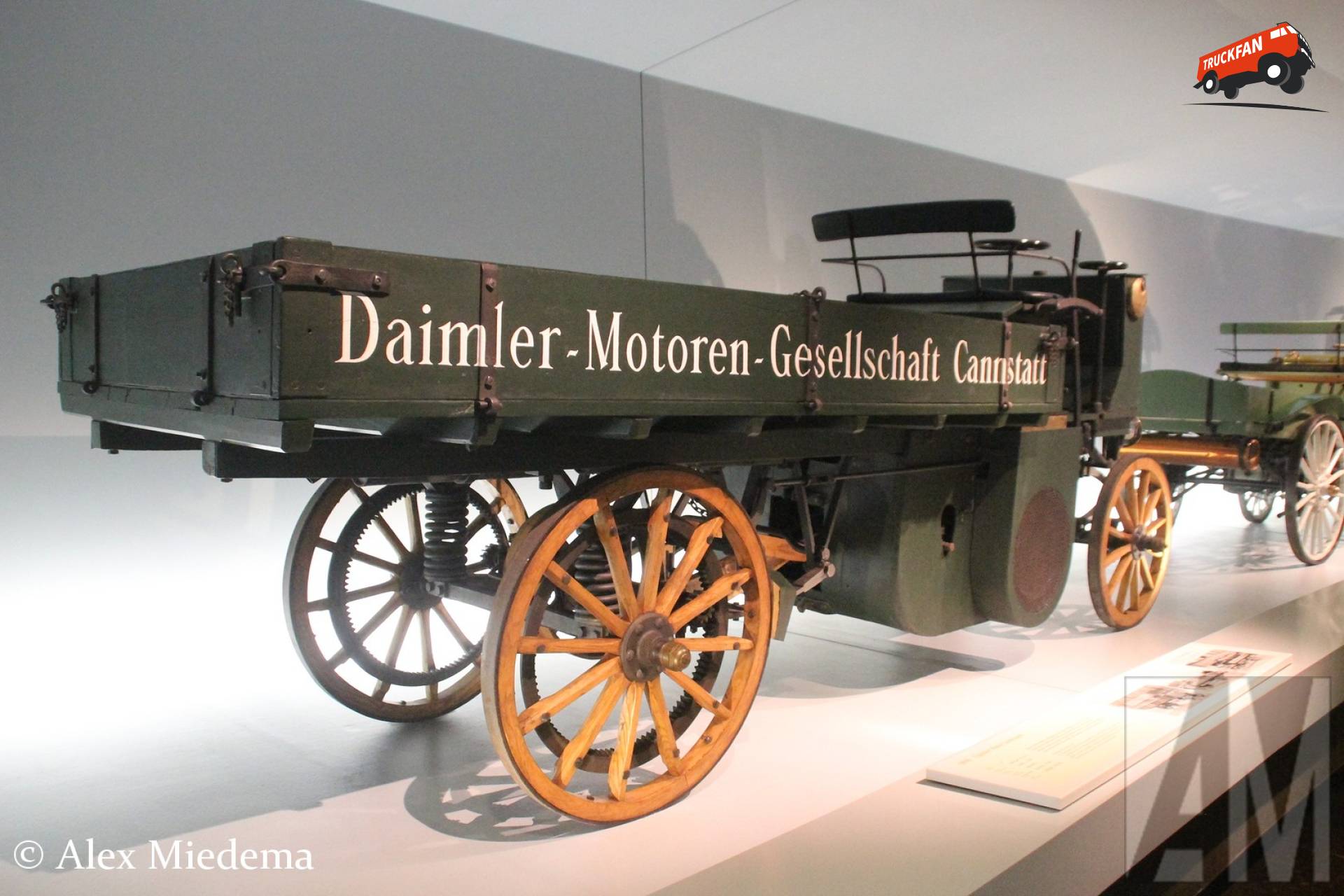 Sophisticated technology: A large loading platform on wooden wheels with an internal combustion engine – this is a simplified description of the Mercedes-Benz Museum exhibit of the vehicle from 1898. This truck is completely tailored to its tasks. Although it is only two years younger than the first truck, delivered in 1896, its technology has already been significantly developed and the basic characteristics of certain key details remain much the same to this day. For example, the engine is now located at the front underneath the driver’s seat, and the truck is steered via a steering gear instead of chains. The power transmission via pinion in the wheel anticipates the modern outer planetary axle. Highly sophisticated features for 1898, too, are the efficient engine cooling by means of a tubular radiator, and three brakes, which act on both rear wheels as well as on the belt pulley. Brakes only on the rear axle remain common for many years. 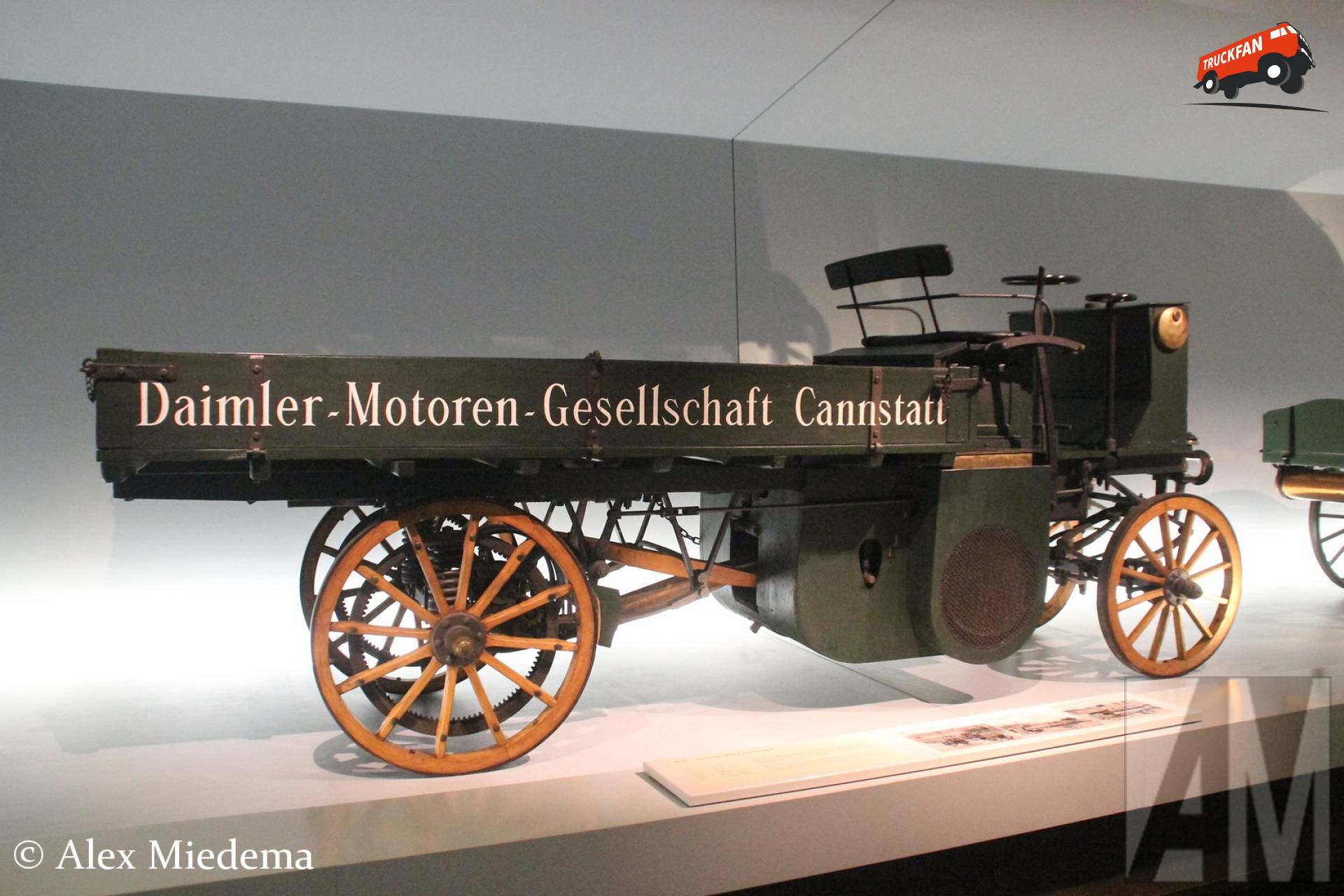 Work tool: Other details reflect its character as a commercial vehicle, for the focus is on transporting the load and not on the comfort of the driver. Without a cabin, he is exposed to the wind and weather. But he shares this fate with the carter on the horse-drawn vehicle and, like him, usually has a cape and horse blanket on his bench behind the horizontal iron steering wheel for protection. In any case, the driver already benefits from the Daimler truck’s sprung axles, with leaf springs at the front and coil springs at the rear – although these are designed, above all, to protect the load and engine from vibrations. 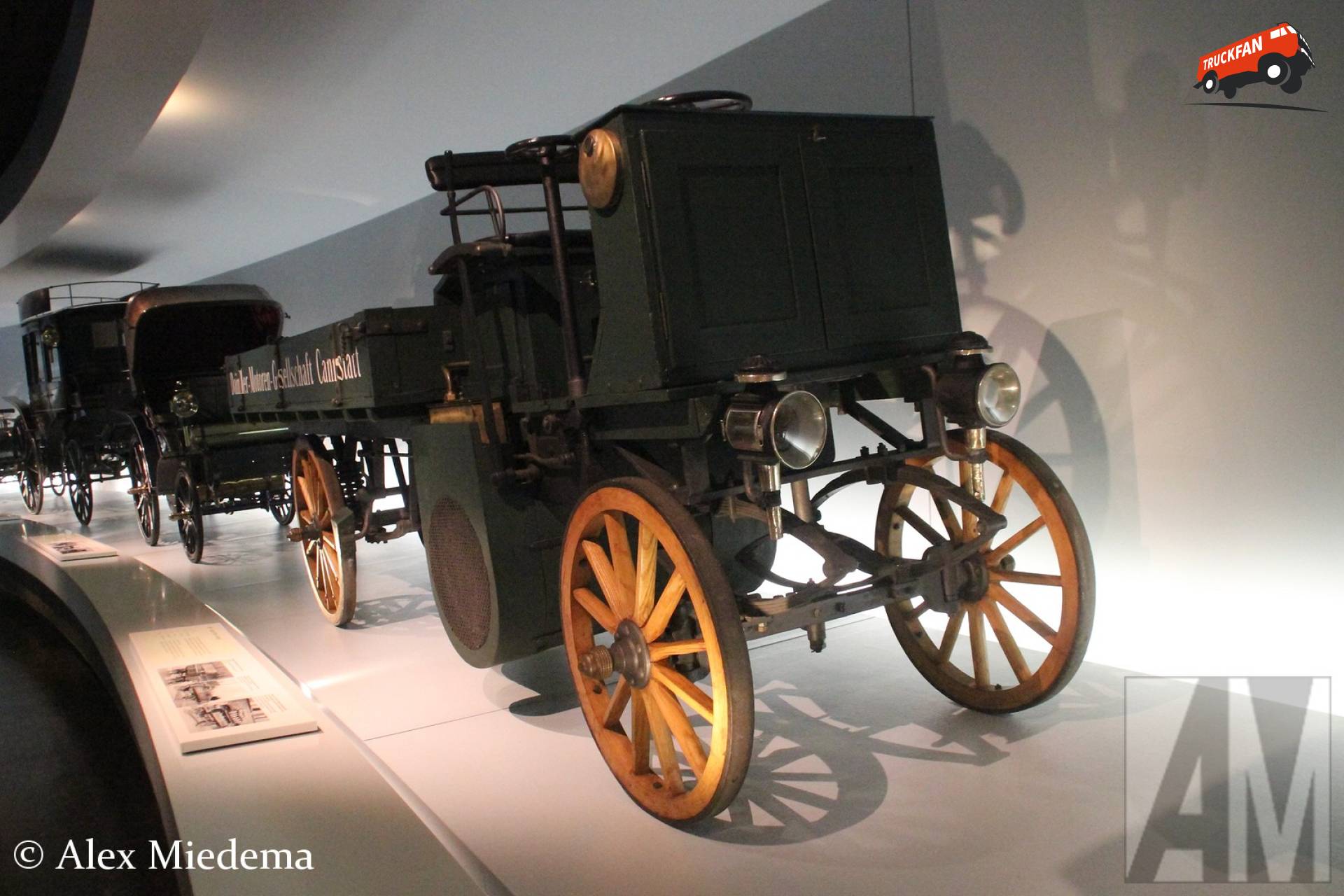 The innovator: The oldest existing truck in the world is a high-tech product of its time. Just like its counterparts today from Daimler Trucks. Gottlieb Daimler would be amazed at their technology – and would probably be very proud of the chain of development he initiated 125 years ago.