At the Paris Motor Show in October 1996, Mercedes-Benz presented an exciting, almost unimaginable concept of future motoring, the Mercedes-Benz F 200 Imagination. Today, many of the technologies presented in the concept car have long since become part of everyday life in production vehicles. This underlines the importance of researchers and developers constantly thinking ahead for tomorrow’s vehicles – continually redefining possibilities and boundaries. Almost incidentally, the F 200 Imagination showed what a large, modern coupé could look like – it heralded key design features of the Mercedes-Benz CL, which made its debut in 1999. The original concept car can be viewed – it is on show in the “Fascination of Technology” section of the Mercedes-Benz Museum. This section is accessible free of charge via the atrium. 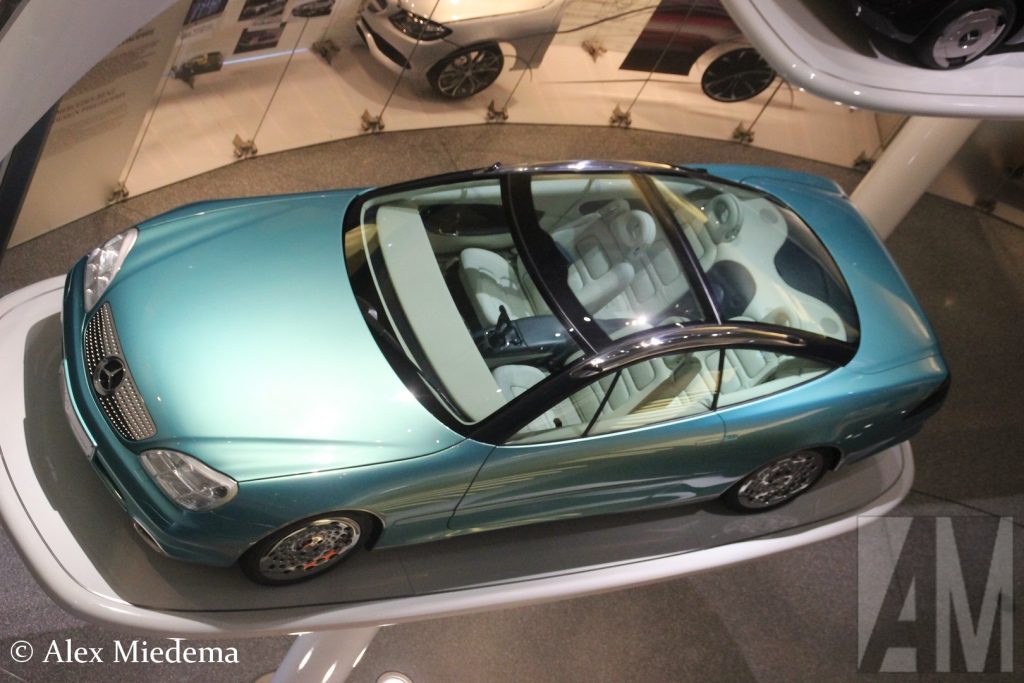 “Computers control the movements of a car”, “electronic systems replace mechanical linkages”, “optimum driving safety in every situation”: it was these and numerous other statements used in communicating the F 200 Imagination 25 years ago that caused quite a stir. Of course, the concept car itself caused a sensation. Its most evident feature was that it did not have a steering wheel. The driver controlled it with the help of sidesticks and could choose whether to use the right or left hand. One of the sidesticks was mounted in the door panel and the second one on the centre console. In addition, the front passenger could take over at any time, because a third sidestick was located in the trim of the right door.

The precondition for all this was “drive by wire”: the major assemblies, such as the steering, were not operated by mechanical linkages, but by means of electronics, electrics and mechanical actuators. “The driver’s commands are recognised by the electronics as a desire for a particular driving state – accelerating, braking, steering, reversing – and the electronic systems then decide with lightning speed the best and safest way to comply with the driver’s commands,” was how the October 1996 press information put it. “The action depends on the situation, because the computer uses information from various sensors that provide details of vehicle speed, wheel and engine speeds, road conditions and body movement, among other things.” The F 200 Imagination was tested in the company’s own driving simulator. Mercedes-Benz is also a pioneer in this field: the company’s first driving simulator was put into operation as early as 1985. The brand presented an enhanced sidestick control system in 1998 in a test vehicle based on an SL from the 129 model series. 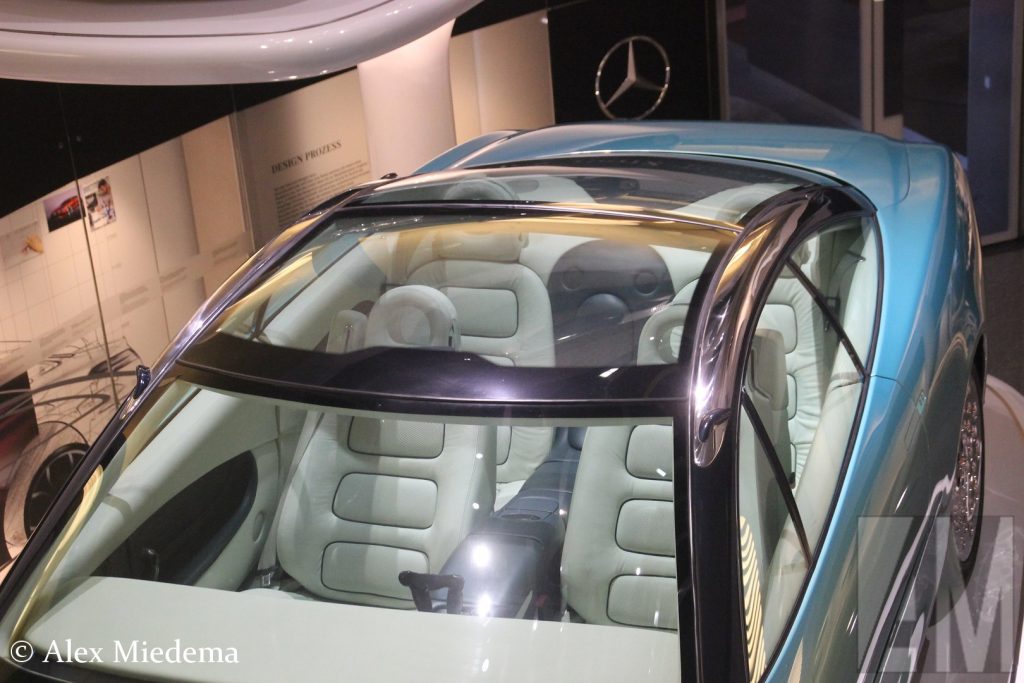 Numerous systems from the F 200 Imagination are now part of everyday motoring life
The display system in the F 200 Imagination may not officially have been called the widescreen cockpit in 1996, but the similarity to today’s Mercedes-Benz interior fittings and to MBUX is striking: colour monitors were mounted across the entire width of the cockpit. They displayed the vehicle instruments and all the notifications as well as the on-board computer. The displays also showed the signals from the video cameras that were fitted in place of inside rear-view mirrors – “rear-view systems” is what the press information called them. The telephone, navigation system, radio, CD and DVD players were displayed on the monitors. Sound was transmitted to wireless headphones for the front passenger if desired. The level of computerisation in this concept car was significant: even connection to the Internet including telebanking (as it was called at the time) and digital hotel reservations were tested: with the F 200 Imagination, the future came one step closer in 1996. 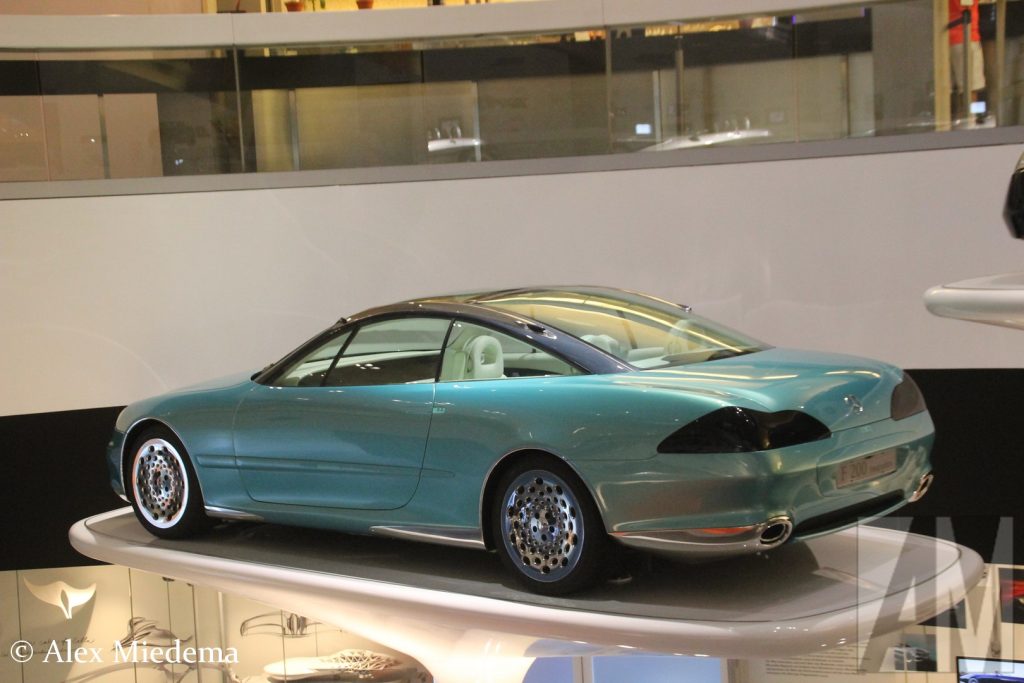 “Drive by wire” has already made it into production vehicles. This is the only way systems such as the Mercedes-Benz DRIVE PILOT can function: in certain situations, the driver is allowed to relax and the car continues to drive in a highly automated manner. In that sense, the F 200 Imagination pioneered autonomous driving 25 years ago. One precondition for this has been fitted as standard for many years, and that is electric steering: the steering wheel is the pulse generator for the controls and actuators. The system is also more fuel efficient and contributes in this way to the overall efficiency of a car. 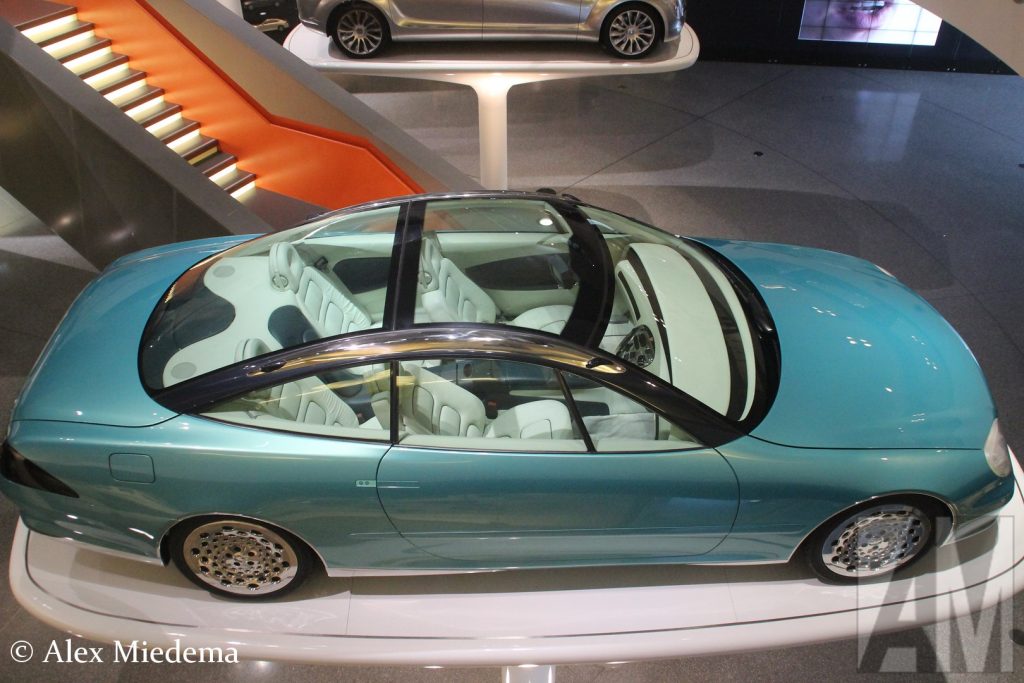 The F 200 Imagination offered numerous other innovations that are now well established in everyday motoring. For example, there was a headlamp system with variable light distribution, window bags, Active Body Control suspension, voice recognition for mobile phones, an electro-transparent panoramic roof and an electrically operated parking brake. All the technologies mentioned here are available in Mercedes-Benz production vehicles, most of them have been for many years now. Sometimes they are implemented in a slightly different way, but that is in the nature of things: technical development never stands still. This is what made the Mercedes-Benz F 200 Imagination a powerful statement. 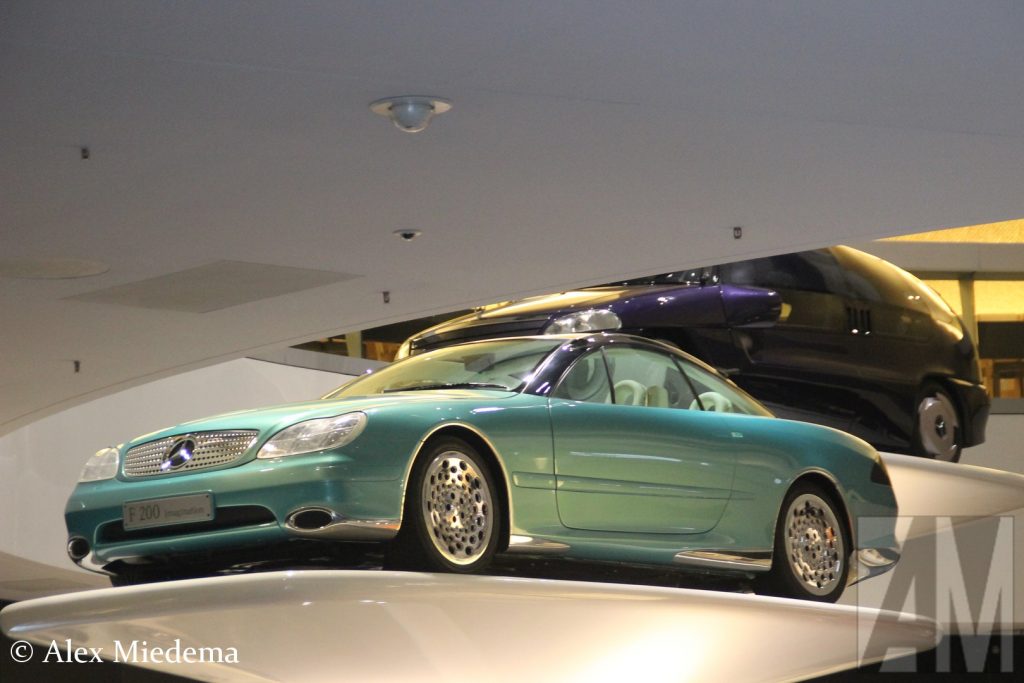