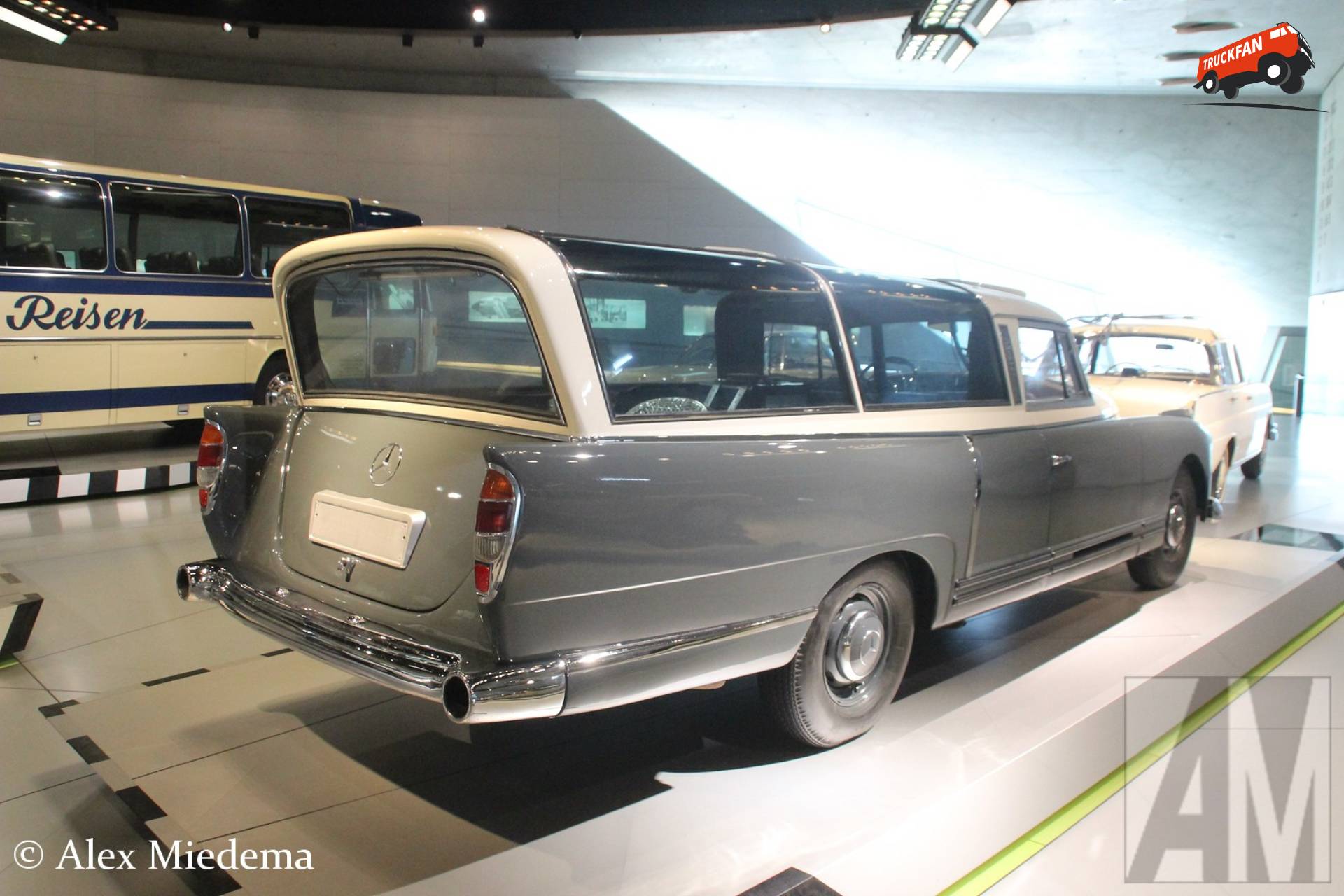 Unique: This Mercedes-Benz 300 in Legend Room 5 of the Mercedes-Benz Museum is doubly striking. Firstly because of the long cable connecting it to a Mercedes-Benz 220 S (W 111) – and then because only one half of the car looks like a normal “Adenauer” (as this representative vehicle is called due to the first German Chancellor Konrad Adenauer’s preference for the model). The difference begins behind the B-pillar: from that point back stretches an elegant, elongated rear end generously glazed with panoramic windows, reminiscent of an estate car. Beautifully shaped tail lights, along with exhaust tips integrated into the bumper, catch the eye. Then the surprise inside, where we find numerous measuring instruments as well as two individual seats with narrow, wickerwork backrests – rather like garden chairs. 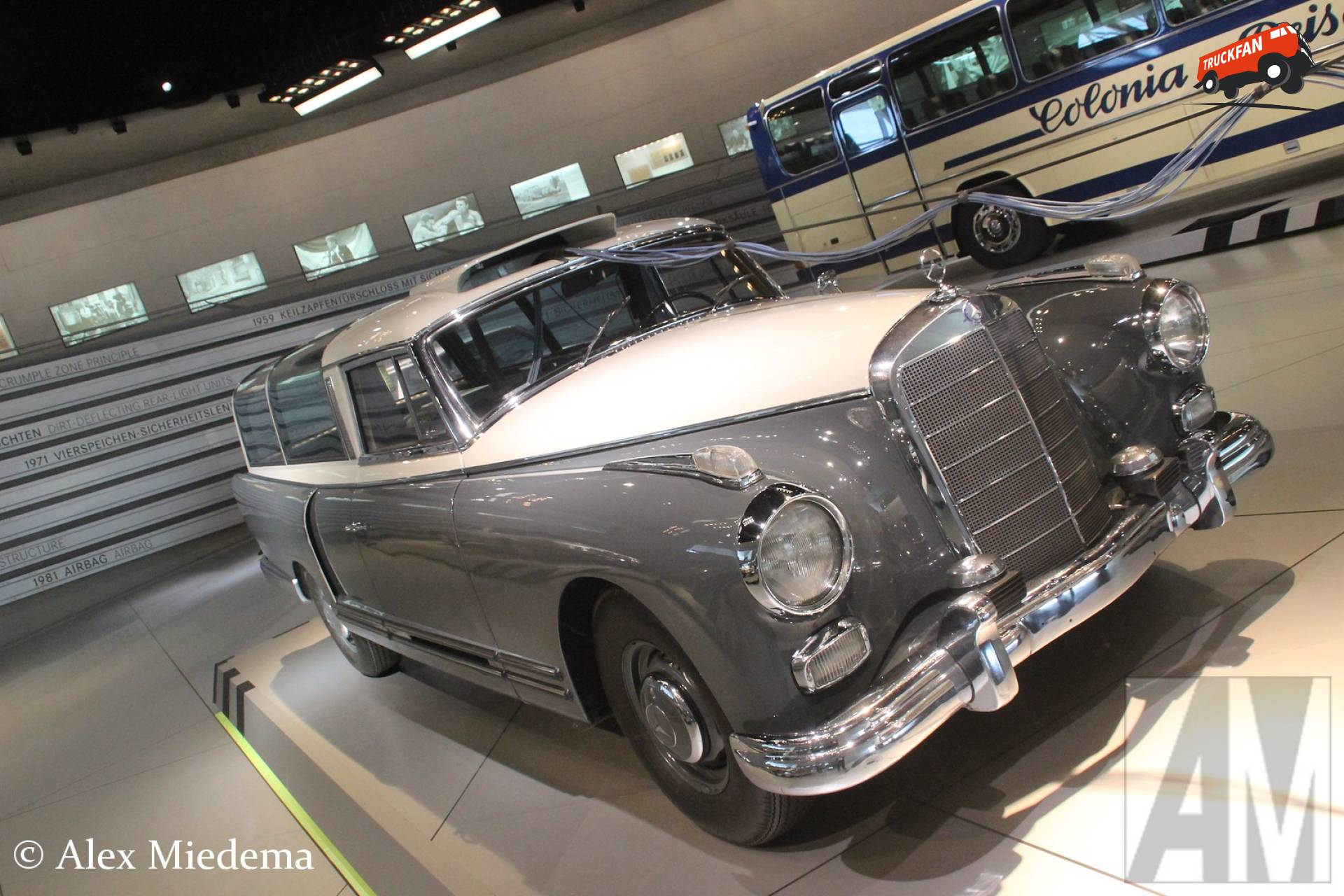 Tailor-made: The very individually constructed and equipped vehicle is resolutely configured for its intended use. This is because this one-off model was built by Mercedes-Benz in 1960 as a measuring car for the development engineers in the testing department. The elegant Mercedes-Benz saloon in the W 189 series was chosen as its basis because of the need for a fast and large vehicle. After all, the measuring car not only had to follow other vehicles effortlessly, it also had to be able to transport the voluminous measuring equipment. 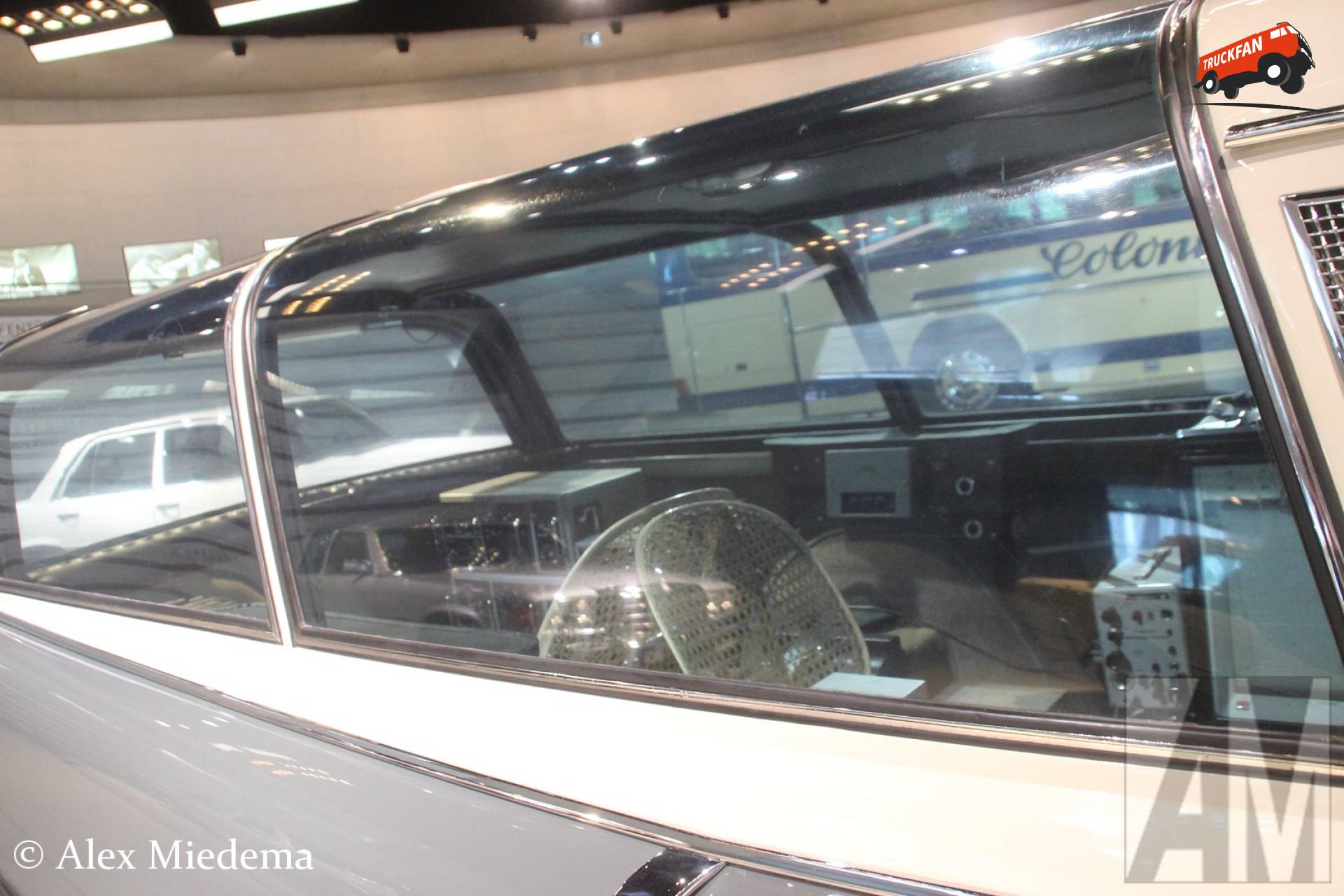 Mobile laboratory: For many years, the converted Mercedes-Benz 300 was used successfully as a rolling measurement laboratory. For this purpose, it was connected to another vehicle via a cable up to 30 metres long – a kind of early “local area network” (LAN). The line transmitted sensor data to sensitive measuring devices in the rear. 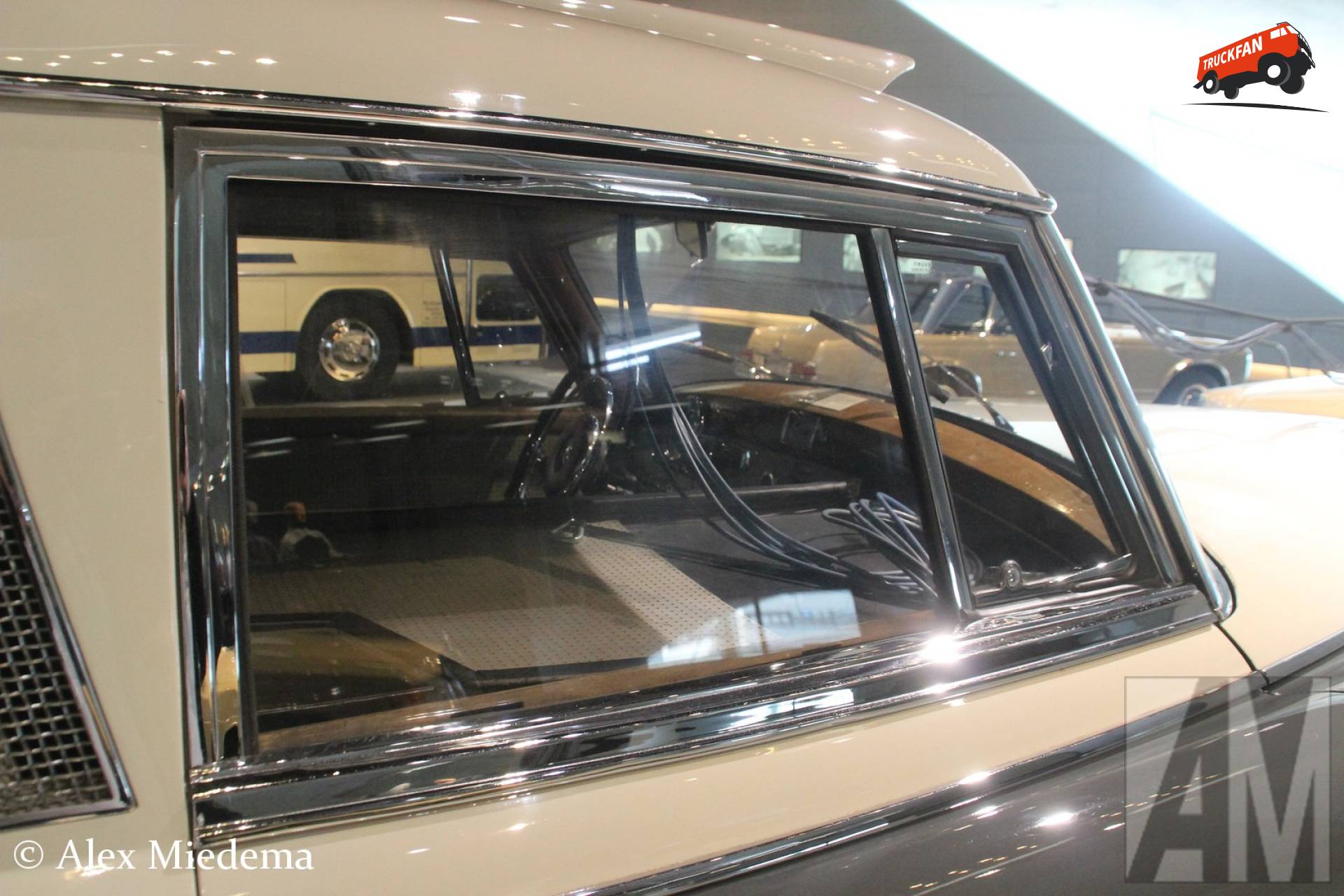 Continuous improvement: Using innovation to make ever better use of what is technically possible – this ideal has driven vehicle development at Mercedes-Benz since the invention of the automobile in 1886. From the middle of the 20th century onwards, sensor data became increasingly important. It provided engineers with valuable information about whether an invention worked as desired, or how it could still be improved. But there was a problem: the measuring instruments in the 1950s were large, heavy, and sensitive. In the development vehicle itself, they would influence the driving characteristics – and also be shaken around a lot, e.g. on the “boneshaker” track. No, that just wouldn’t do. 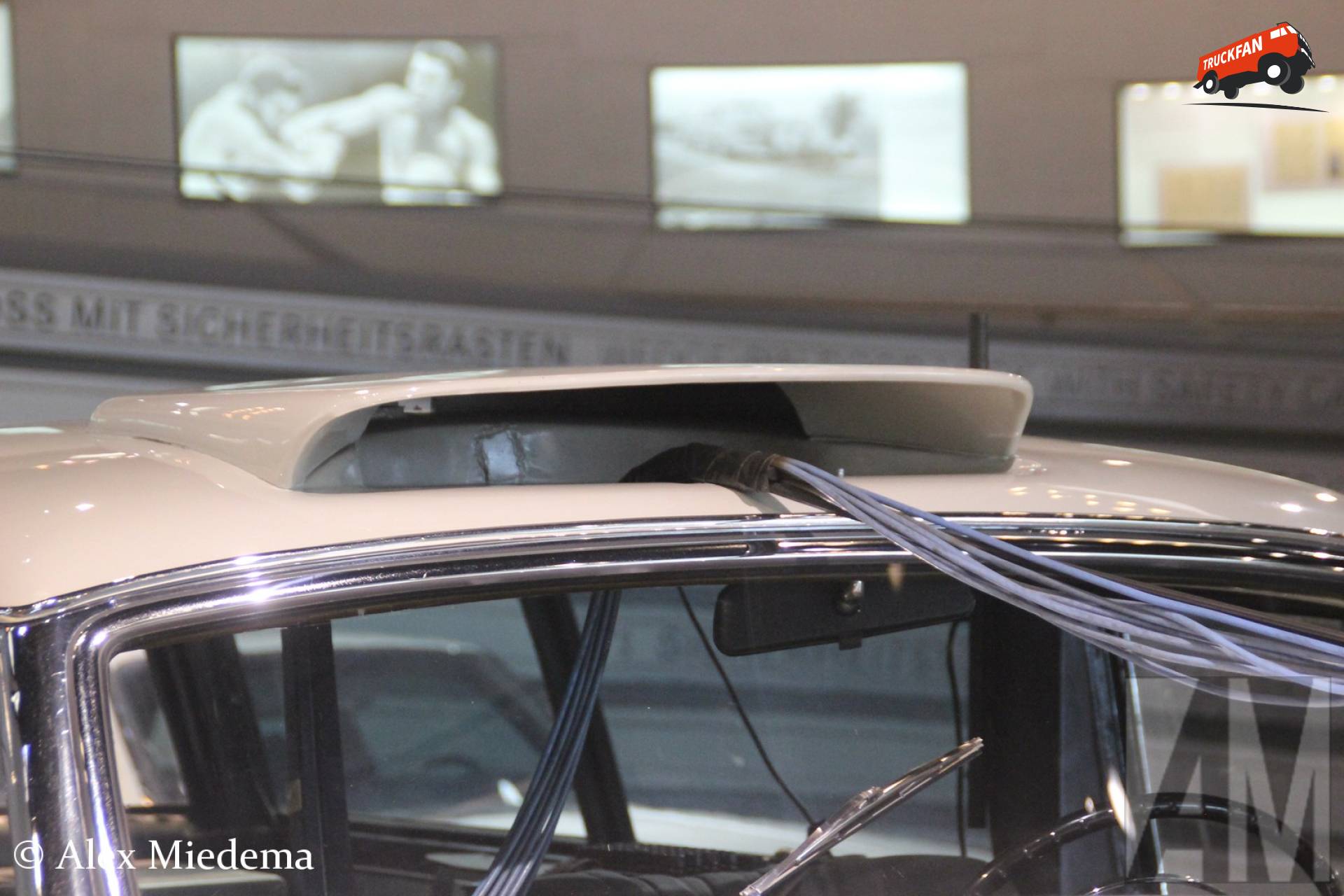 Key role: The solution was ingeniously simple. Mercedes-Benz split the sensor technology and the acquisition of measurement data between two vehicles – and so the measuring car was born. While the development engineers guided the prototype through the desired dynamic handling tests, the more quietly rolling laboratory followed at a distance and received the measurement data, e.g. from the shock absorbers, via the cable. Telemetry is the name of this sort of data transmission, subsequently accomplished via radio signals. In most cases, the sensor data was recorded in the measuring car on magnetic tape and evaluated later in peace and quiet. 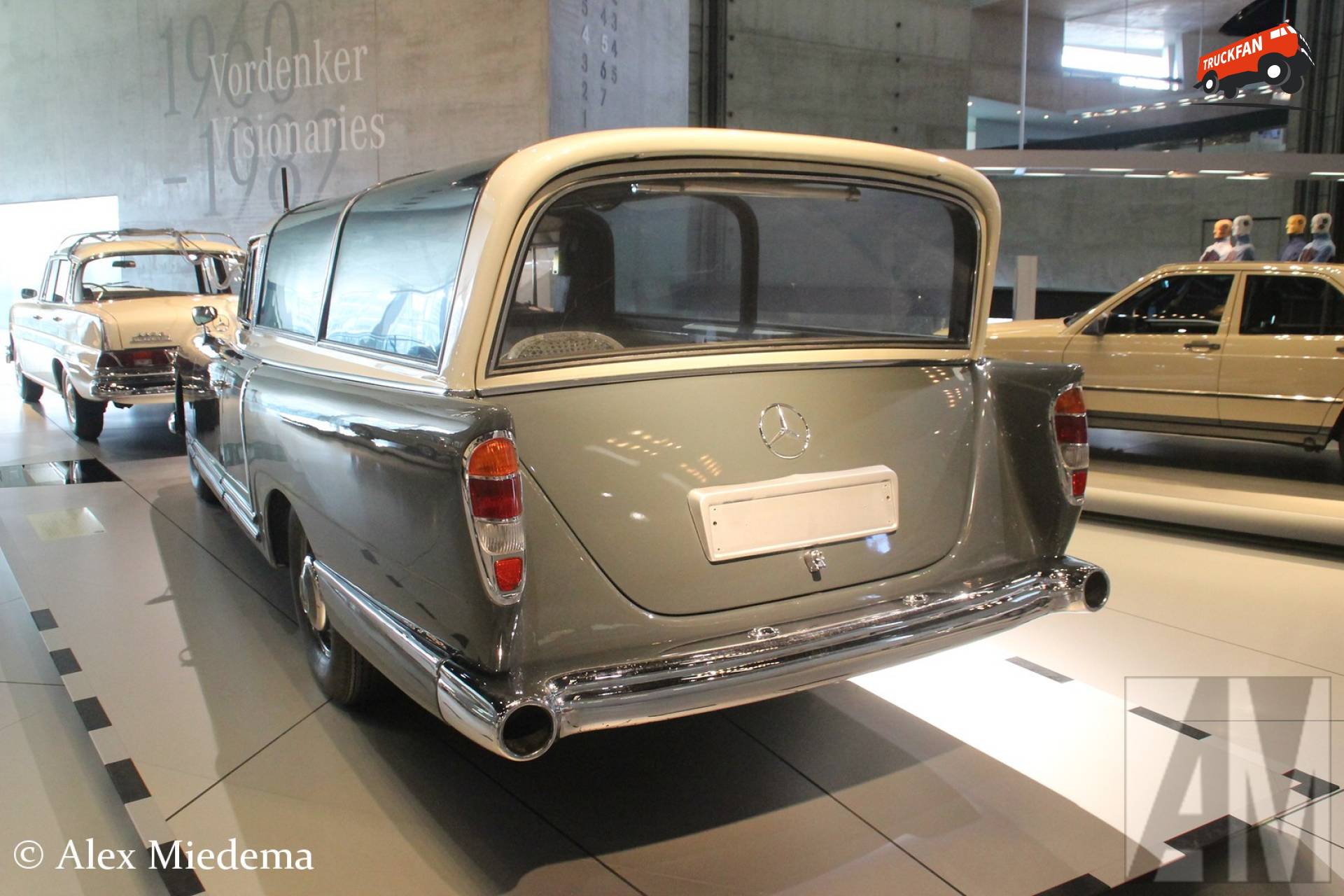 Rolling workplace: A look inside the measuring car shows that the engineers did not enjoy top comfort. Headroom is limited, and the two seats have simple garden chair backs in woven rattan. Plus the glazing probably not only let a lot of light into the interior on sunny days, but also created something of a greenhouse climate. At least the body has ventilation openings on the sides. 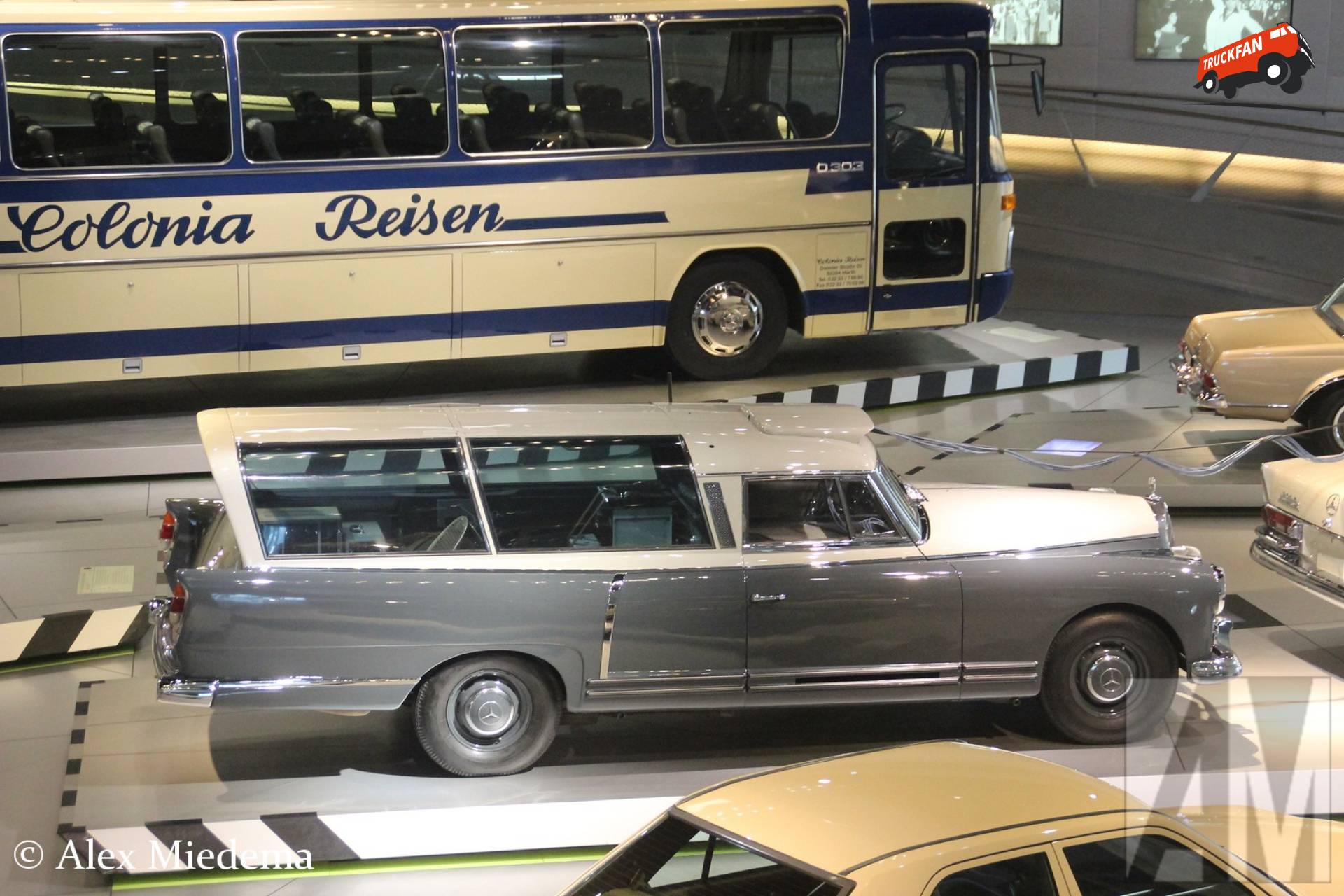 Special equipment: The prototype can transmit fourteen measured values simultaneously to the mobile laboratory – not a bad value at the time. Every bit of space in the rear of the 300 is utilised for the sensitive devices, always specifically selected for the respective measuring programme. To supply these with electricity, there is also a generator on board. And, of course, there is also a radio link between the two vehicles. 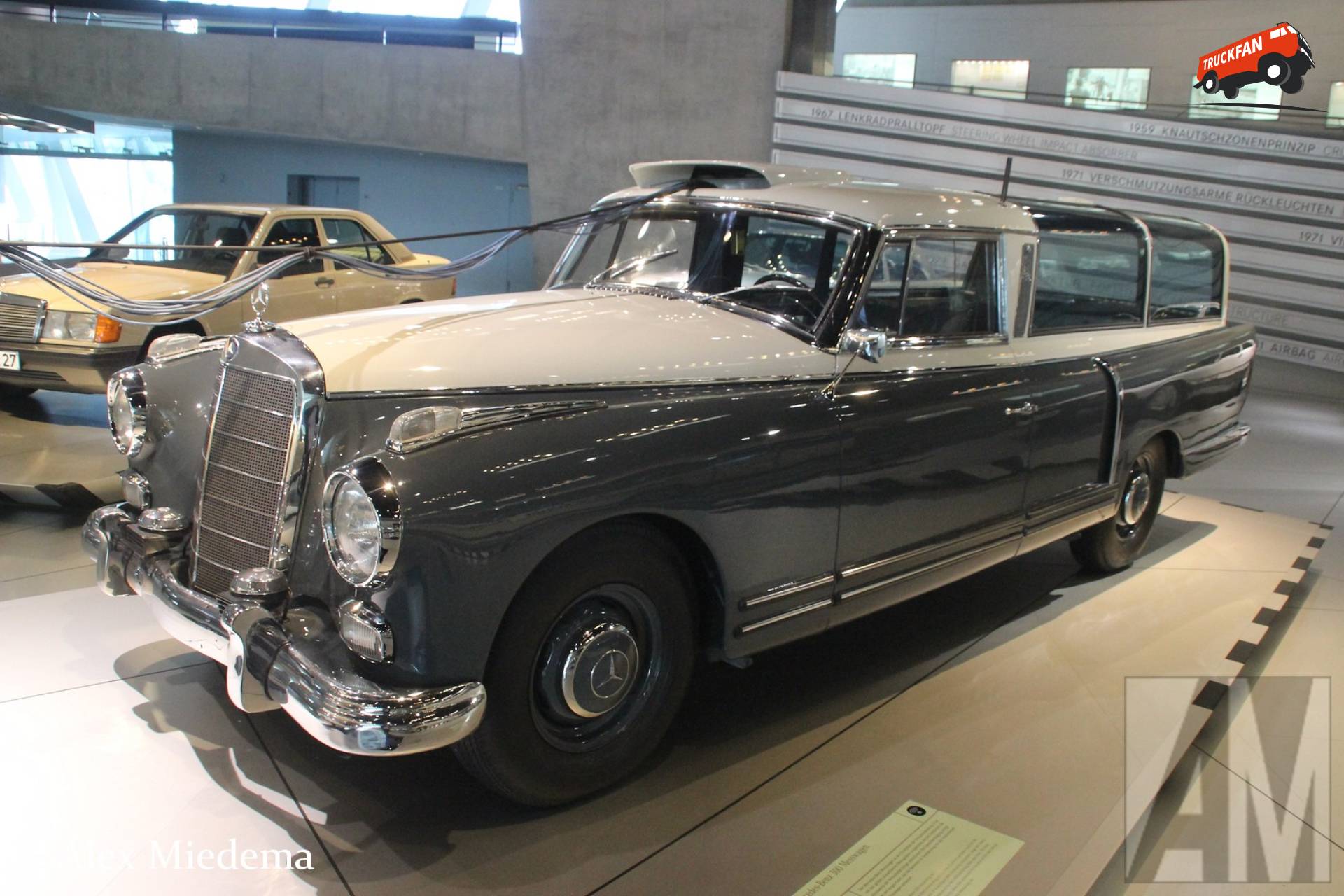 Fast: This special Mercedes-Benz 300 is powered by the injection engine from the later version of the W 189 (1957 to 1962), which develops 118 kW (160 hp). A contemporary description states 120 km/h as the maximum speed. A normal “Adenauer” with automatic transmission could reach 165 km/h. The measuring car was used until the 1970s, mainly on the test track in Untertürkheim. But it also has road approval, and thus a registration number: S-MH 867. 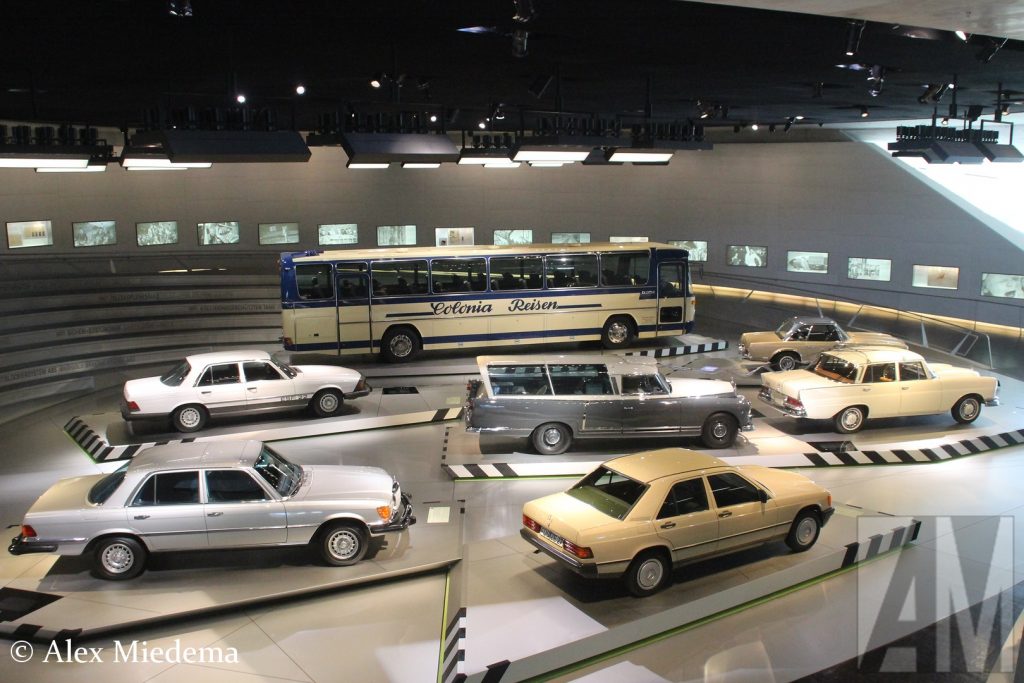 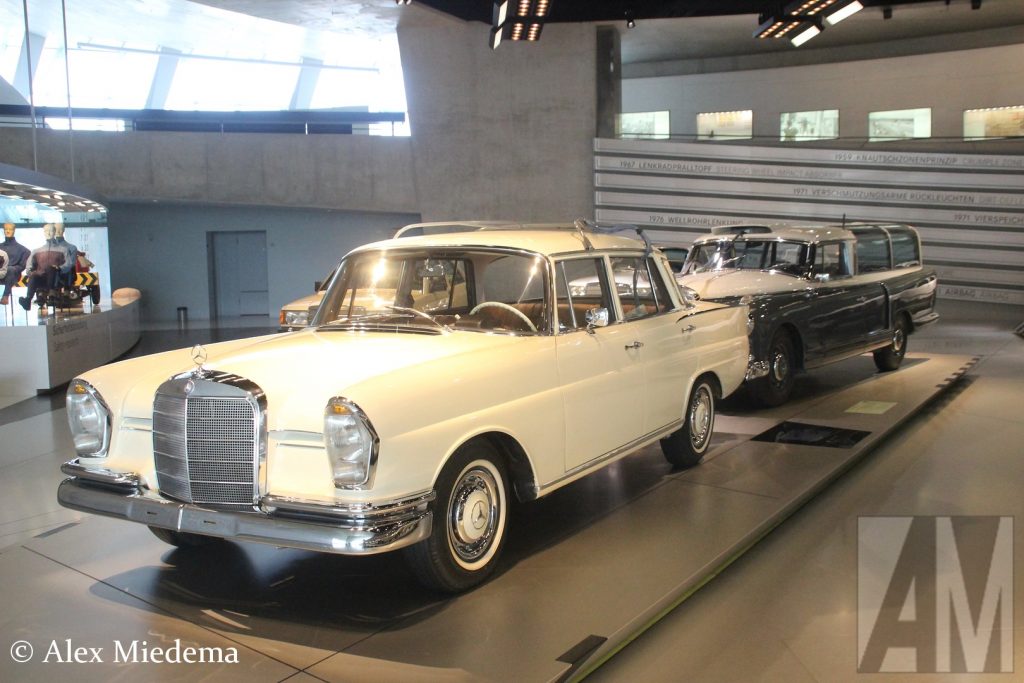