A 100-year-old Ford Model T is on a challenge to drive around the world. 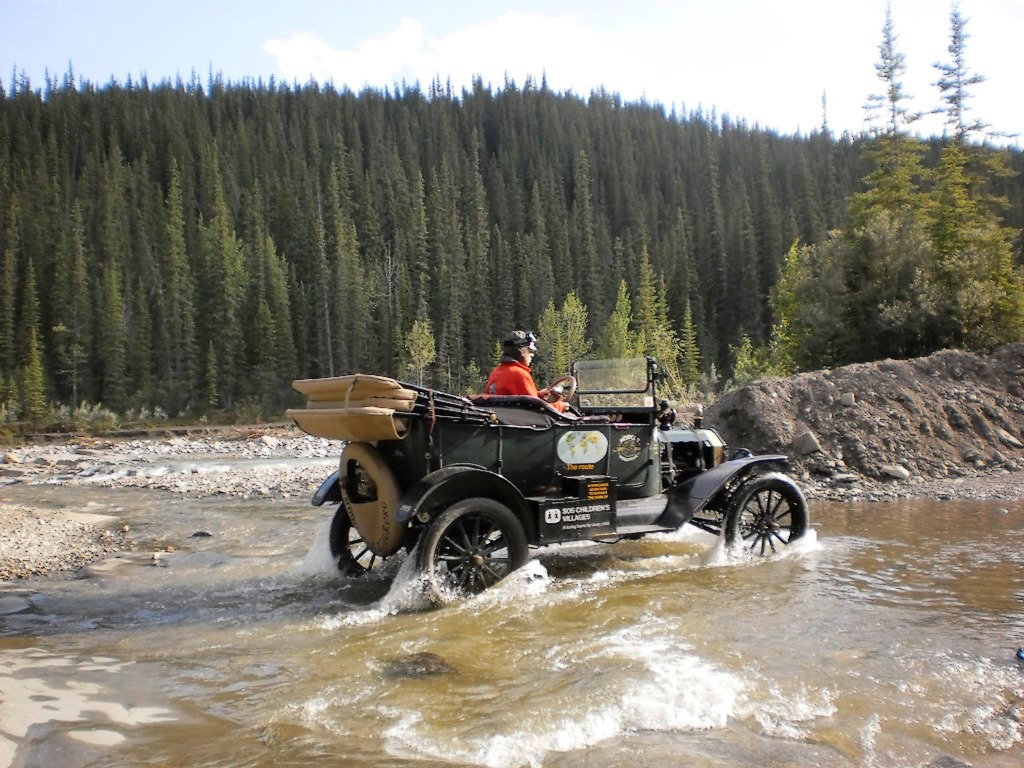 Dirk and Trudy Regter from the Netherlands have owned their 1915 Ford Model T since 1997, and began their journey in the summer of 2012. The couple, both retired, have so far covered almost 50,000 miles, visiting and supporting various projects run by the international children’s aid organisation: SOS – Children’s Villages.

The Ford Model T covered 14,000 miles in 180 days during the first leg of the drive in 2012, which took them from their home town of Edam, to Cape Town in South Africa. 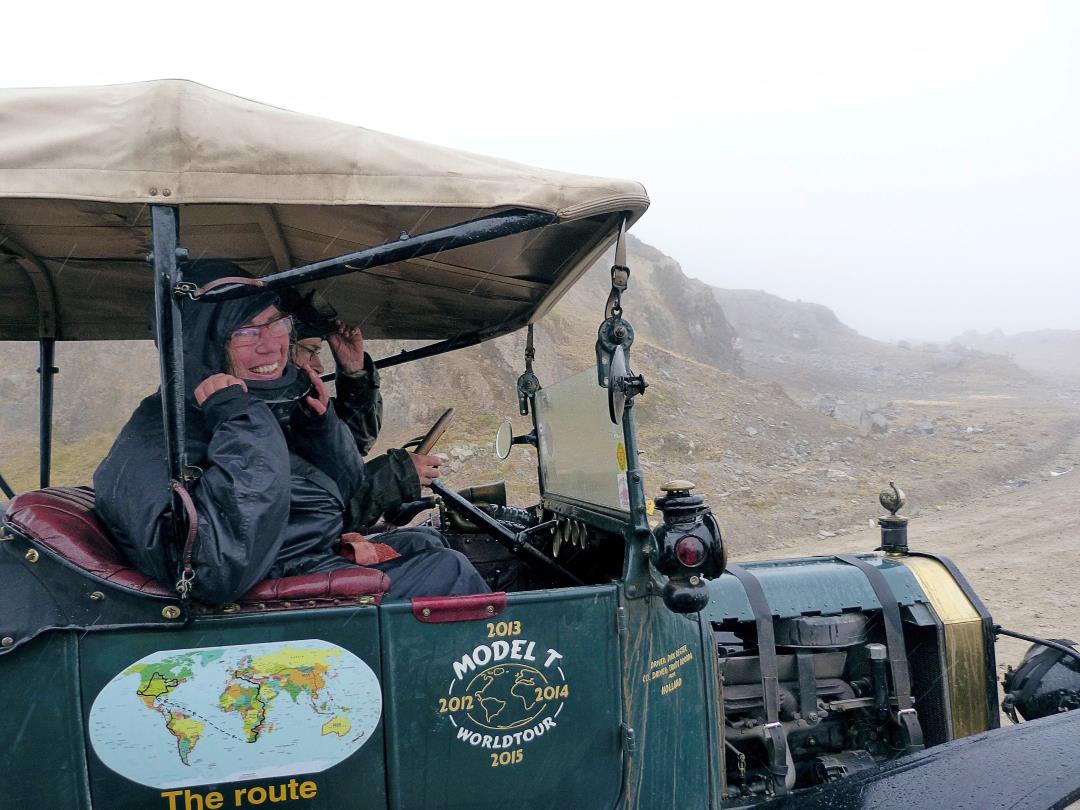 Sadly, the Model T was involved in an accident when it returned to Europe. However, the couple plan to continue their journey through New Zealand, Australia, Indonesia, and India, crossing the Himalayas to China, through Mongolia and back to the Netherlands via Central Europe during 2016 and 2017. 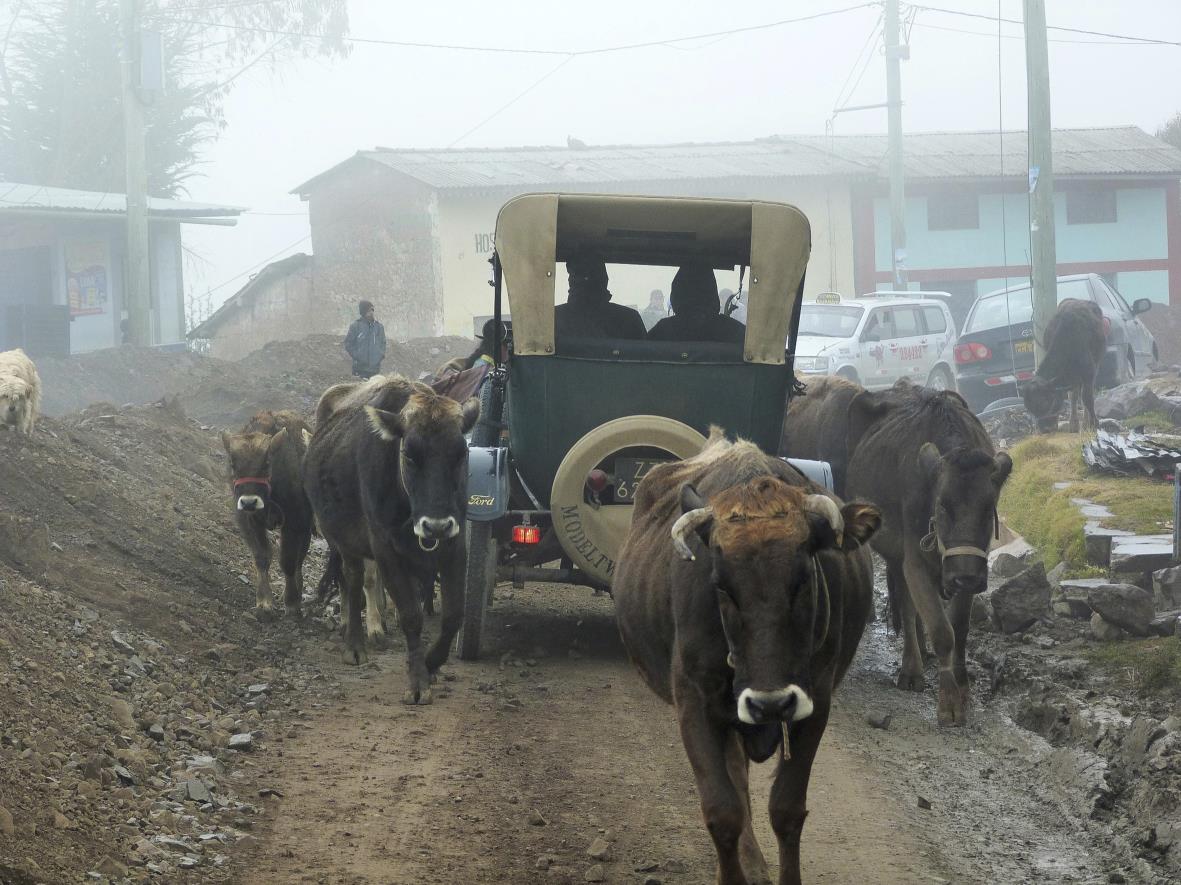 Dirk previously owned a 1923 Ford Model T and a 1928 Ford Model A, inheriting his passion for vintage Fords from his father and grandfather.

Ford built 15.000.000 Model Ts between 1908 and 1927. Production started in the US but quickly expanded worldwide, including assembly plants in Denmark, Germany, Ireland, Spain and at Trafford Park in the UK. The Ford Model T helped put the world on wheels, and owed its mass appeal to its affordability, reliability and ease of maintenance with standard, interchangeable parts.

The Regters’ Ford Model T is powered by a 3.0-litre petrol engine and is unaltered from its standard 1915 factory specification. The single exception is larger tyres for the wooden-spoked wheels, making the ride softer for long journeys.

“On the border of South Africa and Botswana we met a farmer who had an old Ford Model T in the shed”, Dirk said. “He gave us a tyre off it as a gift to help us on our way. 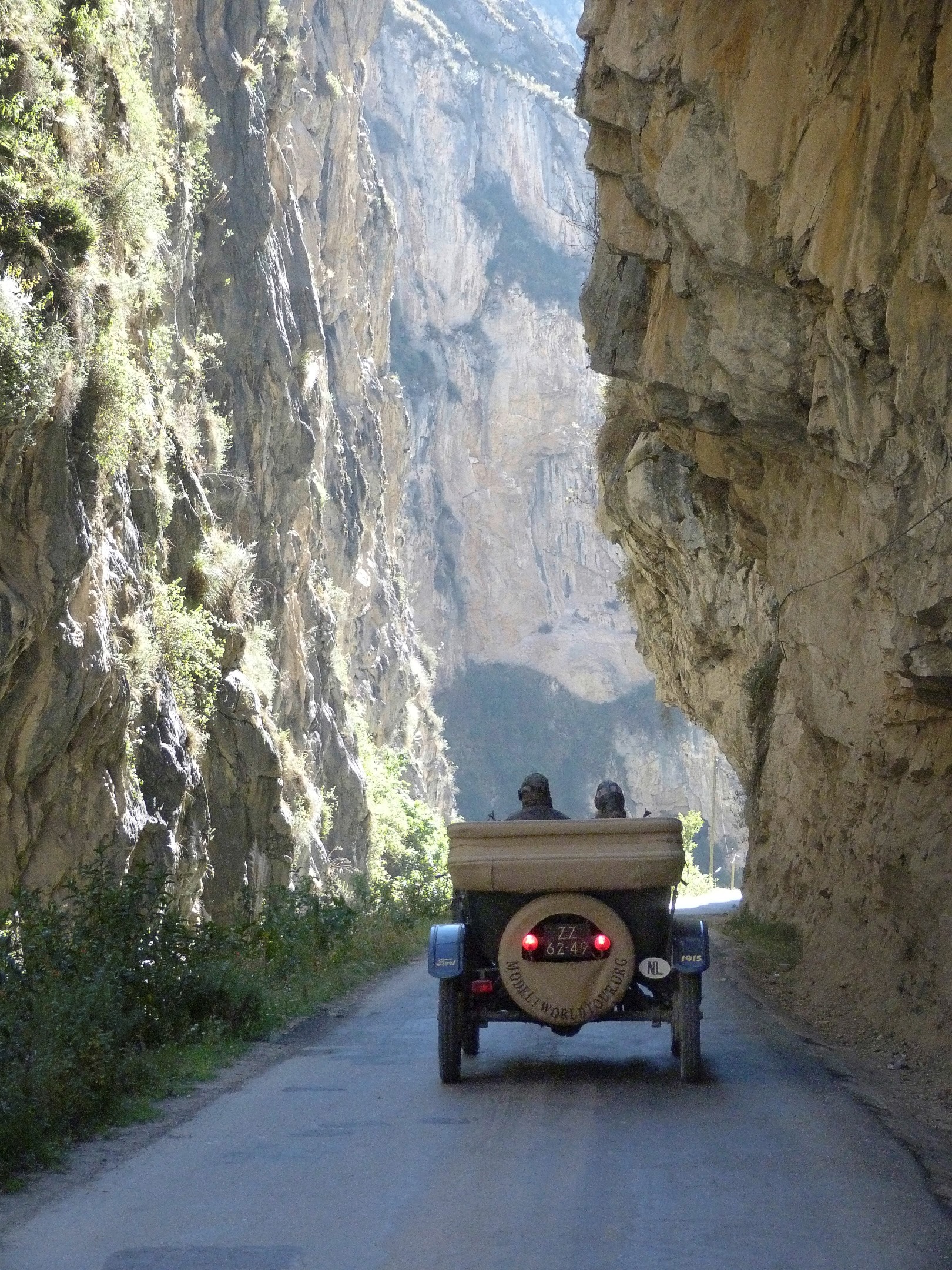 “In Africa we had to weld a broken front wheel at the local blacksmith. “I’m pretty handy, and a screwdriver, hammer, some duct tape, tie wraps and tensioning straps go a long way.”

Watch Dirk recount the highs and lows of their amazing journey so far: