CNG Fuels, the supplier of renewable biomethane fuel, and Waitrose, today announced that the supermarket group has introduced Europe’s most advanced fleet of CNG (compressed natural gas)-powered trucks with a range of up to 500 miles.

They will use game-changing technology developed jointly with Scania and Agility Fuel Solutions, the leading CNG fuel systems and cylinders company in North America. This will help overcome concerns about the distance that CNG-powered lorries are able to cover before refuelling. It also makes it easier for fleet operators to switch to renewable biomethane CNG, the most cost-effective and lowest carbon alternative to diesel for heavy goods vehicles (HGVs). 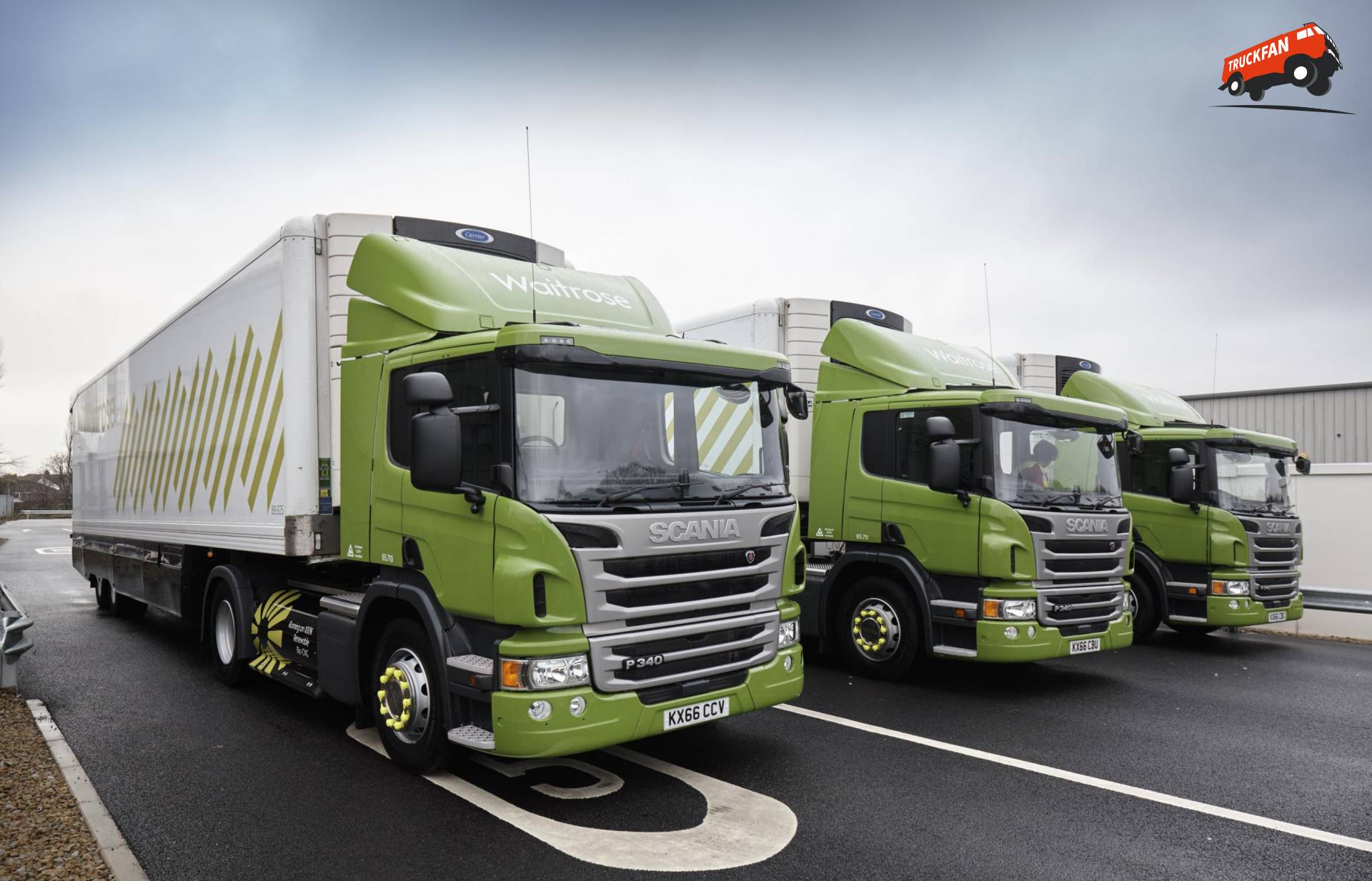 Ten new Scania-manufactured CNG trucks entered operation for Waitrose in January and will be used to make deliveries to the company’s stores in the Midlands and the North. They are the first in Europe to use twin 26-inch diameter carbon fibre fuel tanks which store gas at 250 bar of pressure to increase range from around 300 miles to as much as 500. It will allow them to always run entirely on biomethane, which is 35% to 40% cheaper than diesel and emits 70% less CO2.

The carbon fibre tanks, which are already in use in the US, were adapted and certified for the European market by Agility Fuel Solutions, thereby offering significant advantages over the standard European set-up of eight steel gas tanks. The vehicles are half a tonne lighter, hold more gas and can cover a greater distance depending on the load being carried. They are quicker to refuel and easier to maintain.

Each of Waitrose’s new CNG trucks costs 50% more than one which runs on diesel, but will repay the extra costs in two to three years with fuel savings of £15,000 to £20,000 a year depending on mileage. Its vehicles are likely to operate for at least five more years, generating overall lifetime savings of £75,000 to £100,000 compared with a diesel equivalent. Each lorry will save more than 100 tonnes of CO2 a year (versus diesel).

Justin Laney, General Manager Central Transport for the John Lewis Partnership (which incorporates Waitrose) said: “With Europe’s most advanced CNG trucks, we will be able to make deliveries to our stores without having to refuel away from base. Using biomethane will deliver significant environmental and operational benefits to our business. It’s much cleaner and quieter than diesel, and we can run five gas trucks for the same emissions as one diesel lorry.”

Philip Fjeld, CEO of CNG Fuels, added: “High pressure carbon-fibre fuel tanks demolish the ‘range anxiety’ concerns that have made many hauliers reluctant to move away from diesel to CNG. Renewable biomethane is far cheaper and cleaner than diesel, and, with a range of up to 500 miles, it is a game-changer for road transport operators.” 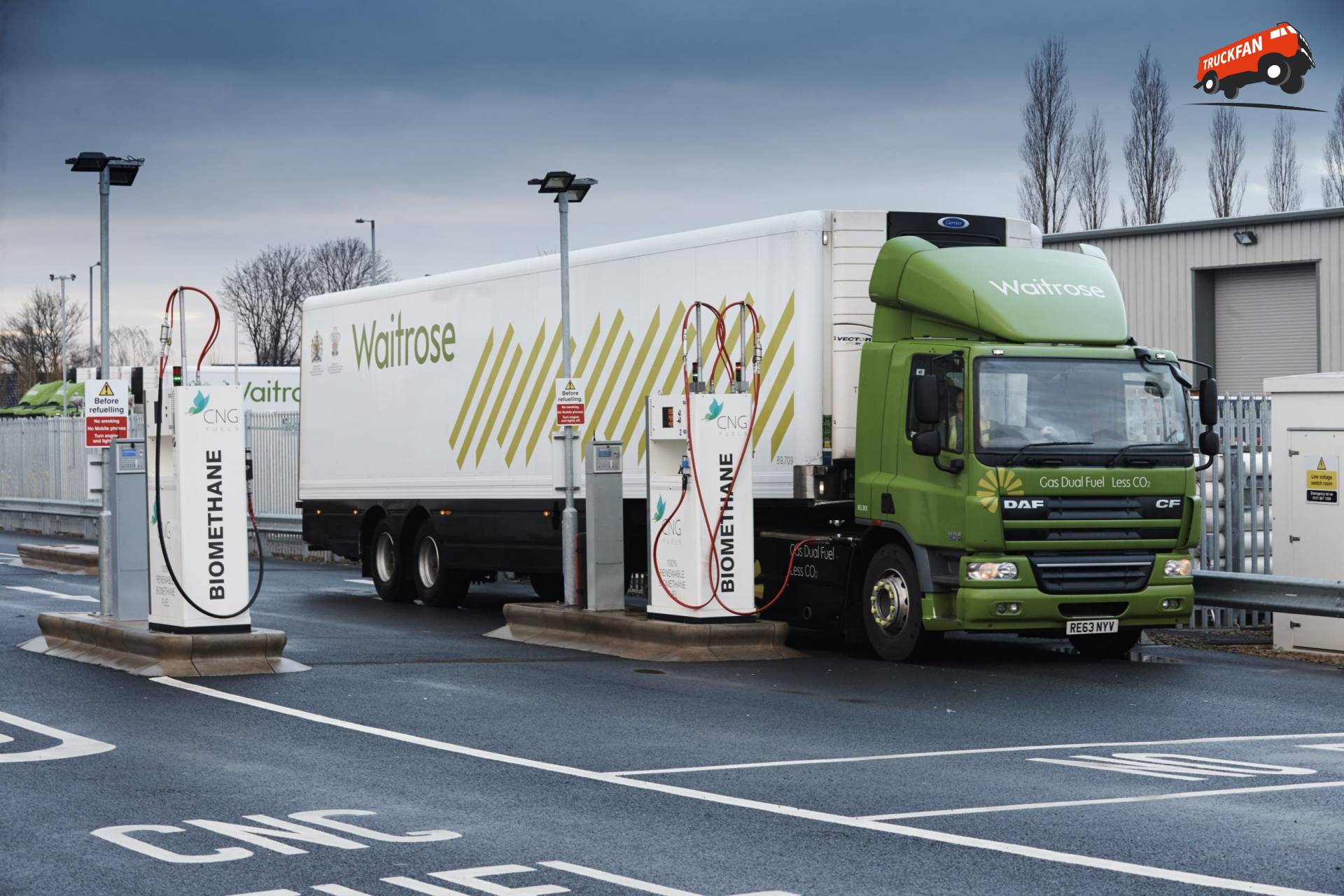 David Burke, Specialist Sales Executive – Gas for Scania (Great Britain) Limited, said: “Together with Waitrose and CNG Fuels we are developing a new UK market sector for dedicated gas vehicles which we believe will supersede the heavier dual-fuel models seen up until now. In addition to being cleaner and quieter than dual-fuel vehicles, our dedicated gas trucks offer the considerable operational advantages which come with having Scania as the single source of supply.”